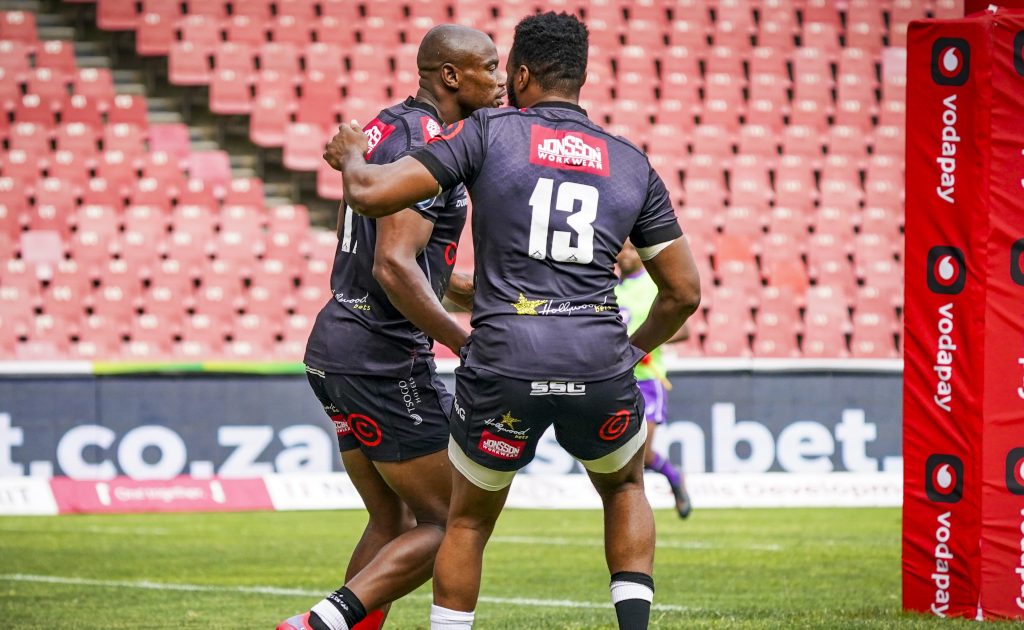 The Stormers produced a superb display to defeat the Bulls 30-26 and secure their second United Rugby Championship triumph of the season.

The visitors were outstanding in the opening period, hassling the Pretoria outfit throughout and going into an 11-0 advantage thanks to Seabelo Senatla’s try and two Manie Libbok penalties.

Senatla then went over to complete his brace and leave the hosts with it all to do, but Jake White’s men responded just before the break when Johan Grobbelaar crossed the whitewash.

That gave them the momentum going into the second period and quick-fire efforts from Madosh Tambwe and Embrose Papier put the Bulls in front.

When Elrigh Louw touched down to extend their lead to 26-18, it appeared as though White’s charges had taken the win, but the Stormers had other ideas.

Herschel Jantjies scored to reduce the arrears before Paul de Wet’s try in the latter stages of the contest snatched a dramatic victory.

Makazole Mapimpi scored a hat-trick of tries as the Sharks climbed to the top of the United Rugby Championship’s South African Shield with a thrilling 47-37 win over the Lions in Johannesburg.

Sean Everitt’s men fought back from conceding two early tries to emerge with a victory that sees them replace their hosts at the summit after six matches.

Andre Warner and Wandisile Simelane touched down inside the opening nine minutes, but the Sharks responded through Aphelele Fassi, Mapimpi (two) and Kerron van Vuuren to reach half-time at 27-18 up and with a bonus point already in the bag.

Ruben Schoeman, Edwill van der Merwe and Morne van den Berg crossed for the Lions as they secured a bonus point of their own in the second half, but Mapimpi also completed his hat-trick and Lukhanyo Am went over late on to secure victory.

Boeta Chamberlain kicked 12 points and Joaquin Diaz Bonilla booted five for the Sharks, while Lions fly-half Fred Zeilinga contributed 10 to his side’s cause and Tiaan Swanepoel scored a solitary conversion.