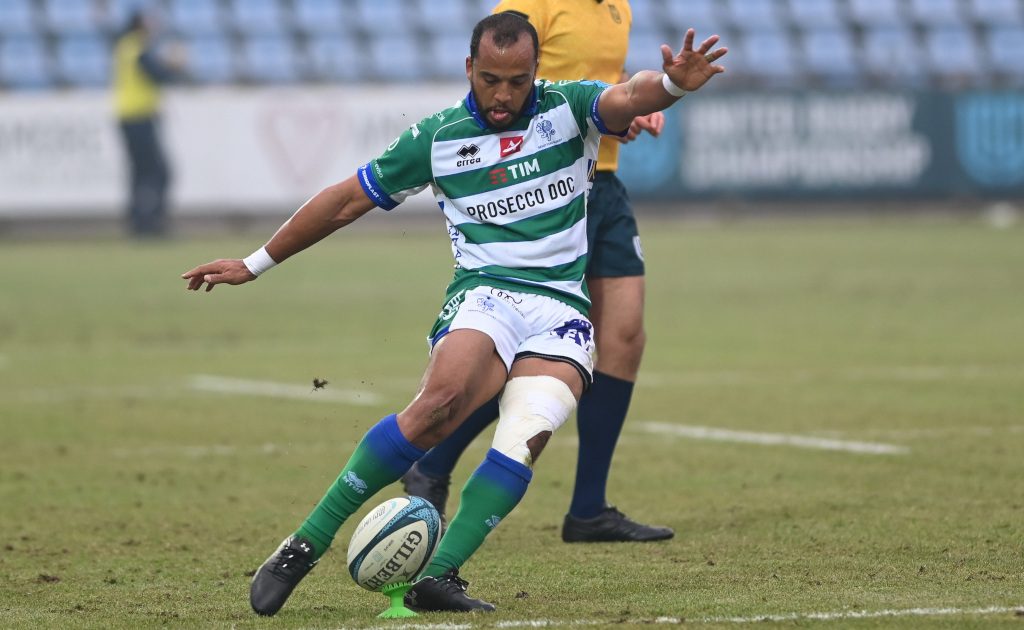 It was a rare United Rugby Championship win for Benetton this afternoon after they saw off Italian rivals Zebre Parma 39-17 at Stadio Comunale Di Monigo in Treviso.

Marco Bortolami’s side went into the interval with just a four-point lead but managed to score three tries in the second half to build on their winning margin, while remaining defensively sound.

Benetton‘s success in this URC fixture was largely attributed to full-back Rhyno Smith, who scored all but 10 of the hosts’ points with three tries, four conversions and two penalties.

Zebre failed to create a sustained attack to answer the hosts, with a mere two tries for the Parma-based side not enough to answer their opposition’s five.

Smith opened the scoring early on with a fantastic line on the inside of Ignacio Brex, allowing the Italian international centre to pop the ball to the 15 for a try after just 49 seconds.

After converting his score, Edoardo Padovani joined the party with an effort of his own 17 minutes into the game.

This 14-0 lead was quickly reduced after Jacopo Trulla scored for Zebre, with Carlo Canna adding the conversion along with a penalty he slotted.

After the interval, Smith decided he wasn’t done scoring and took the ball over the whitewash a further two times, adding the extras on each occasion.

The full-back also added two penalties to keep the scoreboard ticking over.

Zebre attempted to fight back with another Trulla try but the score did nothing but create a small dent in Benetton’s strong lead.

The score sat at 34-17 right up until the latter stages when winger Mattia Bellini crossed in the 79th minute to put the final nail in the coffin.