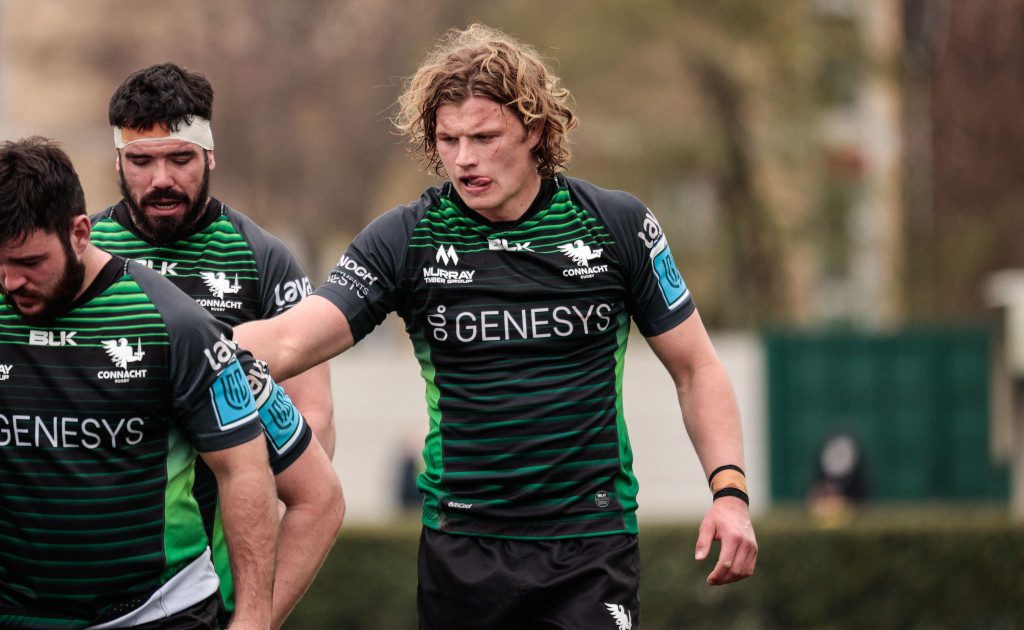 Cian Prendergast has signed a long-term contract extension with Connacht that will keep him at the province until 2025.

The form loose forward has been at Connacht since joining the academy in 2020 and only had one year left on his contract before extending.

Prendergast has made great strides with Connacht this season, earning him a spot in Ireland’s development squad ahead of the Six Nations.

The 22-year-old flanker is happy to be remaining at the United Rugby Championship side and thanked key people for showing faith in him.

“I’m delighted to commit to Connacht for at least another three years. I’ll be forever thankful to Eric Elwood and his Academy management for giving me the opportunity to join the set-up when I wasn’t sure what the future held for me,” Prendergast said.

“A huge thanks also to Andy Friend and the coaches for giving me the chance to play regularly at the highest level.

“We’ve got a really good group of players here and I firmly believe great things are on the horizon for us, and I can’t wait to play my part in it.”

Friend praised Prendergast’s attitude and professionalism and sees him only improving over the years.

“Cian is everything you want in a rugby player. He’s a consummate professional and is consistent in everything he does on and off the field,” Friend said.

“It was clear from his early days in the Academy that he was ready to make an impact with the pro team and since then he’s gone from strength to strength.

“He’s still only 22 so will only get better, and it’s another show of faith in what we aim to achieve as a group in the coming years.”