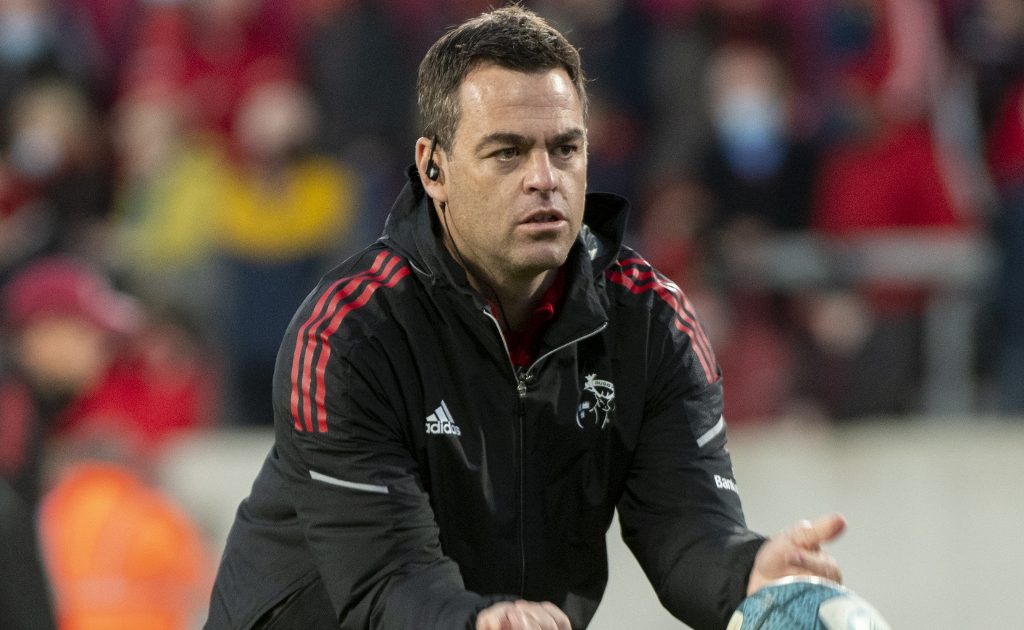 Munster head coach Johann van Graan was not unduly concerned after their loss to arch rivals Leinster meant they finished the regular season down in sixth position.

The Limerick outfit’s 35-25 defeat to a weakened Leinster side in the final round of the United Rugby Championship saw them fail to earn a home quarter-final.

With Leinster’s spot at the URC summit secured after their tour to South Africa, Munster needed a bonus-point win to secure second place and a win to claim the third spot.

It was not to be for the Limerick side as they fell short against their Irish rivals, who rested key players ahead of their Champions Cup final against La Rochelle next weekend.

Short of the mark

Munster coach Van Graan said his side knew all the permutations but could not get over the line.

“Jack [O’Donoghue] and I spoke about all the different scenarios this morning,” he told reporters.

“After the Stormers result, we knew if we wanted to get second, we needed five points. And then what happens if you have four points, three points plus four tries, two points, one point and zero points.

“The message when Leinster kicked that last penalty was if we score one more try, we have got four tries and we are within seven, so that’s what we went for to get us the two points, which would have had us at home. But that wasn’t to be.

Munster will now face Ulster in Belfast in the quarter-finals, and van Graan sees it as a “new competition now.”

“That’s the way the chips have fallen now,” said Van Graan. “We performed well the previous time we went up there but this is going to be a knock-out game, a quarter-final to progress further in the competition.

“Ulster are a quality side, a good forward pack with a good kicking game. It will be a new competition now, eight teams in it and if you want to go further you’ve got to win your quarter-final and that’s what we need to do against Ulster.”

Leinster coach Leo Cullen was rightfully pleased with the result and with his younger players putting their hands up.

“Right from the start Ryan Baird goes up, gets a hand on it, we get the ball down and it leads to a score inside the first couple of minutes of the game. Lots of really good stuff. Munster had their moments as well,” Cullen said.

“Overall we’re delighted to get the win. You see guys growing in terms of the experience bit, and you want them to be better in the future. And to get through that in front of over 30,000 people, it’s fantastic.”

READ MORE: Premiership: Northampton’s Chris Boyd praises his side for their ‘resilience’ after Saracens loss