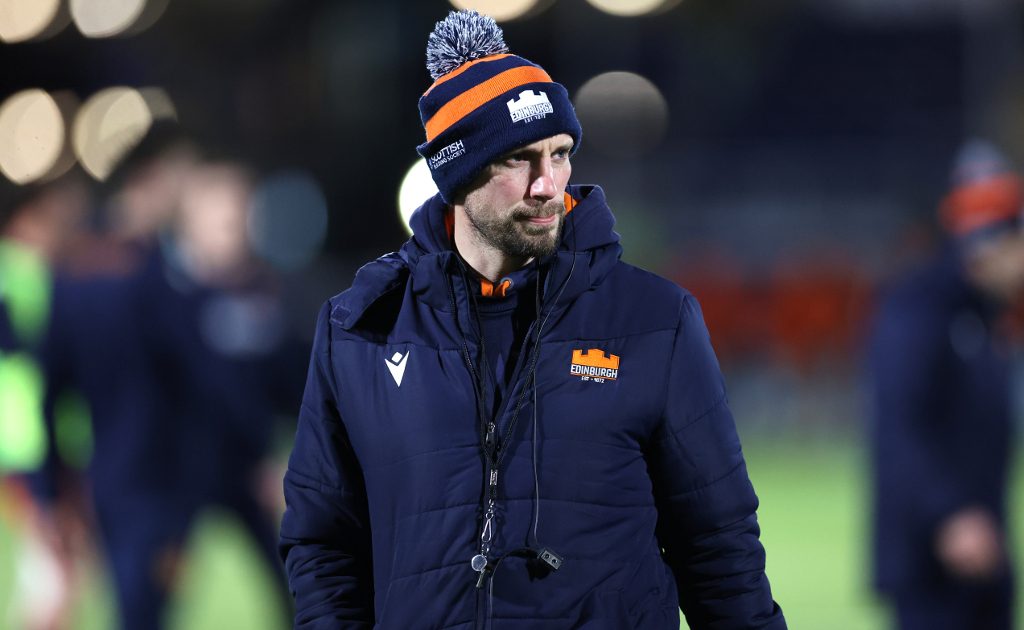 Edinburgh head coach Mike Blair had a big smile on his face after his side surprised all and sundry by claiming a 21-5 victory over the Sharks in Durban on Saturday.

Blair’s delight stems from the fact that the result was an historical one as they became the first European team to claim a United Rugby Championship victory on South African soil.

Delighted with the win

“I mean it was alright… No, we’re absolutely chuffed,” Blair told Edinburgh‘s official website after the match.

“We said to ourselves that it was going to take something special to be the first northern hemisphere team to win in South Africa this year and when we were driving here with the rain coming down I couldn’t decide if it was a good thing or a bad thing.

“We’re obviously a team who like to move the ball around and we wanted to do that against a big Sharks pack, but we’d also spoken about how important it was going to be to show character and how important it is for us to play for the jersey, and this gave us an opportunity to show that.

“We also knew that game management was going to be important, and I thought we did that really well. We controlled territory, we kicked really well, and I thought Emiliano Boffelli at the back was outstanding under the high ball.

“And the effort in defence to get off the line and go again just shows the excellent work Calum MacRae has been doing with the team.”

Blair had special praise for Blair Kinghorn’s performance after the fly-half crossed for a brace of tries either side of half-time.

“We’ve encouraged him – both myself and Gregor [Townsend] – to understand that he’s a real threat with ball in hand,” he said.

“He’s a different kind of 10, so if a seam opens up, we want him to take that seam. With other 10s, you might want them to be what Calum MacRae calls a ‘dinner-suit 10’, so you make the pass the re-align and go again.

“We want Blair to take on the line, and that’s what he did in the first half, and he did it against in the lead-up to Emiliano’s try, so he was excellent today.”

The Edinburgh coach highlighted the importance of the victory but is not getting carried away after the result.

“I want us to enjoy the wins, but I don’t want us to over-celebrate them, because I believe that good teams are built on consistency of results,” he added.

“We’ve got a huge game against the Lions next week, which is really important for the league, so I ‘d rather not see this as a one-off game.

“I’d rather come back after the Lions game and say this was a successful mini-tour, rather than just focus on this individual win.”

As the scoreline suggests, Edinburgh were deserved winners and Blair was delighted with his team’s all-round performance.

“I thought we controlled the kicking game well,” he said. “Ben Vellacott, on the whole, kicked excellently and we were able to really pressurise that breakdown.

“On the flipside, I thought that back three, and Emiliano in particular, really dealt with the aerial threat, which is something he has been really confident at this year,

“Sharks will probably be kicking themselves because they missed some opportunities – they fumbled one short close to the line and missed a couple of kicks at goal – so we are aware of that.

“We’re not going to sugar-coat everything, there were opportunities for Sharks and we got the rub of the green a little bit today, but that’s not to take away from the effort and the smarts that we had in the game.”

Edinburgh’s next match is against the Lions in Johannesburg on Saturday and although their opponents were in poor form during the early stages of the tournament, Blair is not underestimating his opponents, who have improved in recent weeks.

“The Lions struggled at the start – I think they had only one win in the first six or seven – but Joburg is not an easy place to go and play,” he said.

“I think they have only one away game left from their last six games, so they are going to be eyeing play-off slots, and it is another great challenge for us, because they’ve certainly come back into this comp really well, as have all the South African teams.”