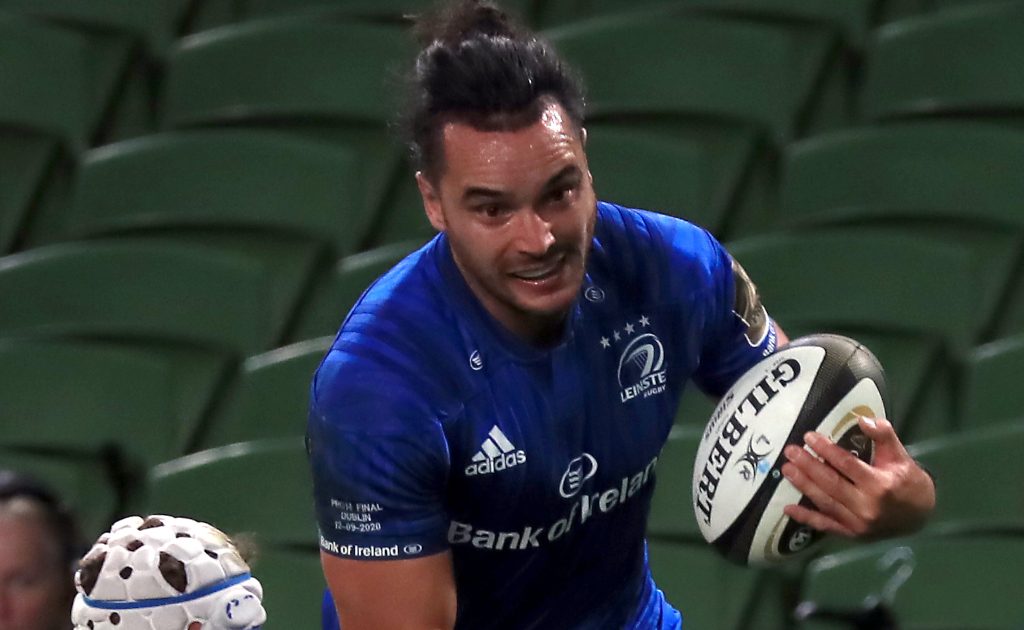 Leinster claimed the derby spoils once more as they overcame arch rivals Munster 34-19 in the United Rugby Championship at Thomond Park on Saturday.

Despite the Limerick outfit claiming a victory the last time these two teams met in the Rainbow Cup, the Dubliners have generally held the upper hand over the last few years.

And they controlled the majority of this match, despite only holding a 14-12 lead at the break.

Joey Carbery kicked four three-pointers in the first half thanks to Leinster’s ill-discipline, but Leo Cullen’s men were more dangerous with ball in hand and scored the only try prior to the break as Garry Ringrose went over.

Ross Byrne also kicked three penalties before the visitors ramped up the intensity in the second period and took the game away from the hosts.

Scores from James Lowe and Jimmy O’Brien put them in command and although Damian de Allende briefly gave Munster hope, Lowe’s second try sealed an excellent victory for the Leinstermen.

Leo Cullen’s men built a number of early phases before fly-half Byrne kicked them ahead. Carbery, who was tackled high by Jack Conan, landed a levelling 13th-minute penalty.

A smart Leinster move off a lineout had O’Brien and Lowe stretching their legs. The pack pounded away before Byrne swung a pass wide for Ringrose to go over unopposed in the corner.

With the conversion missed, Carbery punished a second high tackle to close the gap to 8-6, before then cancelling out a Byrne effort.

Carbery duly nudged Munster in front with a 36th-minute place-kick, only for Leinster to force a late turnover and set up Byrne to boot them back in front.

Notably, with Caelan Doris becoming more prominent, Leinster went up a gear on the restart as Byrne and Robbie Henshaw sent Lowe reaching over for an unconverted 47th-minute try.

The lead was extended further after some very good hands in midfield – particularly from Henshaw – freed up space for the lively O’Brien to get past Conor Murray and finish smartly. Byrne added the conversion.

Craig Casey’s introduction sparked Munster as they looked for a response, the scrum-half going close from a quick tap before fellow replacement Ben Healy released De Allende for the line. The home crowd erupted and Carbery converted.

It was game on again with Healy at fly-half and Carbery moved to full-back, but Leinster coolly wrapped up the result when Byrne’s scooped pass sent Lowe over in the corner with seven minutes remaining.

A 14-man Scarlets side secured an impressive 35-20 triumph over Cardiff in the United Rugby Championship.

The hosts had Sione Kalamafoni sent off early in the second period for a dangerous tackle, but by that point they were 22-13 ahead.

Sam Costelow, Johnny McNicholl and Kalamafoni himself all crossed the whitewash in the first half, while Costelow added two conversions and a penalty.

After the number eight had been dismissed, Costelow added a three-pointer and McNicholl touched down to effectively put them out of sight.

Josh Adams scored for Cardiff in the first half and James Botham added another try late on, but it was a disappointing evening for Dai Young’s men.

Marcell Coetzee emerged as Ulster’s chief tormentor by blasting over for the crucial try against his old team-mates as the Bulls ran out 34-16 winners in Pretoria.

Few thrills were produced in a first half dominated by the defences and the whistle of referee Andrea Piardi that allowed Nathan Doak to kick the Irish province into a 9-3 interval lead.

But in 25 degree heat at Loftus Versfeld, the Bulls then ignited, with powerful flanker Coetzee crossing in the 44th minute to wrestle the advantage away from Ulster before Madosh Tambwe, Johan Grobbelaar and Kurt-Lee Arendse added further tries to complete a bonus-point victory.

A late yellow card for a dangerous tackle cast a minor shadow on Coetzee’s afternoon, but he had already left his mark on the side where he spent five seasons until 2021.

Edinburgh failed to complete a South African double as they slipped to a 15-9 United Rugby Championship defeat by the Lions in Johannesburg.

Mike Blair’s men had become the first northern hemisphere side to win on South African soil this season when they triumphed over the Sharks in Durban last weekend.

However, they came up short at Emirates Airline Park as the Lions maintained their resurgence with a fourth consecutive United Rugby Championship triumph.

Jordan Hendrikse and Vincent Tshituka touched down for the hosts, while Edinburgh were limited to nine points from the boots of Henry Immelman and Emiliano Boffelli.

Stormers too good for the Ospreys

The Stormers completed a clean sweep of victories for South African teams in the United Rugby Championship this weekend after dispatching the Ospreys 29-13 in Cape Town.

Eight players returned from Guinness Six Nations duty with Wales to bolster the visitors yet they still collapsed to a four-try rout that comes a week after they were crushed 45-15 by the Lions.

From the moment scrum-half Paul De Wet finished a dazzling move in the sixth minute, it was clear the South African Shield leaders were operating at a different level as they climbed back to sixth in the overall table.

Barely a shot was fired by the Welsh region, who are still searching for a first away win since October, and the writing was on the wall when they fell 14-3 behind inside the opening 10 minutes.

Tietie Tuimauga rescued a vital win for Connacht after they looked to have thrown away victory in a 21-17 triumph at Benetton.

However, Tuimauga forced his way over under the posts in the 75th minute for a win that preserves Connacht’s play-off hopes.