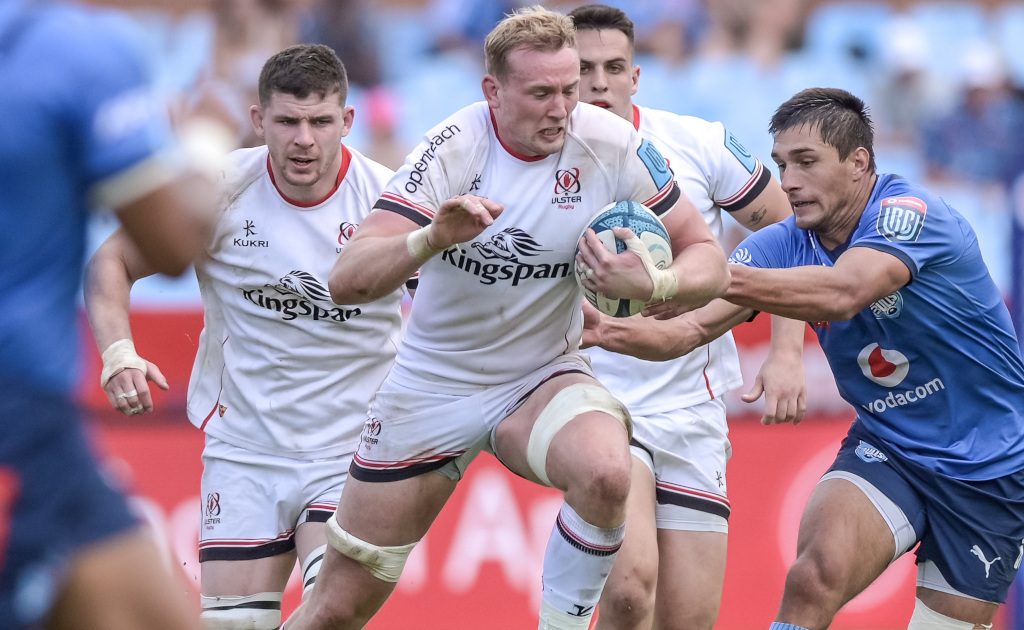 Former Ireland international Stephen Ferris thinks Kieran Treadwell’s sin-binning against the Bulls in their 34-16 loss was costly and an “absolute joke”.

The yellow card came at a delicate point in the game with only 15 minutes left and was given for a high tackle on the Bulls full-back Kurt-Lee Arendse.

Capitalised on the numerical advantage

“It’s an absolute joke, it is a complete joke,” said Ferris after the game.

“You can clearly see it’s on the ball and if anything his face (Arendse’s face) brushed the jersey and there is no direct impact to the head. None whatsoever.

“You can freeze frame it all you want, but play it in real time and for me that isn’t even a penalty. Yes, a couple of inches higher it’s a really dangerous tackle.

“That’s what we’re trying to get away from, but if this is going to be a yellow card going forward?

“And what happens two minutes afterwards? Maul try, Grobbelaar. And for me that was the game.”

Former Springbok Bob Skinstad agreed with Ferris and claimed the yellow card took the sting out of the game in the final stages.

“Look, player welfare is paramount, but for me that’s a jobsworth role where he (the TMO) has got absolutely no place getting involved there,” said Skinstad.

“That is literally cause and effect, it’s rugby and he (Treadwell) has made a tackle. I don’t think there was a smart or technically proficient piece of adjudication.

“I’m sad because the game was coming into its own. It was exciting, Ulster had just scored. I’m not happy with that.

“You can hide behind protecting the head and say let’s stop for every tiny little brush of an elbow going past some guy’s neck area by mistake.

“Literally, you could be playing touch rugby and hit someone with your elbow so I don’t think we should be called back for that kind of thing. Ever again. It’s ridiculous.”

READ MORE: Leinster too strong for Munster once again after South Africans complete another clean sweep