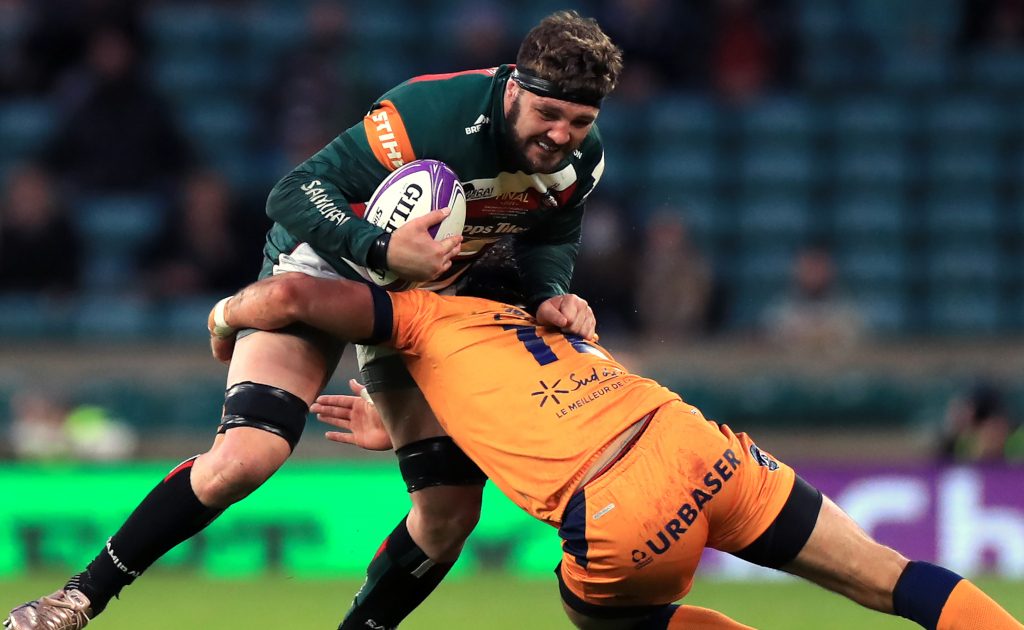 There’s two games kicking off the United Rugby Championship round on Friday as the Bulls face Scarlets before Glasgow Warriors and Edinburgh clash.

Back-row Cyle Brink will make his United Rugby Championship debut for the Bulls when they take on Scarlets at Loftus Versfeld on Friday.

The Bulls will end what has been a demanding week of rugby with a visit from the Llanelli-based side, this on the back of a midweek Currie Cup win over the Sharks on Wednesday and a historic URC victory against Munster last Saturday.

Some of the changes to the team from the match against Munster will see Canan Moodie earning a starting berth at wing, while Cornal Hendricks shifts to outside centre, where he will form a midfield pairing with Harold Vorster.

Zak Burger returns to the starting XV at scrum-half, while in the forwards Brink will don the seven jersey.

Meanwhile, Argentina international Tomas Lezana returns from injury for the Scarlets’ second game of their South African tour, against the Bulls in Pretoria.

Lezana hasn’t played since picking up an ankle injury during the Champions Cup defeat in Bordeaux in January and is one of eight changes, one positional, to the Scarlets starting XV for the rescheduled URC clash.

In the back three, Ioan Nicholas, who has recovered from a hamstring issue, replaces the injured Tom Rogers, while a fit-again Ryan Conbeer comes in for Corey Baldwin on the left wing.

Johnny Williams and captain Scott Williams are paired in midfield for the fourth successive week, while Rhys Patchell has been passed fit to start at fly-half and he will partner scrum-half Dane Blacker.

In the front-row, Kemsley Mathias gets the nod at loose-head for his first start in the competition, while Javan Sebastian comes in for the injured Samson Lee at tighthead. Lee suffered a rupture of an Achilles tendon in training this week and has flown back to the UK.

Sam Lousi and Jac Price continue at lock, while there is a reshuffle in the back-row. Aaron Shingler is named at blindside, Lezana replaces Dan Davis at openside and Blade Thomson switches to number eight with Sione Kalamafoni named among the replacements.

There is also a welcome return of Wales international prop Rob Evans, who is set for his first appearance since picking up a knee injury against the Ospreys on New Year’s Day. Lock Morgan Jones is another who comes onto the bench.

Glasgow Warriors head coach Danny Wilson has made seven alterations to the starting XV for Friday’s 1872 Cup clash with Edinburgh.

The two teams come into the match – which will be played at a sold-out Scotstoun for the first time since December 2019 – tied on points in the United Rugby Championship standings, with the Warriors edging ahead of their cross-country rivals by virtue of recording more wins in the competition to date.

Murphy Walker starts a professional match for the first time after being named at loosehead, the prop having been released from his first call-up to Scotland camp to join Johnny Matthews and Simon Berghan in the front-row.

A familiar second-row partnership comes into the engine room for the game, as Richie Gray pairs up with Scott Cummings after the latter’s recovery from injury.

Thomas Gordon comes into the pack at openside, linking up with captain Ryan Wilson and the league’s leading carrier Jack Dempsey in the back-row.

Jamie Dobie and Duncan Weir continue their partnership in the half-backs, with Weir playing in his first 1872 Cup clash for Glasgow since the 2015/16 campaign.

Stafford McDowall and Robbie Fergusson are selected as the midfield combination, making it a club reunion in the centres for the former Ayr RFC standouts.

Sebastian Cancelliere comes into the back three in place of the injured Ollie Smith, with Josh McKay shifting to full-back and Cole Forbes completing the starting line-up.

On the bench, Grant Stewart is in line for his first appearance of the 2021/22 campaign after being selected as the cover at hooker.

Ewan McQuillin retains his place in the matchday squad after his first outing for the Warriors in two years against the Scarlets, as Nathan McBeth wears the number 17 shirt as replacement loosehead.

Kiran McDonald and Ally Miller rotate to the bench after starting in Llanelli last time out, with Jordan Lenac and Ross Thompson continuing amongst the replacement backs.

The matchday 23 is rounded out by the return of Sione Tuipulotu from Scotland camp, as the centre prepares for his first taste of an 1872 Cup derby and a first Glasgow appearance since his Player of the Match-winning performance in January’s victory away to Connacht.

Meanwhile, Edinburgh head coach Mike Blair has made three changes to his side for the 1872 Cup first leg match.

Centre Matt Currie, fly-half Jaco van der Walt and loosehead prop Harrison Courtney come into the side that claimed a bonus-point win against Connacht a fortnight ago, as Blair names a settled starting line-up for Act One of the rescheduled intercity derbies.

The capital side will also be able to call on experience from the bench, with Jamie Hodgson, Magnus Bradbury and Ben Vellacott all released from Scotland camp, while tighthead prop Luan de Bruin returns from injury and could make his first appearance since January.

An unchanged back-three sees Henry Immelman continue at full-back, with Argentine internationals Emiliano Boffelli and Ramiro Moyano – both try-scorers in the win over Connacht – selected on opposite wings.

Club centurion Chris Dean – who provided two-try assists in the win over the Irishmen – is paired with academy graduate Currie in midfield, while scrum-half Henry Pyrgos is again named captain in an experienced half-back pairing with fellow Scotland cap Van der Walt.

Up front, vice-captain and hooker Dave Cherry packs down alongside recently re-signed props Courtney and Angus Williams, as an unchanged lock combination of Pierce Phillips and Glen Young complete the tight-five.