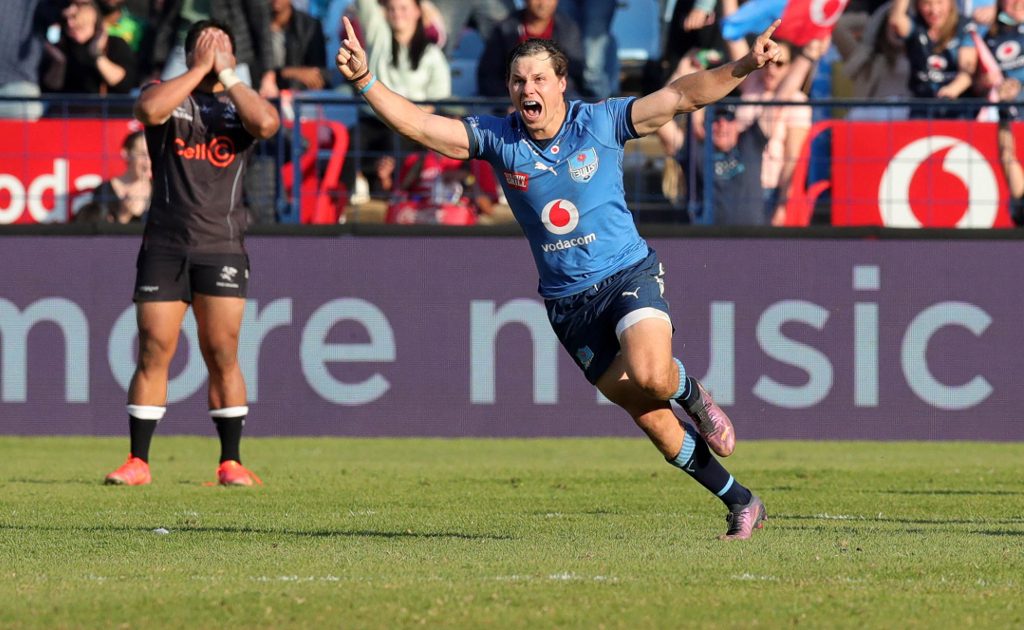 Chris Smith was the hero for the Bulls as he slotted an injury time drop-goal which helped his side to clinch a thrilling 30-27 victory over the Sharks in their United Rugby Championship quarter-final in Pretoria on Saturday.

In a drama-filled and action-packed encounter, both sides scored three tries apiece with Madosh Tambwe, Marcell Coetzee and Cornal Hendricks crossing the whitewash for the home side and Smith finished with a 15-point haul after also slotting three conversions and two penalties.

For the Sharks, Bongi Mbonambi, Jaden Hendrikse and Sikhumbuzo Notshe dotted down while Curwin Bosch succeeded with a three conversions and two penalties.

The sides were locked at 27-27 and heading for extra time when Smith split the posts with the clock approaching 84 minutes.

It had been a tight affair for the most part, with the sides tied at 13-13 at half-time following tries for Tambwe and Mbonambi.

Coetzee and Hendricks went over early in the second period as the Bulls looked to have taken a decisive grip on the match, but the Sharks responded through Hendrikse and Notshe before Smith’s late intervention.

Bosch opened the scoring from the tee in the fifth minute and it was the Sharks who made most of the early running.

However, it was the Bulls who crossed for the game’s opening try in the 13th minute, with Canan Moodie’s interception putting the hosts deep in Sharks territory. Although Moodie was shoved off the ball by Makazole Mapimpi on the brink of scoring after chasing down his own kick, Tambwe was on hand to finish the job.

Smith added the extras, but the Bulls’ advantage lasted only four minutes, with Mbonambi going over from a driving maul and Bosch converting.

Two more Smith penalties and another for Bosch sent the sides in level at half-time, as execution let both teams down in their respective pursuits of a second try.

Coetzee then crashed over following a period of pressure from the Bulls on the Sharks’ line early in the second half, and there was daylight between the sides when some excellent hands created the opportunity for Hendricks to touch down. Smith converted both for a 27-13 lead.

The Sharks fought back with a Hendrikse try just short of the hour mark that Bosch converted and continued to probe until Notshe went over for a score that opened the door for the fly-half to restore parity with six minutes to play.

However, after some patient work in the Sharks’ 22, the ball found its way to Smith in the pocket to send over a match-winning drop-goal in front of the posts.