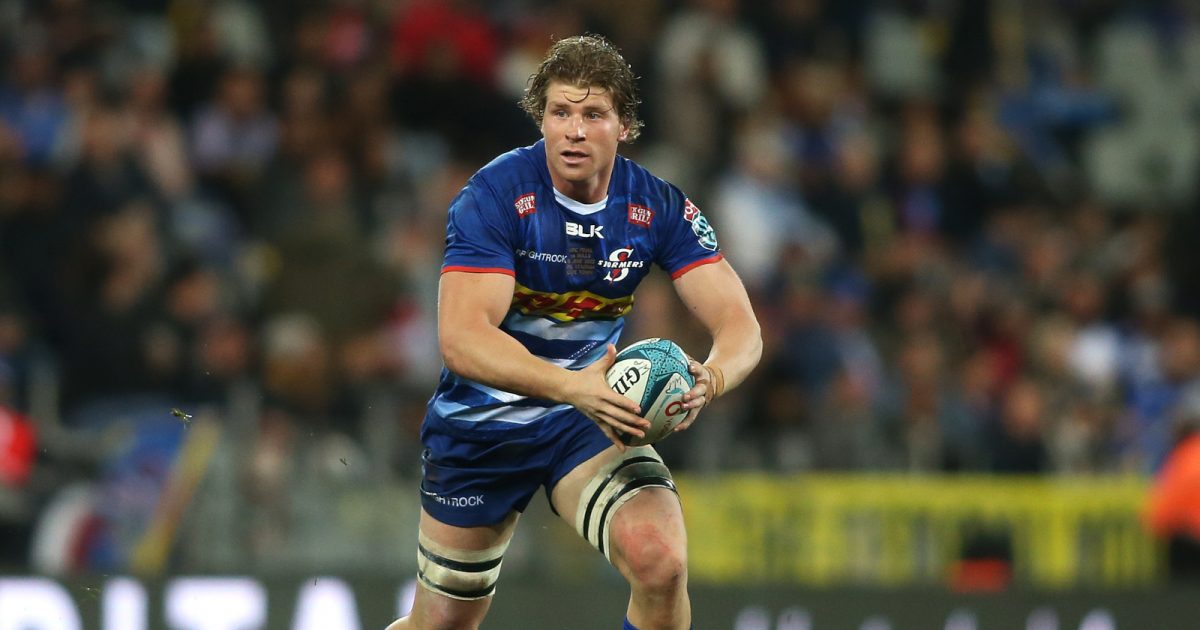 The Stormers number eight has enjoyed one of the best individual seasons in recent memory, taking home five United Rugby Championship awards and a spot in the dream team to show for his efforts. Roos completed the most successful carries at 149, beating 60 defenders, a competition high. Sheer work rate, physicality and speed off the mark have been key components to a practically perfect season. The Springbok call-up performed better than any other player this season and is a no-brainer for this award.

A huge play from the @THESTORMERS No.8

The Connacht loose forward has played brilliantly this season, showing an impressive work rate across the park, making 167 tackles in the tournament which showcased his defensive prowess. Prendergast was an essential ball carrier for the Irish province with 102 carries and 15 defenders beaten. His solid season did not go unnoticed as the flank signed a long-term contract with Connacht and is one of five uncapped players in Andy Farrell’s Ireland squad in New Zealand.

Being crowned URC champions was a fantastic achievement from the Stormers but they had to overcome overwhelming odds to achieve that feat. Two weeks before the start of the tournament, reports from South Africa suggested that the Stormers might lose their spot in the tournament to the Cheetahs due to ongoing financial problems within the Western Province Rugby Football Union. The competition eventually proceeded with the Stormers but they still struggled during its initial stages and only claimed their first victory in Round Four when they beat the Dragons. Despite that triumph, they still battled and lost at home to the Lions early in December before finally hitting their straps as they won 13 of their next 15 matches – with a loss to Connacht and a draw against the Sharks the only blemishes on their winning record during that period – en route to their 18-13 triumph over the Bulls in the final.

“We wanted to get Cape Town smiling again!” 👏

Once again, the Johann van Graan-coached outfit failed to deliver the goods when it really mattered and after finishing as runners-up during last season’s PRO14, they were expected to go one better by winning the inaugural URC title in 2022. It wasn’t to be, however, as the Munstermen delivered a mixed bag of results during their campaign as they finished the league phase of the competition with a record of 18 games played, 11 victories and seven defeats. Added to that is their 36-17 quarter-final loss to Ulster – a match in which they were chasing the game for long periods before the home side sealed an emphatic win. If one compares Munster’s statistics in last season’s PRO14 to this season’s effort in the URC, there is a big difference as apart from losing to Leinster in 2021’s final, they only suffered two other defeats in that tournament and notched 14 victories.

Match of the season: Bulls‘ semi-final win over Leinster

The Bulls went into their semi-final against Leinster at the RDS Arena as overwhelming underdogs as the Irish province came into the showdown on a high after clinching a convincing quarter-final win against Glasgow Warriors at the same venue the previous week. The bullies became the bullied as the Pretoria-based outfit took the fight to the Leinstermen, with the Bulls’ dominance in the forward exchanges setting up their victory. Although Leinster opened the scoring via a Dan Sheehan try, the Bulls soon took control of proceedings with five-pointers from Johan Grobbelaar and Marcell Coetzee before Robbie Henshaw crossed the whitewash late in the second half, which meant the visitors led 17-14 at half-time. After the interval it was more of the same as the Bulls went further ahead courtesy of a penalty try before Rory O’Loughlin reduced the deficit when he crossed the whitewash. However, Johnny Sexton failed to convert and when Morne Steyn slotted a penalty in the 77th minute the Bulls held a 27-19 lead. Leinster struck back with a converted Cian Healy score in injury time but it was too little too late as the South African side clinched a 27-26 win.

The Irish wing will look fondly on the 2021/22 season that included a breakthrough campaign with Ireland. However, his exploits against the Bulls in Round Two earned him this award. Hansen superbly takes a high ball in traffic, skins the initial defenders on the outside and then slaloms in and out, baffling defenders to go all the way and score in a 60-metre solo effort. A truly magnificent try.

The defensive play of the season: Rob Russell (Leinster)

The Leinster wing produced a sublime defensive effort against the Stormers in Cape Town. The hosts pounced on a loose ball before swinging it out to Seabelo Senalta, whose pace needs no introduction to the rugby world. The South African made a beeline for the corner, and the try looked inevitable. Still, Russell had other ideas as he chased tremendously hard to make a try-saving tackle taking Senatla into touch only metres from the Leinster line. Sheer determination and flawless technique. Superb effort.

A heartwarming end to the URC campaign underlined the spirit of rugby. Title winners, the Stormers, were handed their medals by young fans in what was a brilliant idea for the medal ceremony. The youngsters were filled with joy as they put medals over the necks of players, who responded in kind by either lifting them up or sharing a high five. It was a special moment that will live in the minds of both the fans and players for years to come.