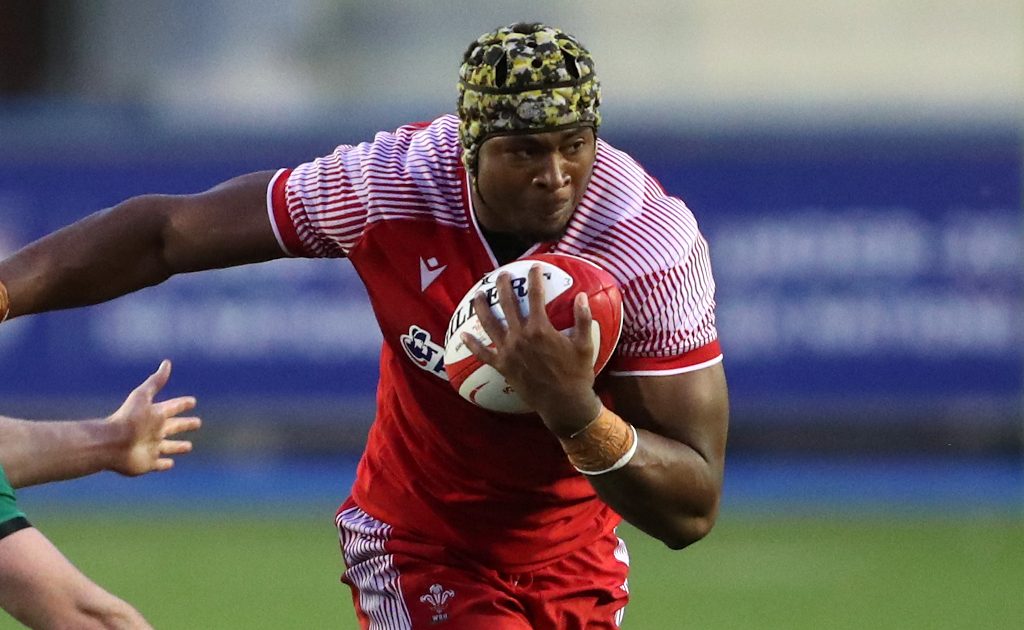 Elsewhere, fly-half Gareth Anscombe and flanker Ellis Jenkins have both been included by Pivac following long absences from international rugby.

Gareth Anscombe back in the Wales fold

Ospreys’ Anscombe has not played for Wales since suffering a knee injury in August 2019, and it is almost three years since Cardiff flanker Jenkins last featured, having also been sidelined by knee problems.

Tshiunza can play in the back-row and second-row, with Wales naming him among their lock contingent.

The comeback theme, meanwhile, is continued by ex-Bath playmaker and current Cardiff fly-half Rhys Priestland, whose 50th and most recent Wales outing was against New Zealand in 2017.

The squad also includes Wasps flanker Thomas Young, who will move to Cardiff for next season.

The 29-year-old, capped three times, has been ineligible for Wales in recent seasons due to a senior player selection policy that means players plying their trade outside of Wales cannot be selected if they have won fewer than 60 caps.

But it is understood he has received dispensation to be available for Wales immediately following confirmation of his move to Cardiff for next term.

The clause was used in scrum-half Rhys Webb’s case ahead of the 2020 Six Nations after it was announced he would be rejoining the Ospreys from Toulon.

Pivac is without a number of injured players, with the likes of Leigh Halfpenny, George North, Justin Tipuric and Josh Navidi all absent.

And as Wales’ series opener against New Zealand on October 30 falls outside World Rugby’s international window, it means Premiership-based players will not be released for that fixture, ruling out Tshiunza, Young, Louis Rees-Zammit, Nick Tompkins, Dan Biggar, Callum Sheedy and Taulupe Faletau.

Wales then face South Africa, Fiji and Australia, and Pivac said: “We understand that the opening game against the All Blacks is outside of the international window, but I believe that we all need this game after what has been a particularly difficult time for everyone because of the global pandemic.

“It will be fantastic to play in front of a capacity crowd once again, with a number of these players getting to experience that for the first time.

“Injuries in certain positions, particularly at openside, have forced us to look a little bit deeper than we would normally, but what it does mean is that more players have an opportunity to be exposed to this level of rugby.”

*Unavailable for selection for New Zealand