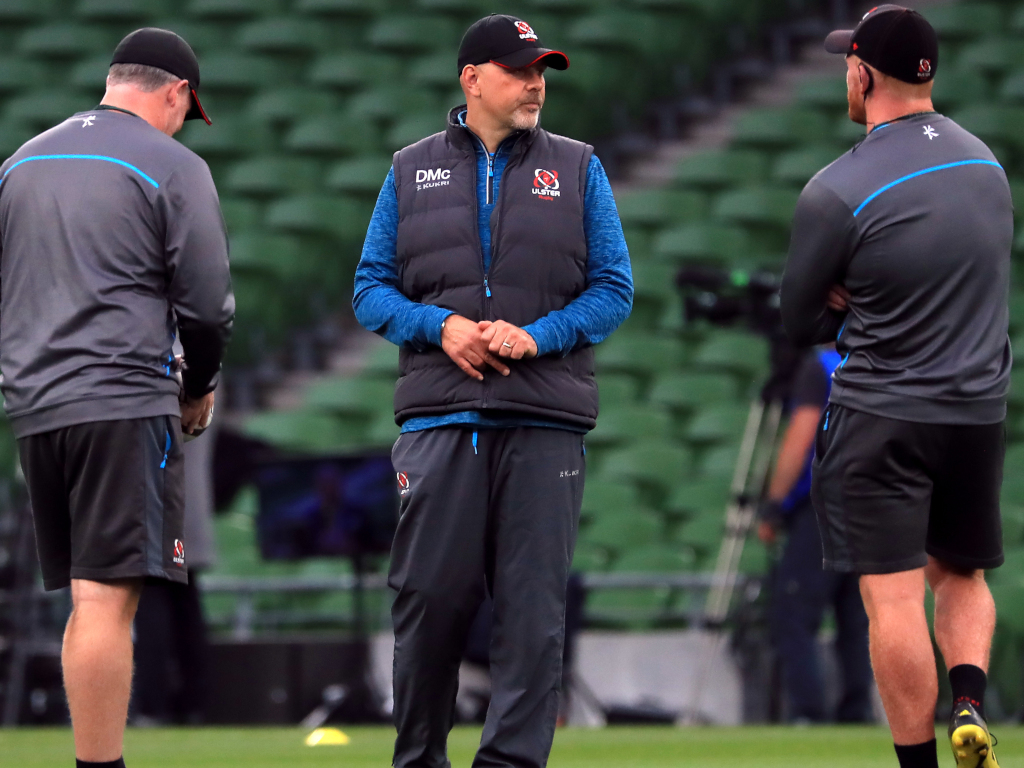 The Northern Irish province held a 17-6 lead at half-time but struggled after the interval before suffering a 33-24 defeat.

That result means Ulster’s long wait for silverware continues and it’s made more painful by the fact that were in control of proceedings before allowing their opponents back into the game.

“We don’t move on from this quickly,” McFarland told the Belfast Telegraph after the game. “That was a chance to be in a European final. I’d be really disappointed with the situation that we’re in.

“We demonstrated in the first-half that when we were able to execute we were by far the better team. Their kicking game was superb throughout the game, ours dropped off, and as a consequence they won the match.

“We’re not recovering from that quickly.”

“He was more influential in the second-half because he was flawless in what he was doing,” he added.

“He was excellent in the second-half. We got caught out in the back-three with some of our positioning and our kicking in return wasn’t accurate enough.

“I think it went away from us because we made errors in the kicking game.

“What worked well for us in the first-half in terms of getting us in good positions didn’t work in the third quarter. In fact it did the opposite, it put them into positions to attack and to put us under pressure.

“The fact was we didn’t put ourselves in position in that third quarter.”