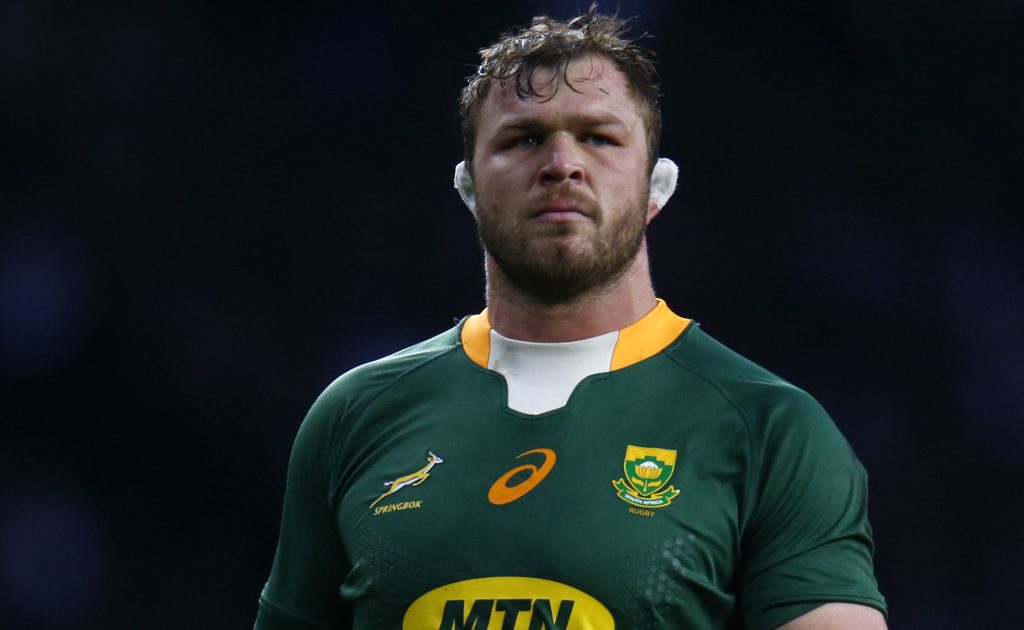 The 35-year-old, who was part of South Africa’s victorious squad at the 2019 Rugby World Cup in Japan has signed a contract with the Northern Irish province until 2023.

Vermeulen started at number eight for the Boks during their recent Autumn Nations Series Tests against Wales, Scotland and England.

He was also named in the Barbarians team scheduled to face Samoa at Twickenham last weekend, but that game was cancelled 90 minutes before kick-off following positive Covid tests in the Baa-baas camp.

In a statement, Ulster said: “Ulster Rugby can confirm there will be a delay in Duane Vermeulen joining up with the senior men’s squad following his arrival in Belfast.

“As a result of testing positive for Covid-19 prior to entering the professional squad bubble, Vermeulen will not train with the team this week.

“He will continue to be monitored medically and is currently well.

“The Public Health Agency has been contacted and it is expected that he will integrate into the squad over the course of next week.”

Ulster’s next game is a United Rugby Championship clash against Ospreys in Swansea on Saturday, followed by a Heineken Champions Cup opener away to French club Clermont Auvergne seven days later.