Home Champions Cup Ulster get the better of Racing 92 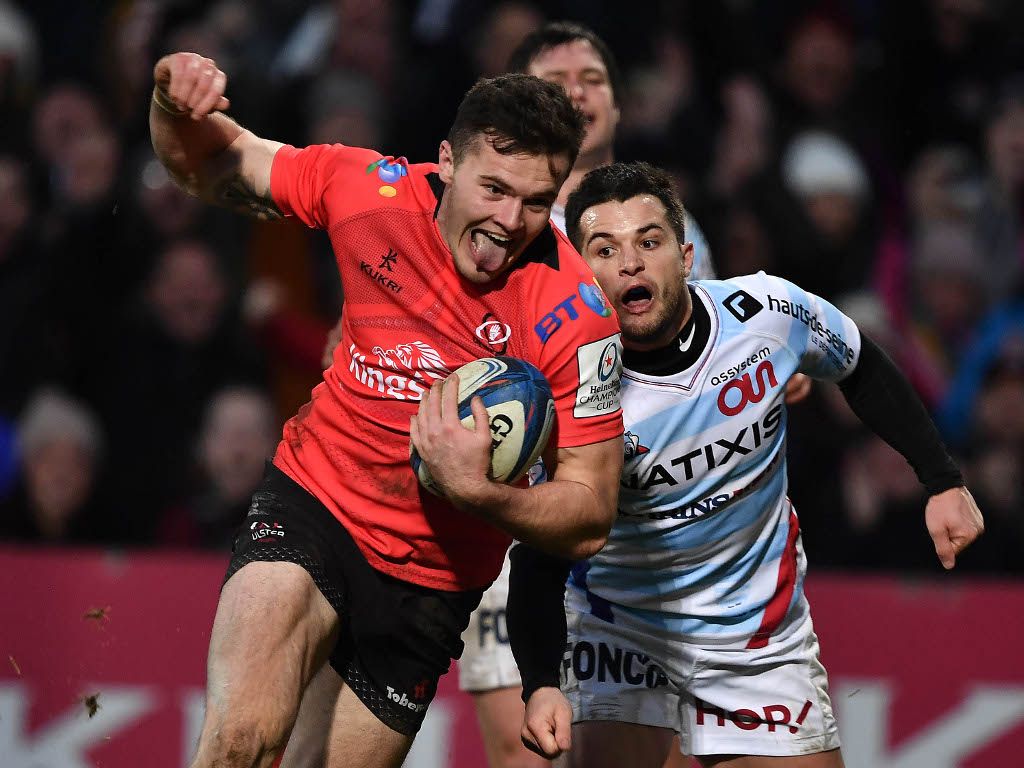 Ulster kept the pressure on Racing 92 at the top of Pool Four in the Champions Cup when they beat the Parisian club 26-22 in Belfast on Saturday.

In a match played in front of an appreciative crowd, Jacob Stockdale scored two tries for Ulster and Robert Baloucoune also crossed the whitewash. The home side’s other points came via two penalties and a conversion from Will Addison and Billy Burns also slotted a penalty.

The win means the Northern Irish province pick up four points from this match while Racing leave with two bonus-points for losing by less than seven points and scoring four tries.

Ulster were full value for their win as they were the dominant side for most of this match and they were particularly impressive during the early stages when they raced into a 13-0 lead thanks to tries from Baloucoune and Stockdale.

Racing fought back bravely and were trailing 16-10 at half-time but Ulster regained the initiative early in the second half when Stockdale crossed for his second try which gave his side a 23-10 lead.

The rest of the half saw the visitors upping the ante and they narrowed the gap to one point after Dulin and Klemenczak scored tries, but Addison secured the result for Ulster with his second penalty in the game’s dying moments.

Elsewhere, Bath consolidated third place in Pool Three when they registered a narrow 18-16 victory over Wasps at the Recreation Ground.

In a topsy-turvy match, in which the lead changed hands several times, Bath can consider themselves lucky as they wasted several try-scoring opportunities and conceded numerous penalties.

Wasps have only themselves to blame for losing though as they conceded a scrum penalty in the 79th minute and Rhys Priestland held his nerve to slot the resulting place-kick which secured the result for the home side.

In the end, Max Green and Zach Mercer crossed the whitewash for Bath and Priestland kicked a conversion and two penalties.

For Wasps, Nathan Hughes scored a try and Lima Sopoaga succeeded with two penalties and a conversion and Rob Miller also added a penalty.