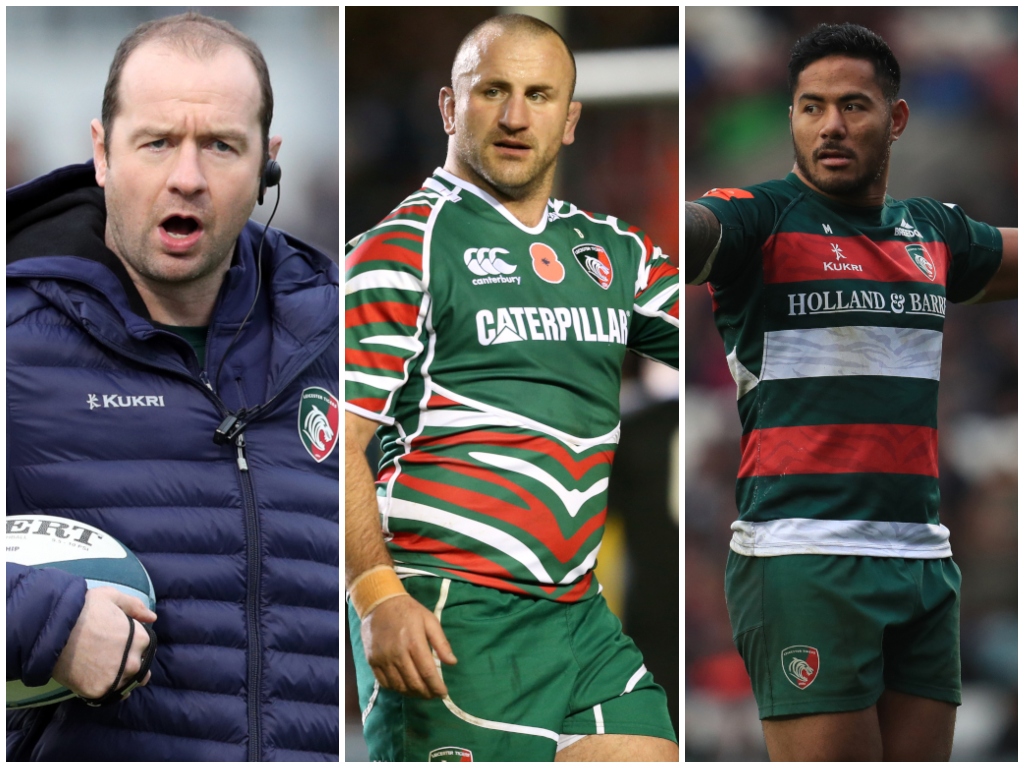 Following the dramatic news that five players departed Leicester on Wednesday after rejecting amended contracts, Tigers legend George Chuter talks to James While about their issues.

The Premiership side have spent 40 years making the headlines of rugby union, yet today, they find themselves making them for all the wrong reasons.

Former England hooker Chuter made almost 200 appearances for the club and has been following events with interest and no less frustration.

“There’s a feeling that within the ex-players, we’ve forgotten the strong identity and integrity that characterised our culture during the last 20 years,” he reflected.

“From the outside, it’s a right mess. Horse trading, lack of confidence, a feeling that contracts aren’t worth the paper they’re written on are all criticisms of what I believe is some form of internal identity crisis.

“In my view, there’s been an absolute lack of clarity of role between boardroom and dressing room. You have administrators meddling in player contracts and selection that have created unnecessary layers of management, agenda and activity. The egos of the management then conspire to remove any form of identity within the playing team.

“Between Simon Cohen, our ex CEO, and Peter Tom, the executive chairman, somehow there’s been an erosion of the loyalty that was embedded within the DNA of the club. This has conspired to manifest itself onto the pitch.

“After the infamous tenure of Matt O’Connor, Tigers went within and appointed Geordan Murphy on a gamble. Geordie had never head-coached at the highest level and the appointment was made on emotional feel rather than rugby logic. He was acceptable to the supporters and the board traded off his excellence on the pitch without examining his ability to implement a coaching philosophy. There was a view of ‘we’re Tigers, so it’ll happen’ which is quite fatuous as an argument.

"The finish towards the end of last season wasn't acceptable."

"Saturday's performance made the board feel the agreed actions hadn't been acted on."

“To compound this, despite saying to Geordan ‘you’re in charge’ and despite misgivings about his relative lack of experience, they’ve never actually allowed him to grow into the role either, which is ridiculous.

“Whilst the reviews took place, the long term implementation of the recommendations never happened. The only outcome was a knee-jerk reaction to place Pat in some form of part time mentoring role for Murphy that simply further clouded the chain of command and coach empowerment.

“Tigers have been further hampered by their inability to tap into historic resource too. With a former player roster that includes five England skippers in the last 20 years, it’s a telling truism that few of those stars are ever now seen at the ground and none are engaged on the running of the club. Couple this with the academy falling into the doldrums and the conveyor belt of talent drying up and you’ll understand that the foundations that the success was built on is now eroded.

“Looking at the situation now, we find ourselves losing players of serious talent, whilst those that are staying have had a 25% wage cut enforced upon them without consultation or agreement. I choose my words carefully here – the lack of consultation is the key.

Chuter added: “We are all aware of the crisis that Covid-19 has created within the game and everybody understands the need to cut back on costs. If a request had been made to the players and a proper discussion created, then people would have bought into the situation and understood the need to trim some money off the bottom line. Instead, the wage cut was forced through and announced without discussion and that, in simple terms, was always going to create animosity.

“This, combined with a tendency to air dirty linen in public, has combined to create a toxic atmosphere, with these big egos pulling in different directions, making poor decisions and eroding all sense of identity.

“Looking forward, I’m delighted that some change has been made. Firstly, I criticised the academy earlier, but the last two years, with the appointment of Dave Wilkes, it’s now identifying and delivering the talent we saw in years gone by.

“Andrea Pinchen and Steve Borthwick are two solid appointments and that will allow the matters of club management and player management to remain separate, something that’s absolutely key.

“There must also be a degree of honesty and back to basics on the playing pitch. If you asked me what style of rugby Tigers are playing now, I honestly couldn’t tell you. It’s key that we start to play an identifiable style, use players that characterise the values of Leicester before and one that maximises the resources we have: a great scrum, high quality half-backs and passionate, knowledgeable support.

“It’s a poor situation, but if Tigers can stick to their vision of a streamlined management, proper reporting lines with rugby and business separated, and then implement a playing style based upon pragmatic resource, then we might survive.”