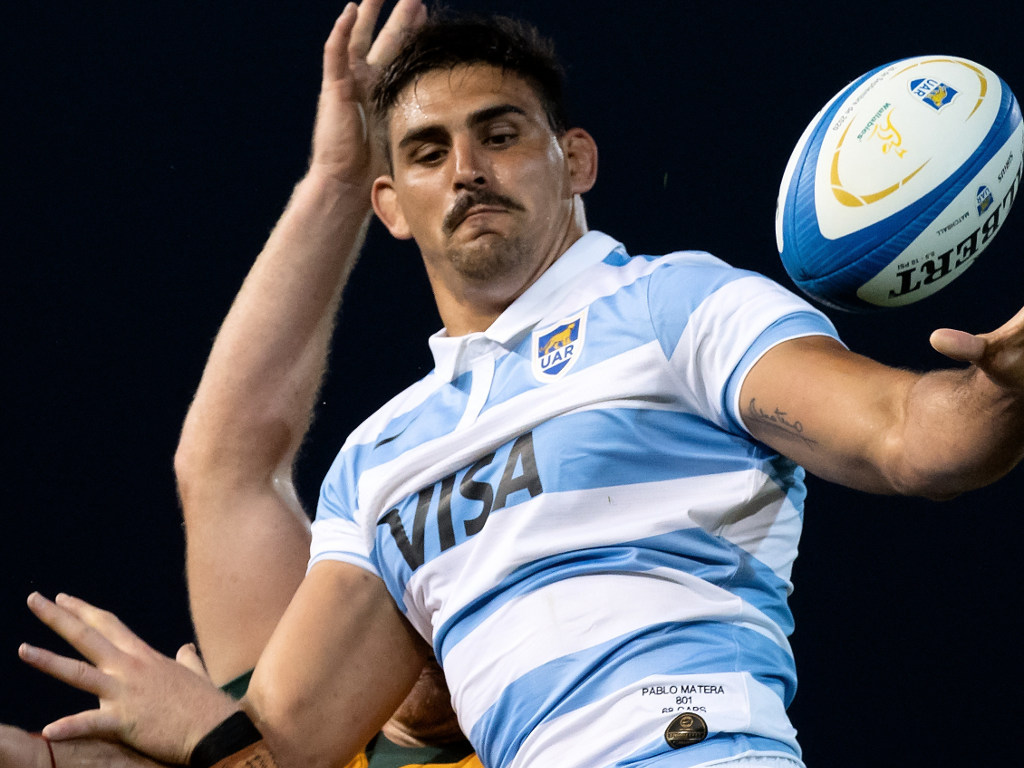 Three weeks after guiding his nation to one of the biggest upsets in Test history, Pumas flanker Pablo Matera has been sacked as captain, the Argentine Rugby Union announced on Tuesday.

Matera, as well as two of his team-mates, Guido Petti (second-row) and Santiago Socino (hooker), are also set to miss the Tri Nations finale against the Wallabies in Sydney on Saturday for xenophobic comments made on Twitter in 2011 and 2013.

“The Argentine Rugby Union strongly repudiates the discriminatory and xenophobic comments published by members of the Los Pumas team on social networks and meeting urgently, the Board of Directors resolves: First, revoke Pablo Matera’s captaincy and request the staff to propose a new captain to the Board of Directors,” read an Argentine Rugby Union statement.

“Second, suspend Pablo Matera, Guido Petti and Santiago Socino from the national team until their disciplinary situation is defined.”

“I had a tougher time. I am very ashamed. Apologies to all those who were offended by the atrocities I wrote,” he said.

“At that moment I did not imagine who I was going to become. Today I have to take charge of what I said 9 years ago.

“I’m also sorry to my team and my family for the moment they are going through my actions and thanks to the people who love me for their support.”

It was only three weeks ago that Matera led the Pumas to their maiden win over the All Blacks – a 25-15 triumph at Bankwest Stadium in Sydney.

The victory defied the odds given the Argentinian team and the majority of their squad had not played a professional match since mid-March, when Covid-19 forced the suspension of Super Rugby.

He then led the Pumas to a 15-15 draw against the Wallabies in Newcastle earlier this month.

Matera won admiration and went viral on the internet for giving his jersey away to a young Pumas fan, who was seen crying after meeting the 27-year-old, who plays his club rugby for Top 14 outfit Stade Francais.

ICYMI: #⃣ That and much more is covered in the Sunday Social. 👉 https://t.co/ov9mqjRmF7 pic.twitter.com/JLsk7o3vIm

Meanwhile, Argentina’s opponents in Saturday’s Tri Nations Test, the Wallabies, were told by reporters of the breaking news on Matera, Petti and Socino at their regular press conference on Tuesday.

Brumbies captain and Wallabies front-row Allan Alaalatoa said the absence of Matera would be felt, but added that the playing group would look to do their country proud despite the controversy.

“Pablo being their captain it’s going to be a huge loss. I’m unsure whether he’s just lost his captaincy or whether he’s not going to play, but I’m sure all three of those boys will play a vital role in their preparation.

“Probably their squad will look to use it as more of a motivation to do those boys proud. That’s the first time we’ve heard about it but thinking about it now I’m sure those boys will try to do their country proud.”