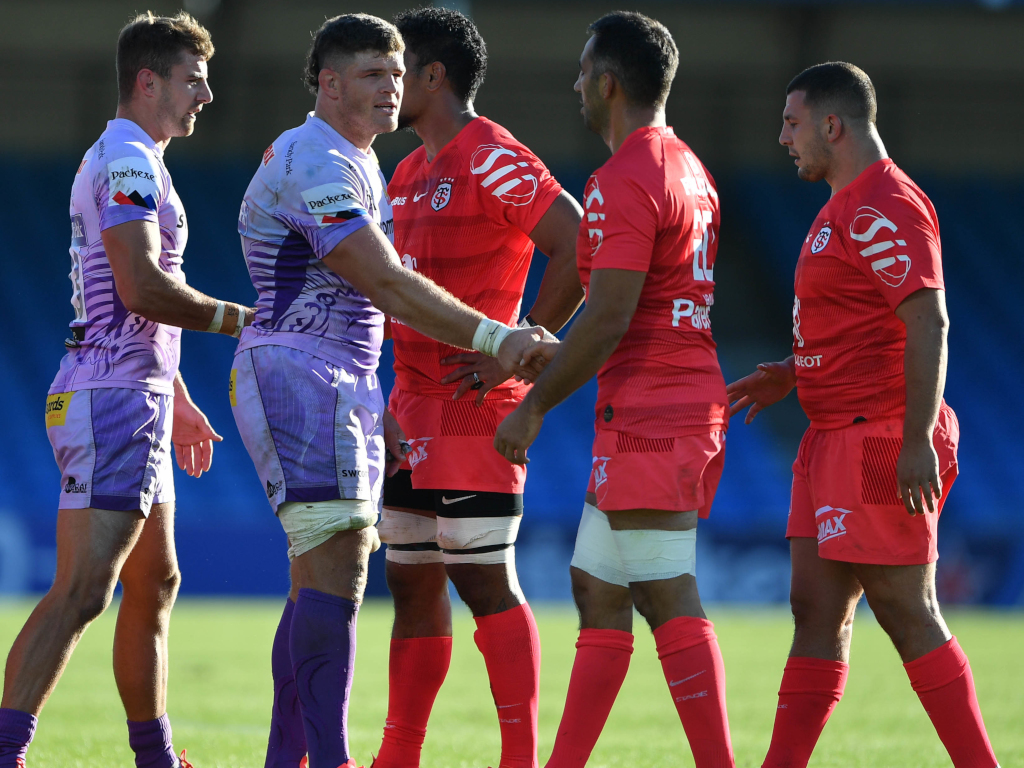 The much-anticipated Champions Cup game between Toulouse and Exeter Chiefs has been cancelled after a number of people from the English club tested positive for Covid-19.

The West Country outfit are the defending European champions and began this campaign with a dominant 42-0 triumph over Glasgow Warriors.

Having faced the Chiefs at the weekend, the Warriors will have to self-isolate in accordance with public health guidelines, resulting in their match with Lyon also being called off.

A statement from the EPCR read: “EPCR has been informed that a number of Exeter Chiefs players and staff have tested positive for COVID-19, and that in accordance with public health guidelines, the club will not be able to send a match-day squad to fulfil its Champions Cup, Round 2 fixture against Toulouse at Stade Ernest Wallon on Sunday, December 20.

“The Pool B match is therefore cancelled.

“As Exeter Chiefs played against Glasgow Warriors in Round 1 of the tournament, Glasgow Warriors have advised EPCR that many of its senior players are now self-isolating in accordance with guidelines from Public Health Scotland, and consequently, the club is not in a position to field a match day squad of the appropriate standard for its Champions Cup, Round 2 fixture against Lyon at Scotstoun Stadium on Saturday, December 19.

“The Pool B match between Glasgow Warriors and Lyon is therefore also cancelled.

“As per its COVID-19 protocol, EPCR will convene Match Result Resolution Committees to determine the results of the cancelled matches and the decisions of the committees will be communicated as soon as practicable.”