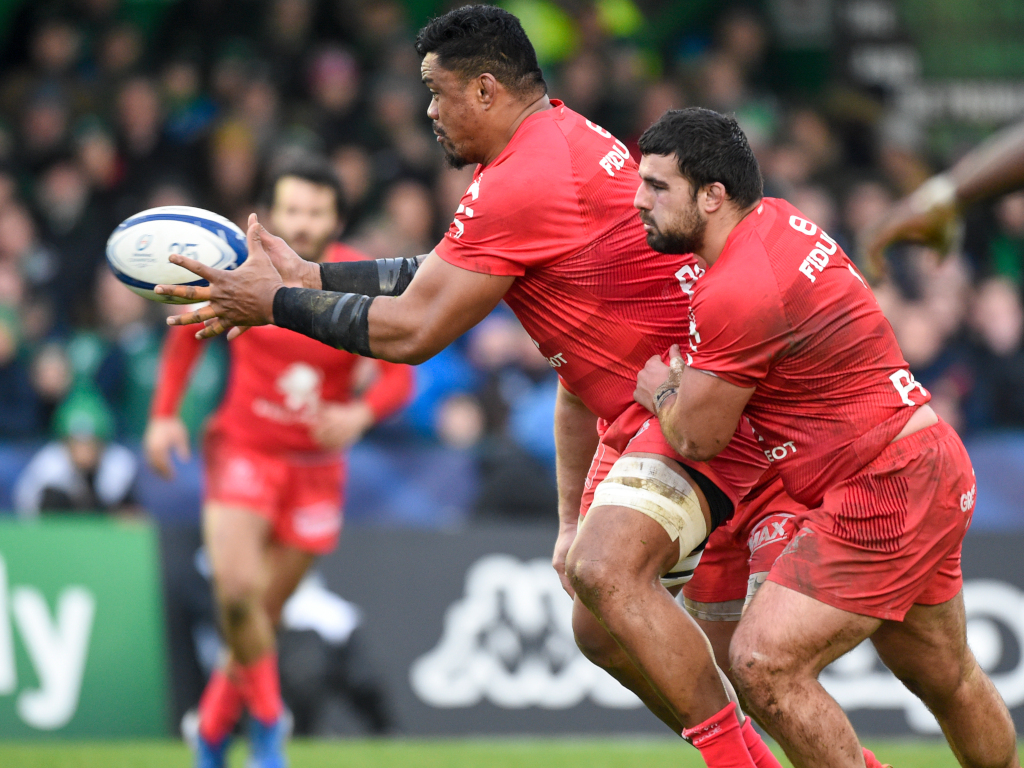 Four-time winners Toulouse secured a home game in the Champions Cup quarter-finals after defeating Gloucester 35-14 at the Stade Ernest-Wallon on Sunday.

In the full knowledge they needed to win with a try bonus-point to stand any chance of progressing to the knockout stages, Gloucester went on the attack from the word go.

And they were celebrating their first try after two minutes, with a well-timed cross kick from Woodward allowing Rees-Zammit to touch down.

Twelvetrees converted to give the visitors an early 7-0 lead. But Toulouse hit back soon after when Samoa international Tekori powered over from short-range courtesy of a well-worked driving lineout, with Ramos adding the extras.

The hosts took the ascendancy with an imperious break from scrum-half Antoine Dupont, who drew his man to put Ntamack over.

Inside centre Mark Atkinson fumbled the ball forward into the hands of Ramos with the tryline at his mercy. Ramos sped from his own five metre line into Gloucester’s 22 but was stopped in his tracks by a magnificent cover tackle from Rees-Zammit.

The ball was recycled to Cheslin Kolbe but the wing was the victim of a high tackle by Gloucester outside-half Evans, who was given 10 minutes in the sin bin.

Toulouse made the most of their numerical advantage when Ntamack danced his way past three defenders for their third try, with Ramos converting.

Just when Toulouse looked to be coasting to a comfortable victory, a break from Lloyd Evans put Woodward over for a try. Twelvetrees converted meaning Gloucester turned around 21-14 behind.

Toulouse flexed their muscles in the early stages of the second-half with a terrific break from Kolbe and some lovely hands from Ramos, resulting in Marchand crossing from short-range.

And the hosts put the result beyond doubt when replacement prop Baille smashed his way over after a series of powerful scrums by the French club, but that was their final try as they failed to put themselves in a position to potentially get a home country semi-final.

Who are you backing to go all the way and win it in Marseille?? 🏆 pic.twitter.com/fS9HSzEEQH

In the other encounter, Montpellier overcame a spirited Connacht outfit 35-29 to secure their second victory in this season’s competition.

The Frenchmen dominated early on and went 21-0 ahead through Gabriel Ngandebe, who touched down twice, and Levan Chilachava tries, but the Irish province responded.

Matt Healy, John Porch, Kieran Marmion and Kyle Godwin all crossed the whitewash to take the visitors ahead, but the hosts hit back as Yvan Reilhac went over twice to snatch the win.