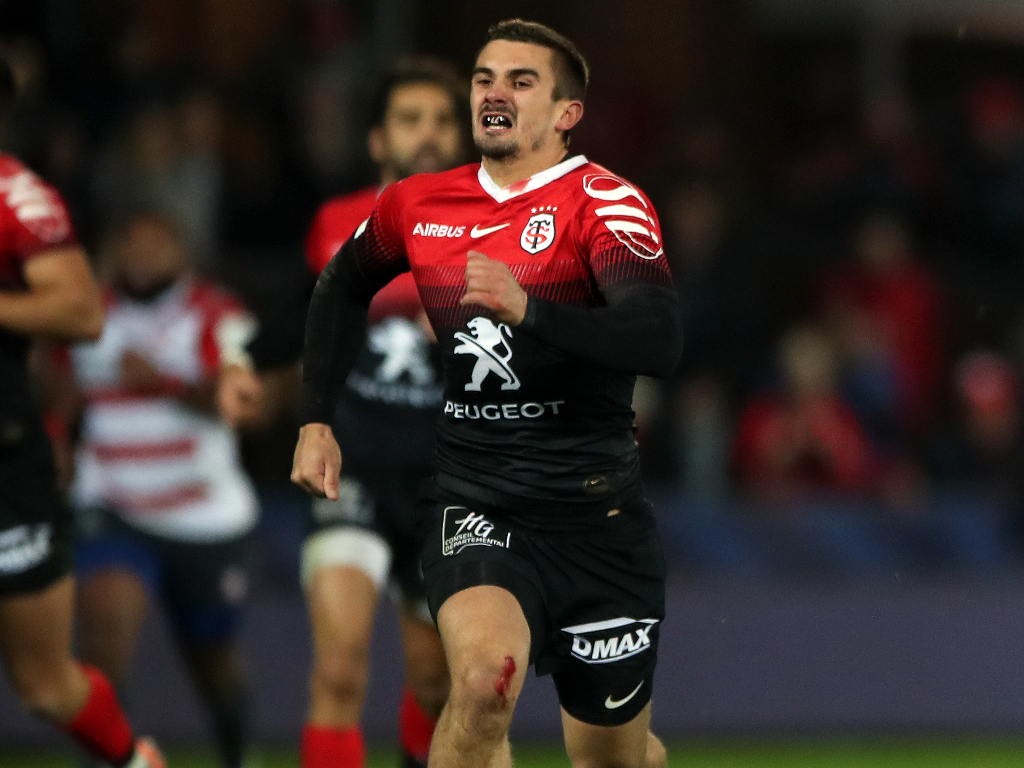 Toulouse fought back from 20-9 down at the break to overcome Gloucester 25-20 in the opening Champions Cup fixture at Kingsholm on Friday.

Cherry and Whites scrum-half Joe Simpson scored two magnificent tries but it was not enough to get Gloucester’s European campaign off to a winning start.

Simpson’s two first-half efforts temporarily took the wind out of French sails but Toulouse regrouped to dominate the second-half by scoring 16 unanswered points and ran out deserved winners.

Danny Cipriani converted both of Simpson’s tries and kicked two penalties to complete the scoring for Gloucester.

Sebastien Bezy scored a try for Toulouse, which Thomas Ramos converted as well as kicking four penalties, with Romain Ntamack kicking another penalty and Zack Holmes adding a drop-goal.

A knock-on from Gloucester wing Tom Marshall surrendered early possession and the visitors took advantage to take the lead with a neat drop-goal from Holmes.

Toulouse continued to have the better of the opening exchanges but, against the run of play, the hosts scored a brilliant opening try.

From just outside their 22, Gloucester nicked a line-out for Simpson to burst away and inter-pass with Matt Banahan before the scrum-half ran 55 metres to just hold off the tackle of Ramos and crash over.

10 minutes later, Simpson scored an even better one. Clever play from international three-quarters Yoann Huget and Ntamack had taken the French menacingly into the home 22 but the visitors lost possession for Simpson to pick up and run fully 80 metres for a superb score.

Toulouse were stunned but still continued to dominate territory and possession and were rewarded with a penalty from Ramos.

Ramos kicked another penalty but Cipriani succeeded with two to give Gloucester a 20-9 lead at the end of a breathtaking first-half.

Toulouse brought on Scotland international lock Richie Gray and withdrew fly-half Holmes at the interval and the changes paid immediate dividends when Ntamack and Ramos both kicked penalties to reduce the deficit.

The French dominated the third quarter as they penned the hosts in their own half but despite some excellent ball-handling skills, they were unable to break down a stubborn Gloucester defence and remarkably the home side still held a 20-15 lead going into the final quarter.

However, Gloucester had to crack against a fierce onslaught and Bezy was on hand to secure the crucial touchdown which Ramos converted to put his side into the lead for the first time.

Mark Atkinson was then penalised for a late tackle and Ramos knocked over the resulting kick to complete Toulouse’s comeback.