Home Uncategorized Toulon’s problem is patience, not their ‘rubbish’ squad 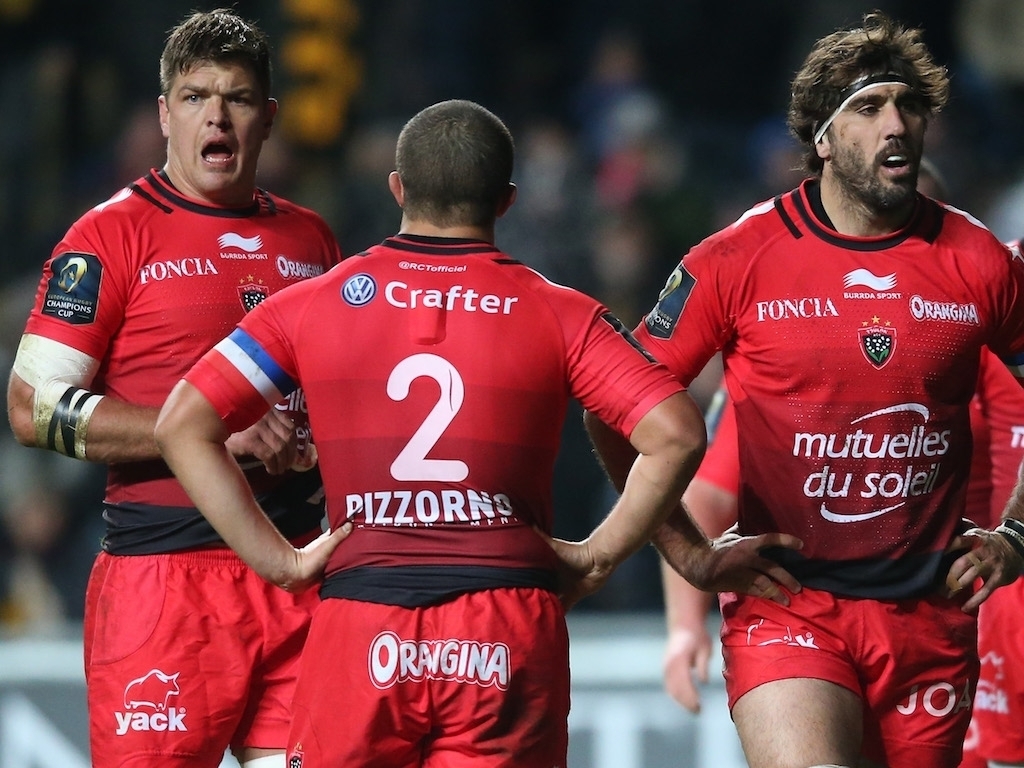 Sorry Toulon supporters, but the claims this week from owner Mourad Boudjellal that his current squad packed full of internationals is “rubbish”, and from former boss Bernard Laporte that the club have not recruited enough quality, have been hilarious.

As it ever has been with the historic balance of sport, success is never permanent.

It will (hopefully) come, and it will most certainly then go away too, with the latter seat on the see-saw being the one Toulon find themselves in so far this season, and after a rare trophyless campaign in 2015/2016 as well.

Laporte wasn’t wrong when he claimed that the club have failed to replace Bakkies Botha and Carl Hayman, although what he failed to consider is the fact that within the constrains of a Top 14 salary cap (it really does exist) combined with Botha and Hayman being close to once-in-a-generation talents at their respective positions, simply opening up the cheque book and running your finger down a list of the game’s top players isn’t a realistic option.

What Toulon managed to do in assembling all those elite names together, and winning three European Cups on the bounce as a result with a Top 14 title in the middle of the sandwich, was extraordinary. An exception rather than the norm. Welcome to the ordinary, or at least Toulon’s version of it, which is a talented squad battling it out with the best teams on the continent rather than one standing head and shoulders above the rest.

Has there been such an alarming drop-off in quality for Toulon to go from winning the inaugural Champions Cup at Twickenham on May 2, 2015, to being “rubbish” 16 months later? Of course not.

Next, a list of proven talents in the Top 14 who have built up impressive reputations with their previous clubs before moving to the Stade Félix Mayol: Jonathan Pélissié, Thibault Lassalle, Anthony Étrillard, Laurent Delboulbes and Pierre Bernard.

Of the top 38 clubs in Europe from the Premiership, PRO12 and Top 14, perhaps only Clermont, Racing 92, Montpellier and Saracens would not get in the queue to try and acquire all of those players from the first list, and they certainly wouldn’t say no to one or two of them.

Toulon’s problem here isn’t their personnel, because even with the loss of the Bothas and Wilkinsons, taking experience with them, plenty of caps and talents have come through the door the other way.

There is more than enough experience and ability in this Toulon squad for them to be competitive on two fronts.

So what’s the real issue? It’s that Toulon have gone stale. From aspiring for success, to expecting it, to now bubbling over with impatience at the lack of it.

Diego Dominguez is only weeks into his stint as head coach but if L’Equipe are to be believed he might be out of a job before he’s finished unpacking his office, with ex-Bath boss Mike Ford reportedly due to meet with Boudjellal later in the week.

When you have the fourth-biggest budget in the Top 14 getting your recruitment wrong is inexcusable – but that isn’t where Toulon have gone wrong. The problem is their philosophy.

Toulon are now a younger squad because they had to become one, because all those world-class veterans playing late into their 30s can’t go on forever. And with the cap relief resulting from those departures they have recruited younger talents nearly all with the potential to develop into outstanding players.

Their flaw is that Toulon have no patience. Success under a new era is rarely instanteous.

Just as it took Saracens eight years to build up their nucleus on the way to a first European title, so it may take Toulon years – although probably less than eight given their financial resources to add a star here or there – to get back on the podium.

Dominguez and his players need time to build their own identity, not to be thrown out the door with the season barely underway. Now is the time to build a successful project rather than to simply buy one.

And to claim that Toulon, one of the richest clubs in the global game, have a squad that isn’t up to scratch? With that glittering list of names available to them? Forgive those other clubs in Europe, the ones struggling to hit the top of their respective salary caps, if they are a little slow in sending the sympathy cards.