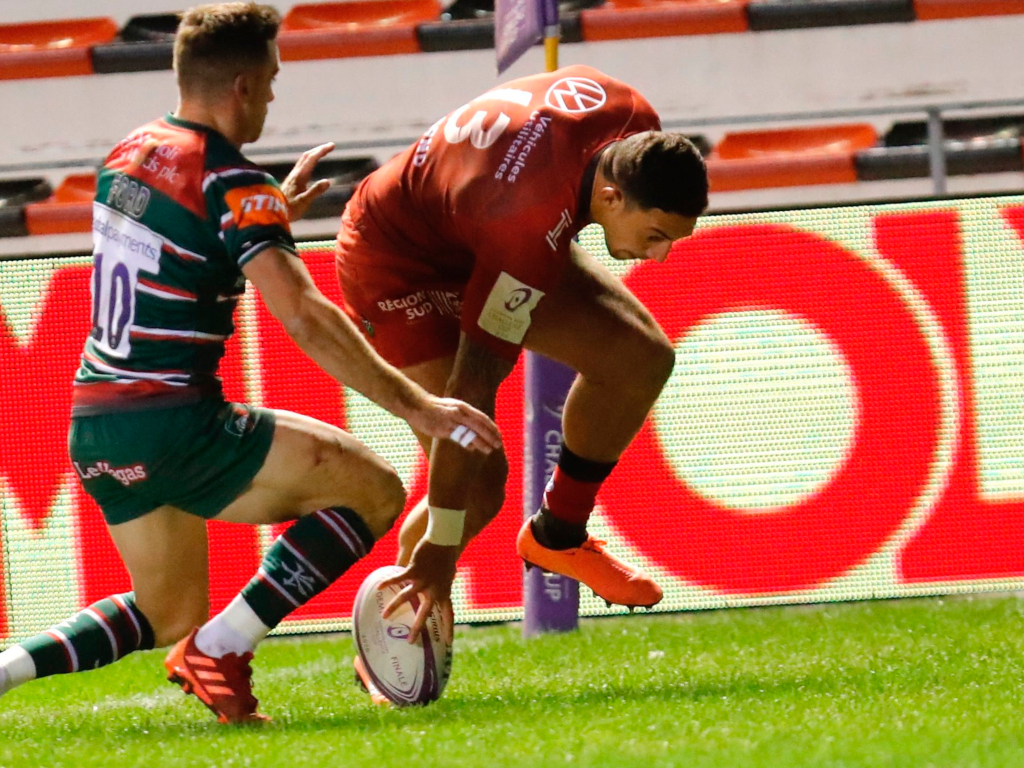 Toulon secured their place in the Challenge Cup final following a comfortable 34-19 triumph over Leicester Tigers at the Stade Mayol on Saturday.

The three-time Champions Cup winners conceded a third-minute penalty to George Ford, but came storming back into the contest with two tries that edged them into a 20-11 interval lead.

From there they held on to win and earn home country advantage against Bristol at Stade Maurice-David, in Aix-en-Provence, on Friday, October 16.

Both of Toulon’s first-half tries showed up the defensive frailties in the Tigers’ ranks. The French giants also took their total of touchdowns in their 117 games across the two European tournaments to 300.

The first came from former Worcester centre Bryce Heem in the eighth minute.

Sergio Parisse stripped the ball from Tomas Lavanini in a tackle on the home 10-metre line and made an overhead pass to Heem, who then brushed aside Kini Murimurivalu and raced to the left corner.

Louis Carbonel converted from wide out in his 50th game for the French side and went on to notch 14 points on the night.

He added the extras to the first of two tries from flying wing Gabin Villiere, who stepped inside one defender and then handed off Dan Cole, before kicking two penalties before half-time.

Ford added a second penalty, but was unable to improve Nemani Nadolo’s try in the left corner on the stroke of half-time that gave Leicester some hope.

Those hopes rose when Ford kicked his third penalty after a powerful scrum from the Tigers four minutes after the restart.

But the England fly-half then overcooked a simple penalty kick for a five-metre lineout and cost the Tigers a great shot at scoring again.

Toulon draw first blood in the second #ChallengeCupRugby semi-final, as the Kiwi races through the Leicester defence!

Toulon worked their way out of danger and thought they had gone further ahead when Raphael Lakafia went over, but somehow Nadolo managed to get underneath him and hold him up.

That merely staved off the inevitable, however, and a two-try burst in seven minutes made victory safe for the home side.

Argentina back-row forward Facundo Isa, shortly after coming on as a replacement, was given space wide on the right to score after a close-range lineout on the other side of the pitch, and then Villiere got his second.

Carbonel converted them both and the gap was now 20 points with 14 minutes to go.

Harry Potter crossed for a second Leicester try and then Ellis Genge made his way over from 20 metres, only to have his score ruled out for a forward pass earlier in the move.

Both sides were reduced to 14 men during the second half when Tigers lock Lavanini saw yellow for a late tackle and then Italian number eight Parisse went to the sin-bin for collapsing a maul, but it made little difference to the final outcome.