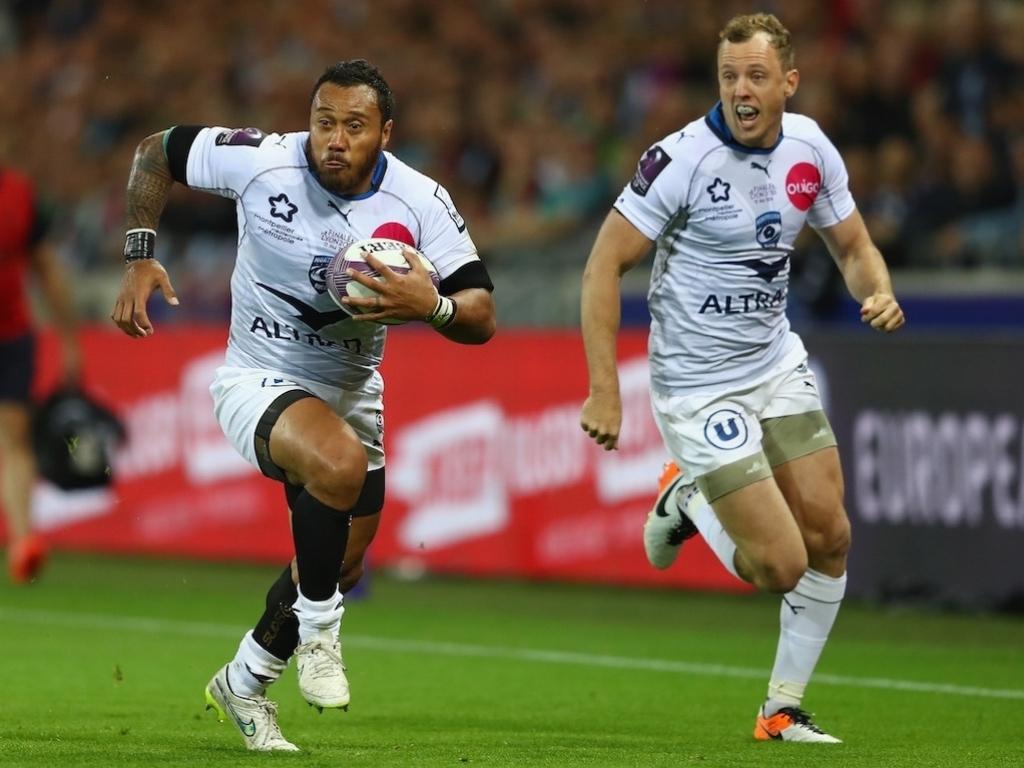 Relegation to the ProD2 is already settled as we wave goodbye to Oyonnax and Agen, but a number of sides are in the hunt for spots in the end of season play-offs. Let's see who's in contention.

The battle for 1st

Two points clear of Montpellier (away to Racing 92) at the top, Clermont (home to La Rochelle) have already qualified for the semi-finals but know that a first-place finish would ensure they face the lowest qualifying seed in the last four.

Should they and Montpellier finish level on points then Clermont would take first place having accumulated more competition points in the sides' two matches this season (five for Clermont, four for Montpellier).

The battle for 2nd

Montpellier's chances of finishing first have already been explained but there's a danger of them also missing out on second place, and a bye into the semi-finals, when they travel to Racing.

Bonus-point wins for Racing (home to Montpellier) or Toulon (home to Bordeaux-Bègles), and nothing for Montpellier, would see Jake White's side overtaken and slip as low as fourth place.

The safety net for Montpellier is that if they pick up a losing point in that scenario to finish level with Racing on points, they come into the final round well ahead on the head-to-head points differential -used if both sides have the same head-to-head competition points – after winning 60-7 earlier this season.

However the same can't be said with Toulon, who hold the head-to-head advantage in competition points by five to four over Montpellier after Toulon's 52-8 win and Montpellier's 36-21 victory respectively.

What if Racing and Toulon finish level on points? Both sides have the same competition head-to-head points, five each, after Racing's 27-22 win on the opening day and Toulon's 21-20 win later in the season. Racing though would have the greater points differential from the two games, giving them the edge.

Sat on their own in the middle of the top six, Toulouse are both guaranteed a place in the quarter-finals and are also in with a shot of finishing higher than their current fifth place.

Should one of Racing or Toulon lose, or even both, Toulouse are only three points behind both of them, and a win would move them up the ladder.

What about if they finish level on points? Toulouse have the same head-to-head competition points as Racing, four each, but Racing hold the better points difference, winning 28-13 while Toulouse triumphed 14-3. Therefore, Racing would finish higher.

As for the scenario if Toulouse and Toulon finish level, Toulouse comfortably win the competition points head-to-head at nine to one, so hold the advantage.

The battle for 6th

Hunting down the final quarter-final spot are Castres and Bordeaux-Bègles.

The two teams both sit on 67 points coming into the final round, seperated by the competition points head-to-head with Castres (home to Stade Français) holding the edge at five points to four.

UBB (away to Toulon) therefore know that finishing level on points with Castres won't be enough to take sixth place, so must either win with a bonus point or hope that Castres lose.

If teams are level at any stage, tiebreakers are applied in the following order: