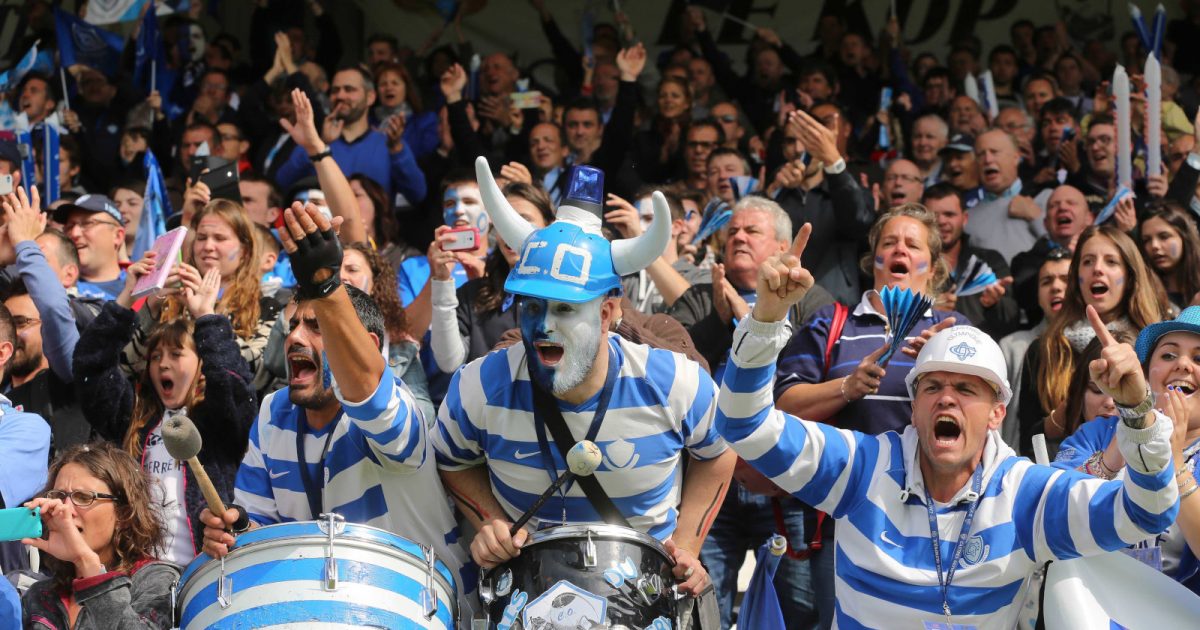 Castres will play Montpellier in Friday’s Top 14 Final, a rematch of the 2018 final, after both came through tense semi-finals in the weekend’s Nice double-header.

The decision to play both semi-finals in the same place on consecutive days looks to be a winner with the fans, who produced a top-class atmosphere for both matches, even if the early-season heatwave gripping southern Europe was perhaps a little energy-sapping.

Certainly it was clear, as both games reached their zeniths, that there were two teams who had had a week off while the others had been playing the European champions and the galacticos of Racing 92 respectively.

Nevertheless, both teams earned their places over the 80 as well as before it. Castres fought back from an early blow, with Toulouse wing Mathis Lebel scorching home from 40 metres for the first semi-final’s opening try after just two minutes – an act which had Castres’ team manager Pierre-Henry Broncan admitting after the game: “After three minutes I said to myself: we will take forty, as in Toulouse in the first game (in October).”

Toulouse continued to dominate early on and threatened to run away with it, but Castres have carved a name out for themselves as a dogged defensive unit. The fringes harried Antoine Dupont well and the rest of the defenders kept the score down, with only a Romain Ntamack penalty added.

That freshness already began to show in the first half. 10-0 down after the opening quarter and with the mercury still nudging 30, Castres kept their discipline supremely, something that could not be said for Toulouse. If some of the penalties they conceded were born of frustration an urgency, some were extremely sloppy; the kinds of penalties conceded when blood oxygen levels are low and minds are tired.

That two of them yielded yellow cards was not surprising – Rory Arnold was extremely lucky not to see red – nor was the punishment of three of them by Benjamin Urdapilleta, who might get his own statue in Castres if the team takes the title this year. Ugo Mola was pensive afterwards, considering that this period might have cost the team the game: “The second yellow card is too much. When we target discipline and pressure play as the keys to this game, we can’t end up with seven penalties whistled against us and two yellow cards in the first half.”

Urdapilleta also set up what might have been a peach of a try for Geoffrey Palis just before the break, but which was inexplicably ruled out by the TMO.

The wrong there was momentarily righted when Castres scrum-half Santi Perrone was awarded a try despite clearly propelling himself forward on the ground before reaching for the line, but Toulouse struck back immediately through a brilliant try from Ntamack in a frenzied opening to the second half.

Thomas Ramos missed the conversion, but landed a penalty with 20 to go to put Toulouse 18-16 in the lead. Urdapilleta kicked Castres back into the lead as Toulouse faded again though, and Julien Dumora’s late and thoroughly deserved try saw the Tarn town team through.

It was a similar late show the following night in a game which was a little higher-paced but blessed with a little less finesse. The headlines for much of the week had been dominated by the reported disharmony within the Bordeaux camp, but there was little on public show this time. Cameron Woki looked suitably depressed after the game, while the handshake between the substituted Matthieu Jalibert and coach Christophe Urios was loaded with genuine respect. Jalibert blamed all the furore around the supposed rift between the coach and the players on media hype, which seemed a bit thin, but at least there seems to be peace, even in a disappointing defeat.

They could have few complaints. Montpellier looked tactically a little sharper, and while Bordeaux expended a lot of energy on some lung-busting attacks, such as those which had put paid to Racing 92 in the play-off round, they found the Montpellier defence and the meteorological conditions less forgiving.

They also found themselves 10-3 down after a superb finish from Vincent Rattez and an opportune drop goal from Paolo Garbisi had negated Maxime Lucu’s opening penalty in the early stages.

Jalibert fly-hacked a spilled pass on from the Montpellier midfield, chasing the ball down and sliding over the line to restore parity, but Bordeaux were struggling in the stats. Anthony Boutier dropped a second goal on the stroke of half-time to give Montpellier the lead.

The second half was flatter. Bordeaux huffed and puffed and frankly, blew themselves out. Two late penalties from Montpellier scrum-half Gela Aprasidze – who looks a real prospect, landing one of the penalties from 55 metres out – took Montpellier to more than a score ahead, and Bordeaux were spent.

After the game there were plenty of plaudits for how coach Philippe Saint-Andre has transformed the club culture since he arrived, while many were looking forward to the rematch of the 2018 Final. And there was emotion too, with hooker Guilhem Guirado especially overcome as he brought his children onto the pitch after the final whistle.

Montpellier scrum-half Benoit Paillauge will be playing his last game for the club in Paris, and was desperately trying not to say what everybody thought: namely that Montpellier could finally avenge that defeat.

“It’s a remake, nothing more. There is no particular emotion to be found in this. We have a very long history with Castres in the final phase, including a lot of play-offs played, and of course this final four years ago. But this should not distract us from our goal.” No, but it will motivate.