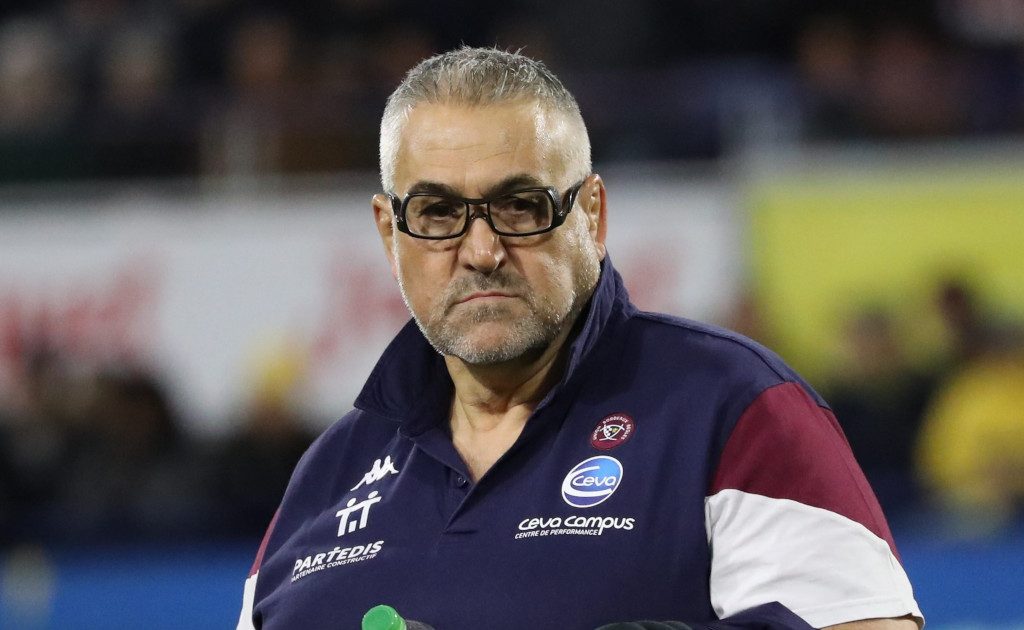 Bordeaux-Begles made it past Racing 92 with a convincing 36-16 win in the Top 14 play-offs, but all is still not harmony in Christophe Urios’ dressing room.

Having given his players a rocket after last week’s defeat at Perpignan which cost them a week off, Urios then ceded control of training and preparation for the play-off match to the players, a high-risk strategy which paid its dividends but evidently left some of the players thinking that it might be an idea for that to be a permanent arrangement.

Toulouse’s win over La Rochelle was far more comfortable than the 33-28 scoreline suggested, with 14 of the visitors’ points coming in the final two minutes, while Perpignan live to fight another Top 14 campaign after a thunderous 41-16 win at Mont-de-Marsan.

But it is in Bordeaux and the grand old Stade Chaban Delmas on Sunday night, packed to the rafters and with plenty to talk about before, during and after the match, where this week’s Top 14 round-up starts.

The tension had mounted all week, with Urios accusing his team – and especially its senior players – of lacking hunger and having too much fun. Then he made the bizarre decision to leave the team to its own devices all week.

The first half probably did not run as either Urios or his players would have wanted. There was no lack of hunger, but a real lack of clinicality from both sides in a game played at a frantic pace at times. Bordeaux hit the front after an excellent try from Santiago Cordero, started by a cheeky quick tap penalty from Maxime Lucu but Racing hit back just before half-time with a try from Max Spring and took a 10-8 lead into the sheds.

Urios said that his half-time team-talk was short and to the point (which he also said was him keeping his promise of leaving them alone). The players certainly responded, scoring some scintillating tries as Racing were blown away with three tries in the third quarter.

The last, from Cameron Woki that was started by a delicious chip and regather from Mathieu Jalibert, was a peach, while Ulupano Seuteni scored another off a fabulous Jalibert pass.

Ben Lam’s late score was icing on the cake, but tongues were already wagging. Woki celebrated his try with a finger to the lips gesture to the crowd before putting his hands over his ears. Jalibert’s handshake with Urios as he came off for Francois Trinh-Duc had icicles hanging off it. Urios barely cracked a smile at the win.

“I say things as I feel them. But that’s the way it is, I’m not going to say it’s good when it’s not. Not keeping your promises is dangerous, you shouldn’t play with it.

“Does it shock you that we offend the players when they have not been good? You have to be careful, the boss is me. No one else, okay?

“When I decide not to speak, I don’t speak, when I decide to speak, I speak. The one who is not happy, he stays on the side. I know where I want to go in Bordeaux and if it’s not okay, I will leave Bordeaux. You have to know what you want.”

A final sentence which left a lot of people unsure who exactly wanted what. Jalibert gave a better idea though, and it would seem the omens are not good for Urios.

“As you have seen, there have been statements in the press from our manager, targeted players. That’s it, I just want to say that we don’t play for Christophe (Urios). We’re just on a mission for the players. We have players like François (Trinh-Duc) or Louis (Picamoles) who will finish their careers. After all they have given to French rugby, we just want to get them out with a bang, quite simply.

“We took matters into our own hands, and today we played a great game.”

Whatever has gone on, Bordeaux are in the semi-finals again and the week ahead will surely test both the new-found team spirit and the thin veneer of harmony building towards what will be a much tougher match against Montpellier. For while the win from Bordeaux was good, the kerfuffle around the Bordeaux team distracted from what was an atrocious display from Racing. Teddy Thomas in particular looked to have given up at times. Laurent Travers kept his counsel; goodness only knows what Urios would have said!

Things were much smoother for Ugo Mola and Toulouse. The home side was 21-7 up at the break and good value for it, with La Rochelle this time unable to find their rhythm or their momentum. Antoine Dupont delivered another sumptuous try to cap another stellar performance while Thomas Ramos was relentless from the tee.

In truth though, La Rochelle had blown themselves out just getting that score. Three comebacks in three weeks proved beyond them; instead it was Juan Cruz Mallia, who has had a quietly excellent season, and Romain Ntamack who delivered the killer blows. La Rochelle’s two late tries were turnstile affairs against defenders who were in party mode already.

In between those games was what is fast becoming a personal favourite game in the annual calendar: the play-off between 13th place in the Top 14 and the runners-up of the Pro D2 for Top 14 playing rights.

This pitched Mont-de-Marsan at home to Perpignan, with the visitors bringing no fewer than 4,000 travelling fans to add to a raucous occasion.

Mont-de-Marsan have been kicked about a bit by more moneyed bullies. They topped the table of the Pro D2 but came up against the full force of Bayonne in the final and were blown away the week before – a game which quite accurately summed up the difference between haves and have-nots in France’s second tier. Their star turn this season has been scrum-half Leo Coly, but even had his team gone up, Coly would have been gone, having already signed for Montpellier. A thin squad had done admirably to get where it was, but this was a huge challenge.

The hosts started well, with a gorgeous score from full-back Laousse-Azpiazu giving them the lead and sending the crowd into a frenzy. Perpignan coach Patrick Arlettaz’s face was a picture of one who can feel his life careering out of control.

Fortunately for him, his players were not so intimidated. Melvyn Jaminet landed his kicks, finishing also a near-copycat version of the Mont-de-Marsan try. The hosts stayed in touch, but Perpignan always had an edge that Mont-de-Marsan, who blew two glorious try-scoring opportunities did not.

A ridiculous yellow card for Vereniki Goneva for a no-arms tackle was the tipping point, and the Fijian copped a richly-deserved earful from his coach as he traipsed off. Perpignan took control from there, scoring 13 unanswered points while Goneva was gone.

Two more tries were testimony to the Catalans’ superior fitness and they became the first team to maintain their Top 14 status through the play-off. Spare a thought for Mont-de-Marsan though, who topped the Pro D2 table but lost everything within seven days.