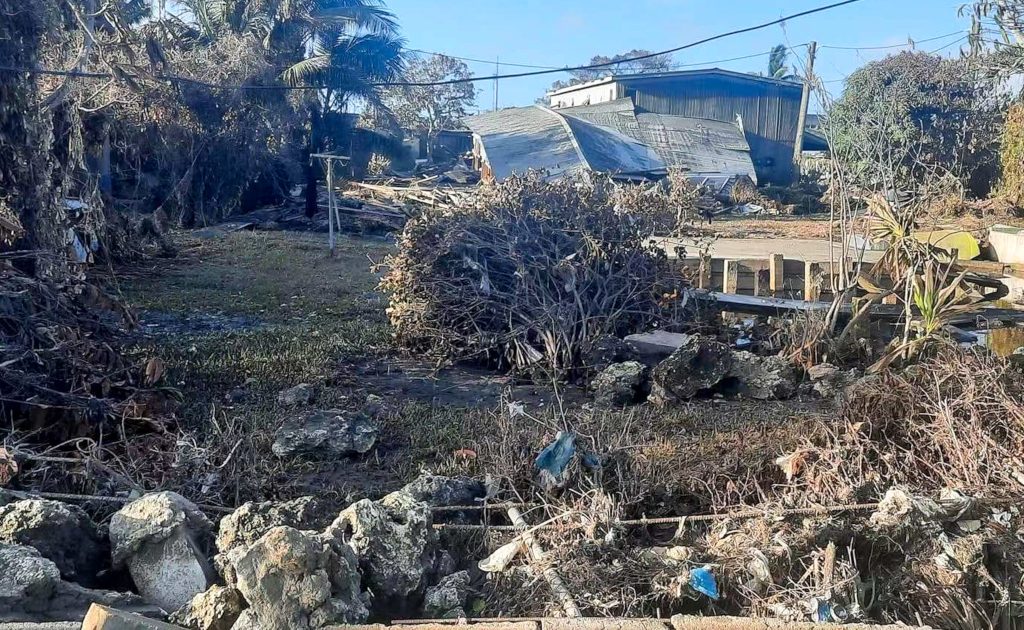 Tongan rugby players have been unable to communicate with their families after a tsunami hit the Pacific Island.

An underwater volcano erupted on Saturday, causing waves to crash into the country.

With communication down, many are still yet to hear from their families, leaving a number of foreign-based Tongan players distressed.

Worcester Warriors back-row Sione Vailanu has parents and siblings that live in the worst affected area.

“It’s quite flat with also a resort and a beach there. My place is damaged but my family – they ran to a bit of a hill (in the) north of Tonga,” Vailanu told BBC Hereford and Worcester.

“We’re not able to communicate with them. It’s really, really sad, I’m obviously away from my family. I hope they are well and safe out there.”

Wasps’ Malakai Fekitoa is similarly concerned over the well-being of his family, telling the BBC: “It’s been a shock for me watching the news and not being able to communicate with people there.

“It’s been really tough, sleep-wise and not knowing what’s going on; it’s hard for me to focus and try to get myself ready for training and rugby.”

In Australia, the Brumbies have a number of players with Tongan heritage and Folau Fainga’a is still waiting to get in touch with his relatives.

“We think they’re all right but we’re just waiting for the communication lines to get back up so we can get in touch with our loved ones,” Fainga’a told the Canberra Times.

“It was devastating… not only for us boys here at the Brumbies, but for the whole Tongan community. I can’t imagine what everyone has been doing through.

“We’ve got to stay positive. I’ve seen a few images and the village was hit very hard. It’s a tough situation and all we can do at the moment is spread the word and get people ready for what’s to come.”

The Tongan players have received plenty of support from the rugby family and Fekitoa has set up a fundraising page to send humanitarian supplies, which currently stands at over £35,000.

“I’m amazed at how many people got together and showed support, and hopefully we can help a few families back home,” the Wasps centre added.

“We had a few cyclones when I was there in the 90s, it took us a year or two to recover from that and I think this is worse – it’s going to take them a few years to get back on their feet.”