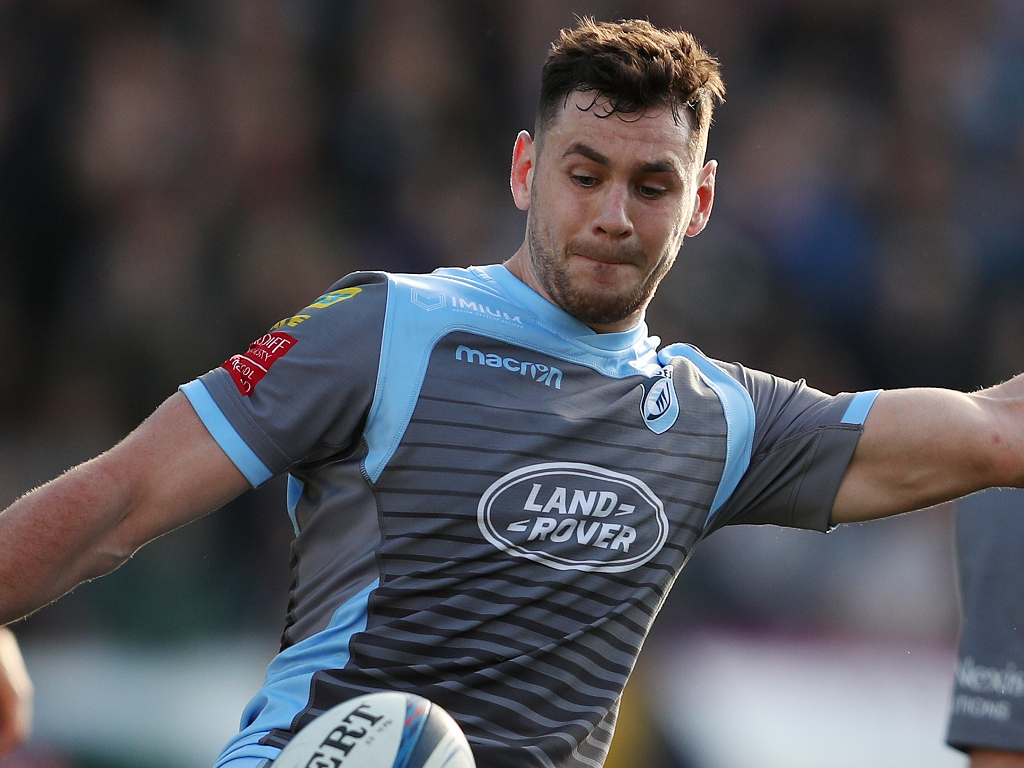 The Ospreys have named their team to face Benetton in their PRO14 encounter at St Helen’s on Sunday.

Wales flyer George North returns to the starting line-up for the first time in the 2020/21 season. He’s joined in the back three with last weekend’s try-scorer Luke Morgan on the opposite wing and Mat Protheroe at full-back.

Stephen Myler holds the keys to number 10 alongside Reuben Morgan Williams to form the half-back pairing. Keiran Williams and Tiaan Thomas-Wheeler complete the starting backs lining up in midfield.

Up front, Rhys Davies makes his first Ospreys start, partnering Adam Beard in the second-row. Dan Lydiate takes the reigns as captain once again alongside an unchanged back-row of Will Griffiths and Gareth Evans.

Meanwhile, Benetton head coach Kieran Crowley has made seven changes to his run-on side which lost away to Cardiff Blues on Monday.

In the backline, there are two alterations with Tommaso Benvenuti replacing Nacho Brex at inside centre and Dewaldt Duvenage taking over from Callum Braley as the starting scrum-half.

In the forwards, Marco Barbini starts at number eight where he comes in for Toa Halafihi, while Michele Lamaro and Irné Herbst are preferred to Manuel Zuliani and Eli Snyman on the openside flank and at lock respectively.

The final changes are in the front-row where Tiziano Pasquali and Cherif Traoré replace Filippo Alongi and Nicola Quaglio as the starting props.

The Connacht team to face @ZebreRugby in the #GuinnessPRO14 tomorrow has been named.

Zebre have made five changes to their side that will take on Connacht at Stadio Sergio Lanfranchi.

Following the cancellation of the Italy v Fiji clash, there’s a return to the club scene for number eight David Sisi, who starts against the Irish province.

Elsewhere, Tommaso Boni is back at centre after missing the games against Scarlets and Ulster. He’s joined in the midfield by captain Giulio Bisegni.

Meanwhile, Irish international Ultan Dillane could make his 100th Connacht appearance after he was named in the matchday 23 to face the Italians.

Dillane is among the replacements for Andy Friend’s side, which shows six changes from the team that lost to Scarlets at The Sportsground last weekend. Dillane made his Connacht debut in December 2014 and was a starter in the PRO12 final 18 months later.

Sean O’Brien has ended a long injury absence to be handed his first starting jersey in nearly two years. The Galway native last started for Connacht in the 2018 Christmas interpro against Ulster, with his only appearance last season coming off the bench against Leinster in November before suffering serious shoulder and foot injuries.

O’Brien starts in a new-look back-row with Sean Masterson at openside flanker and Jarrad Butler captaining the side from number eight.

Sean’s brother Eoghan is drafted into the second-row alongside Gavin Thornbury, while there is a change of both props with Denis Buckley and Jack Aungier starting alongside hooker Shane Delahunt.

In the backs Colm Reilly and Jack Carty continue their half-back partnership, while Tom Farrell comes into the centre alongside Tom Daly with Sammy Arnold moving to the wing. Alex Wootton and John Porch complete the side.

The Leinster team to face Cardiff Blues in their Round Seven PRO14 clash at the RDS Arena has been announced by head coach Leo Cullen.

Cullen has selected four players from the Leinster Rugby Academy in his matchday 23 and has selected the same backline that accounted for Edinburgh on Monday.

As a result it’s a back three of Jimmy O’Brien, Cian Kelleher and Dave Kearney with Ciarán Frawley and Academy back Liam Turner in the centre.

Luke McGrath and Harry Byrne are the half-backs.

In the pack, there are changes in the second-row and the back-row respectively but the front-row of Peter Dooley, James Tracy and Michael Bent start once again.

It’s a new second-row with Ross Molony joined by Ryan Baird. Baird came off the bench in the win against Edinburgh having recovered from an adductor injury.

In the back-row, Josh Murphy comes in at blindside flanker with Dan Leavy moving across to openside. Rhys Ruddock again captains the side from number eight.

The scrum-half has been sidelined with a shoulder injury since August’s clash against Scarlets, but is one of six changes made by boss John Mulvihill from the win over Benetton on Monday.

Williams is reunited with Jarrod Evans to form an all-international half-back partnership, having progressed through the Cardiff Blues pathway together.

Six-times capped fly-half Evans, who has made 81 appearances for Cardiff Blues to date, will captain his home region for the first time at RDS Arena.

After crossing for a try against the Italian outfit, academy product Ben Thomas makes his first start of the season at centre in the absence of Willis Halaholo.

The final change in the backline sees Aled Summerhill linking up with Matthew Morgan and Owen Lane in the back three.

Two changes are made in the front-row, with Ethan Lewis and Dmitri Arhip joining Corey Domachowski, while the second-row partnership of Ben Murphy and Rory Thornton continues.

With seven back-row players currently unavailable, academy graduate Alun Lawrence will make his first senior start for the region, after signing his first professional deal over the summer.

Lawrence will wear the number seven jersey, as James Ratti and Josh Turnbull retain their starting spots in the back row to complete the pack.

17 of the matchday squad, including seven of the replacements – have been developed through the Cardiff Blues academy system.

Wales international Hallam Amos will make his 100th PRO14 appearance from the bench.

Ulster have named their side to face Scarlets in what should be an entertaining game at Kingspan Stadium on Sunday.

There are six changes to the side that defeated Zebre away on Monday evening. In the back three, Rob Lyttle comes in on the left wing, joining Matt Faddes on the right wing and Michael Lowry at full-back. Stewart Moore is named in midfield alongside Luke Marshall. Bill Johnston retains his starting berth at fly-half, and John Cooney comes in at scrum-half.

The starting front-row of Eric O’Sullivan, John Andrew and Marty Moore is retained. Alan O’Connor will lead out the Ulster men and is paired with Kieran Treadwell in the second-row. Matty Rea will start at openside, Sean Reidy comes in at blindside, and Marcell Coetzee completes the pack at number eight.

Tom O’Toole has returned from injury and is named among the forward replacements with Adam McBurney, Kyle McCall, David O’Connor and Jordi Murphy. Alby Mathewson, Ian Madigan and Craig Gilroy are the backline reinforcements.

For Scarlets, with Johnny McNicholl called up into the Wales squad for the Autumn Nations Cup, Angus O’Brien is handed the number 15 jersey and slots into a back three alongside Ryan Conbeer and Steff Evans.

The other change comes up front and sees Danny Drake make his first Scarlets start in the second-row. Drake replaces Morgan Jones who has been identified as a close Covid contact and under public health protocols is currently isolating.

Steff Hughes captains the side from centre and continues in an unchanged midfield partnership with Paul Asquith, while Dan Jones and Dane Blacker combine again at half-back.

There are a couple of changes on the bench with Jac Price and Sam Costelow coming into the matchday squad.