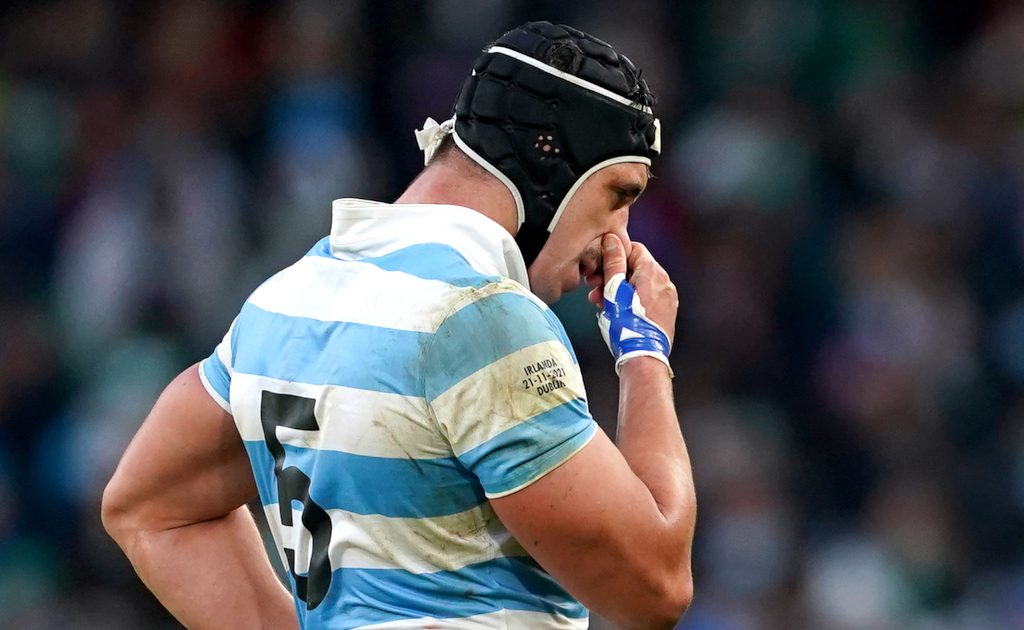 Argentina lock Tomas Lavanini has been hit with a five-week ban following his illegal clearout of Ireland prop Cian Healy in November for which he was sent off.

Lavanini, of Clermont, will miss his side’s European Cup matches against Ulster and Sale, as well as Top 14 clashes with Toulouse, Biarritz and Brive.

At the hearing, the player “accepted that he had committed an act of foul play, but not that it was worthy of a red card.”

However, the panel found that there had been contact with the head of Healy “in circumstances where the contact was direct and carried a high degree of danger,” and opted for a mid-range entry point of a six-week suspension.

A statement from World Rugby said that the panel took two weeks off Lavanini’s ban due to his “expression of remorse, his conduct at the hearing, and the fact that he has been taking active steps to ensure that his on-field aggression was appropriately controlled, the committee reduced the sanction by two weeks,” but a week was then added back onto Lavanini’s penalty due to his previous disciplinary record.

This was the third red card of his Test career – his most famous one coming against England at the last World Cup – while he has also had seven yellow cards while playing for Argentina. In club rugby, Lavanini has been sent off once, with a further nine yellow cards.

Lavanini could still get another week removed from this suspension, having applied to take part in World Rugby’s ‘Coaching Intervention Programme’, under which he “may be able to substitute the final match of his sanction for a coaching intervention aimed at modifying specific techniques and technical issues that contributed to the foul play.”