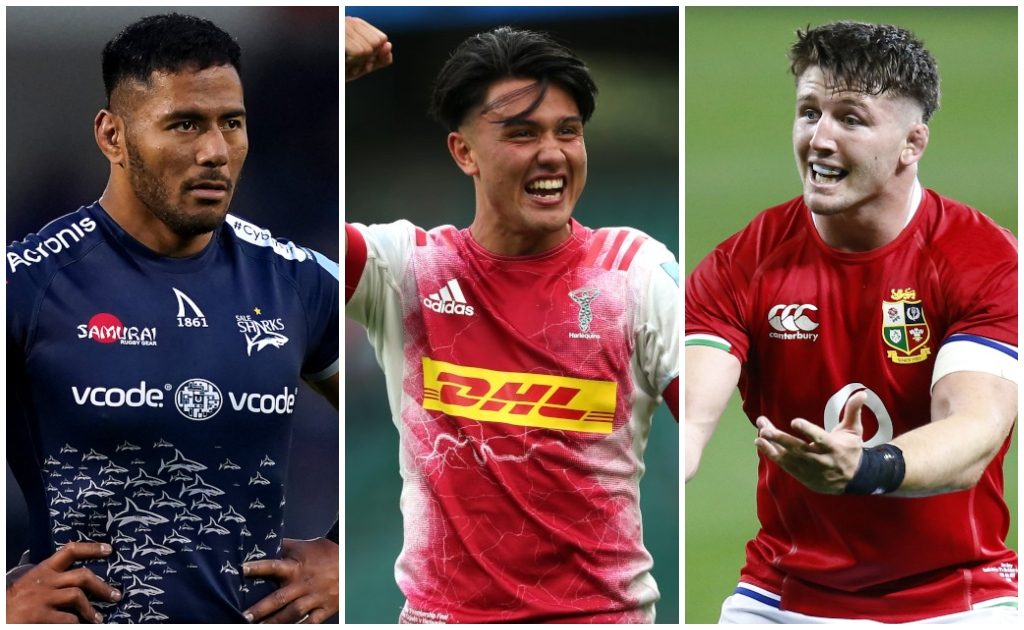 Sale Sharks are bolstered by the return of England international duo Tom Curry and Manu Tuilagi for their Premiership clash with Harlequins at the AJ Bell Stadium.

The pair make a welcome comeback to action for the Sharks in a highly experienced line-up as Sale boss Alex Sanderson continues to rotate his matchday squad.

The coaching team make seven changes to their starting line-up following defeat at Kingsholm in Round Four, with a host of internationals returning on Friday.

Bevan Rodd is named at loosehead prop to replace last week’s captain Ross Harrison and will be eager to impress against Quins following a recent call-up to Eddie Jones’ end-of-year training squad. The 21-year-old lines up next to fellow academy graduate Curtis Langdon and experienced tighthead Nick Schonert.

Cobus Wiese makes his return to action in the second-row and partners compatriot Jean-Luc du Preez at lock for the first time this season.

First start for Sale this season for Curry

Captain Jono Ross starts at blindside flanker and is joined in the back-row by England star Curry at openside and Daniel du Preez at number eight. Curry makes his first start for Sale this season after completing a mandatory rest period following his involvement in the 2021 Lions tour of South Africa.

In the backline, Raffi Quirke continues in his rich vein of form and is named again at scrum-half, joining fellow academy half-back Kieran Wilkinson in the starting line-up. The youthful combination have the highly experienced centre partnership of Tuilagi and Sam James at their disposal in midfield.

Denny Solomona continues to impress following his return to action this season, the England international joins Scotland’s Byron McGuigan and Simon Hammersley in the Sale back three.

Meanwhile, Harlequins have made three changes for Friday’s clash with the Sharks as they come into the match unbeaten after three wins out of three.

Promoted to the starting XV this week off the back of a blockbuster victory over play-off rivals Bristol Bears last weekend, Marcus Smith, James Chisholm and Luke Northmore are the sole changes to the starting line-up to travel to Manchester.

With all three players earning their first starts of the season, Smith replaces injured Italy international Tommy Allan, while Chisholm and Northmore start in place of Tom Lawday and Louis Lynagh respectively, who are named amongst the replacements this week.

With Northmore partnering Springbok centre Andre Esterhuizen in the midfield, England man Joe Marchant is shifted to the right wing this week.

Form: Sale Sharks’ only win in their last six Premiership Rugby fixtures was 20-19 at home to Bath in Round One. The Sharks tripped up in their most recent encounter at AJ Bell Stadium losing 15-25 to Exeter ending an eight-game winning run at the venue. Defending champions Harlequins have begun the season with maximum league points after their first three matches and have now won their last six games in succession since they last visited Sale on June 4. Quins have won their last two away games, their best sequence for twelve months. The last five fixtures between the two clubs in Premiership Rugby have all gone the way of home team advantage whilst Harlequins have not been victorious at AJ Bell Stadium since a 25-23 victory in April 2015.