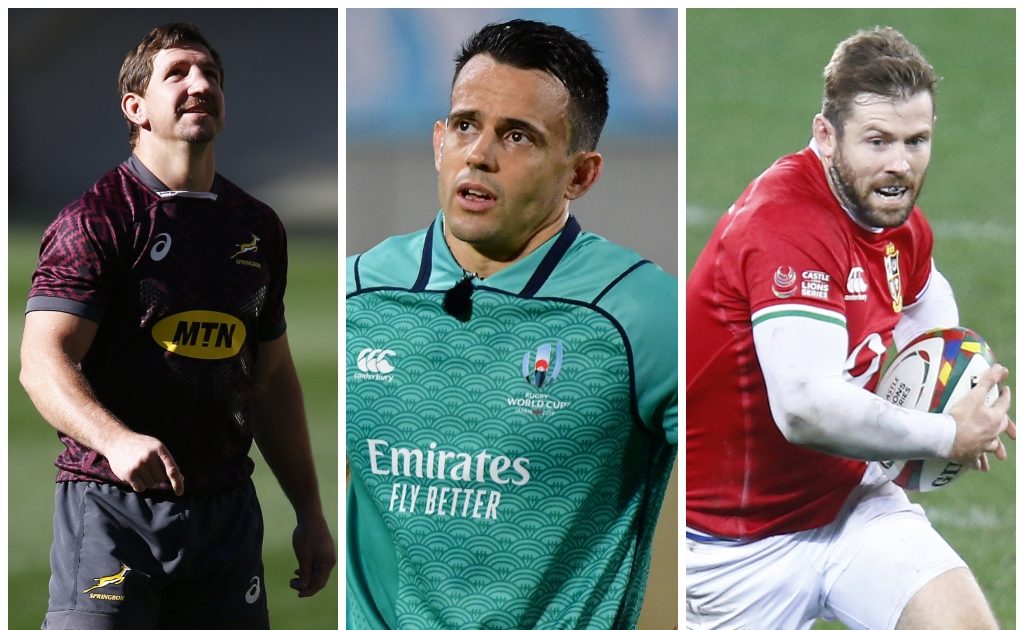 Planet Rugby features writer James While gives us three scenarios that could play out in the first Test between South Africa and the British and Irish Lions.

When you look at the two teams facing each other in the first British and Irish Lions v South Africa Test match this weekend, there’s nothing but a hair separating them in so many departments.

Set-piece will be key. Yes, the Springboks may get a marginal ascendancy at scrum time, and whilst all will be solid on the Lions tighthead side, Wyn Jones will need to be at his plump and prickly best to maintain height and legality on the other side. In the lineout, the Lions surprisingly have a height and athletic advantage across the board, with four world-class jumping options in Jack Conan, Courtney Lawes, Maro Itoje and Alun Wyn Jones. Tom Curry adds a mobile fifth option, with Luke Cowan-Dickie providing accuracy. The Exeter hooker has missed one throw all tour and that was a 30m to the tail – 60% of his efforts have been middle or back, allowing pacey attacking options from shorter passes.

The defences largely cancel each other out, with Curry and Robbie Henshaw leading a blitz that has a tad more width than the aggressive Springboks, who rely on pace into the face of the opposition and are prepared to leave the flanks open and focus on holding the middle ground.

With three points on offer from the siege gun place-kickers to both sides from anywhere from their own 10 metre line forward, as ever discipline will be key – but in a Test where both sides want to own the scoreboard, don’t underestimate the influence of penalties over tries, and we expect the sides to match each other blow for blow in that regard.

When you add all of these things together, you realise that three sub factors are likely to come into play – a moment of individual genius from a Cheslin Kolbe or an Elliot Daly that adds a seven pointer to the three point battle, or a defensive howler under pressure from kick or run. The last factor is down to which team holds the lead after 50 minutes and the bench impact thereafter – the Lions have picked a bench to tighten and control, which relies upon them having parity or superiority after that 50 minute replacement mark, whilst the Boks have gone for all-out scrum power with a big front-row to trot on.

We expect this to be the most likely scenario – a thriller on tight margins, attritional yet committed rugby and with the lead changing hands several times – the perfect Test match.

2020/21 saw more red and yellow cards dished out in Test matches than any previous year within the Tier 1 sides. Indeed, if one were cruel, Wales played a large proportion of their Six Nations versus 14 men and profited greatly from some rather moronic moments from the opposition they faced.

You only have to witness the last match of the Australia v France series to understand just how ‘hair-trigger’ referees have become regarding higher hits, when the normally excellent Ben O’Keeffe was perhaps a tad enthusiastic in removing Marika Koroibete from the field of play for a tackle incorrectly interpreted as high. Australia to their credit, galvanised themselves in adversity, played their socks off and won, but many sides would not have, and if they’d have lost, the impact of O’Keeffe’s error would have been on every back page of the Antipodean rugby press.

In Wellington 2017, the Lions undoubtedly profited from Sonny Bill’s sending off – but New Zealand had nobody to blame but themselves. But the key takeout is that the laws have tightened up considerably since that series and the tolerance level for even marginal illegality is zero.

This scenario took an interesting twist this week when Brendon Pickerill withdrew and now has been replaced by the veteran Marius Jonker. It is remarkable that a home official has been appointed in such a big game, and if we’re honest, Jonker has a little bit of TMO history with both Wales and England and already, Warren Gatland has expressed his surprise at the appointment.

We may be pre-empting things unfairly, but one thing is for sure – no fan or player wants a referee induced outcome. The only way to ensure this happens is to apply a simple methodology – stay legal – and that’s the message that will ring out from both coaches to all 46 players involved – don’t give them a chance to give you a card of any sort – unless it’s a business card after the game.

Now bear with us, as this one might surprise you. South Africa have not played together properly other than a Test versus Georgia and a couple of rebadged ‘A’ matches since 2019. They have lost a couple of key players and others, such as Handre Pollard, are coming back from long-term injury.

The absence of Duane Vermeulen cannot be underestimated – his game is complete – and the little advantages he gives, such as the massive force he adds from eight at scrum-time, the committing of three in a tackle to haul his juggernaut runs down, are missing.

Couple this with the longer term effects of the Covid that’s permeated the Bok camp and you can see that they have some real issues to deal with. Lung capacity can be hindered and the effects of that are yet to be fully seen.

Maybe, just maybe, if at that crucial 50 minute mark, the Lions are eight points up, we might see the Boks forced to really open up and play high risk games to deliver catch-up rugby.

In the modern game, 63% of all tries are scored from turnover (or error) in open play followed by a deconstructed counter attack. The Lions bristle with players like Stuart Hogg, Duhan van der Merwe and Anthony Watson that can shred a side on the counter attack and should South Africa get careless in an attempt to score, we can see the Lions cutting loose and maybe getting to that 20 point difference mark, something that in a series like this, would rock the Boks to the core.

It’s an unlikely scenario, but it’s certainly far from impossible and it’s the dream that every Lion player and every supporter in red would be delighted to see.

But for now, it remains that – just a dream, but one that may very well come true.