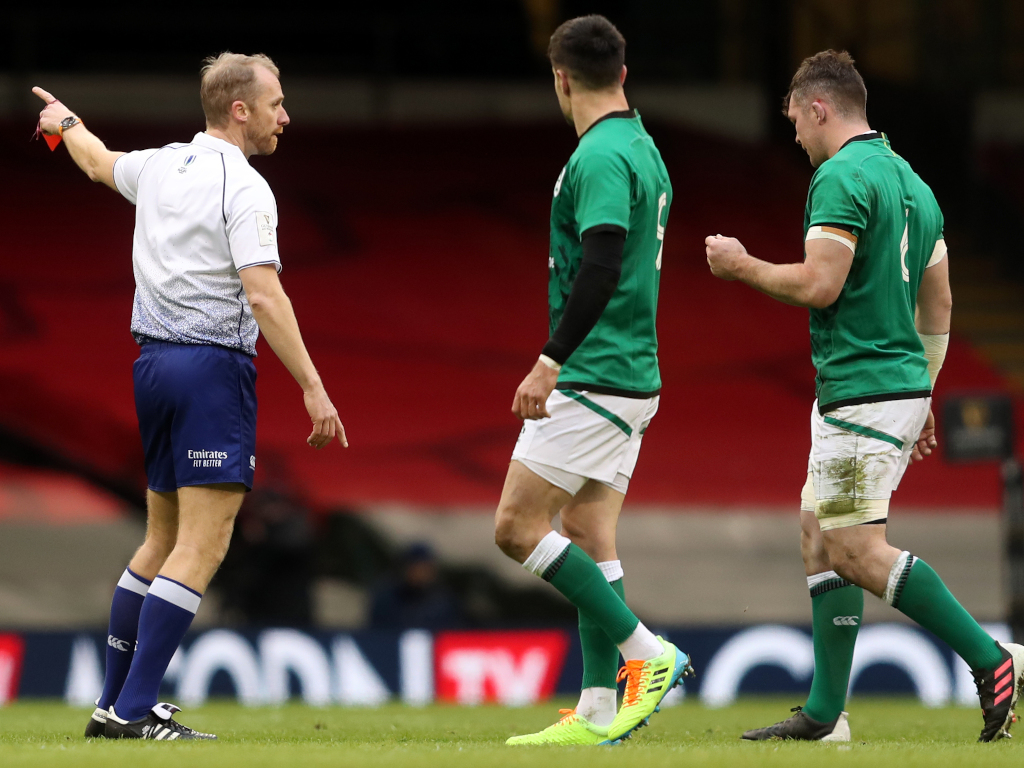 Ireland flanker Peter O’Mahony has been banned for three Six Nations matches after being sent off in Sunday’s opening defeat to Wales.

The 31-year-old will miss games against France, Italy and Scotland before being eligible to return against defending champions England on the final weekend of the tournament.

O’Mahony was dismissed by referee Wayne Barnes in the 14th minute of the 21-16 loss in Cardiff following a reckless shoulder-led hit to the head of Wales prop Tomas Francis.

The Munster captain was facing a suspension of six weeks for the offence but received a 50 per cent reduction due to his previous disciplinary record and conduct during Tuesday’s hearing.

A Six Nations statement read: “The player admitted the act of dangerous play in a ruck and that the offending merited a red card. The player did not seek to challenge the referee’s decision.

“As the conduct involved contact with the head, although noting that no injury was suffered by the Wales number three (Francis), the committee determined that the entry point was mid-range, which for this offence is six weeks.

“The disciplinary committee concluded after careful consideration of the player’s record and conduct in the hearing that the player was entitled to a 50 per cent reduction of sanction in mitigation.

“The player is suspended from February 7 to March 14, which represents three meaningful matches to the player. The player is free to play again on March 15.”

Ireland host France in Dublin on Sunday before travelling to Italy on February 27 and then Scotland on March 14.

The enforced absence of O’Mahony further reduces the back-row options of Andy Farrell after Caelan Doris was sidelined by concussion symptoms going into the Wales game.

Asked for his view on the red card following the match at the Principality Stadium, head coach Farrell said: “I’ve seen them given before, so I’ll let people who get paid to assess that do that.”

Leinster back-row Jack Conan, who won the last of his 17 caps at the 2019 World Cup, was added to Ireland’s squad ahead of O’Mahony’s hearing.