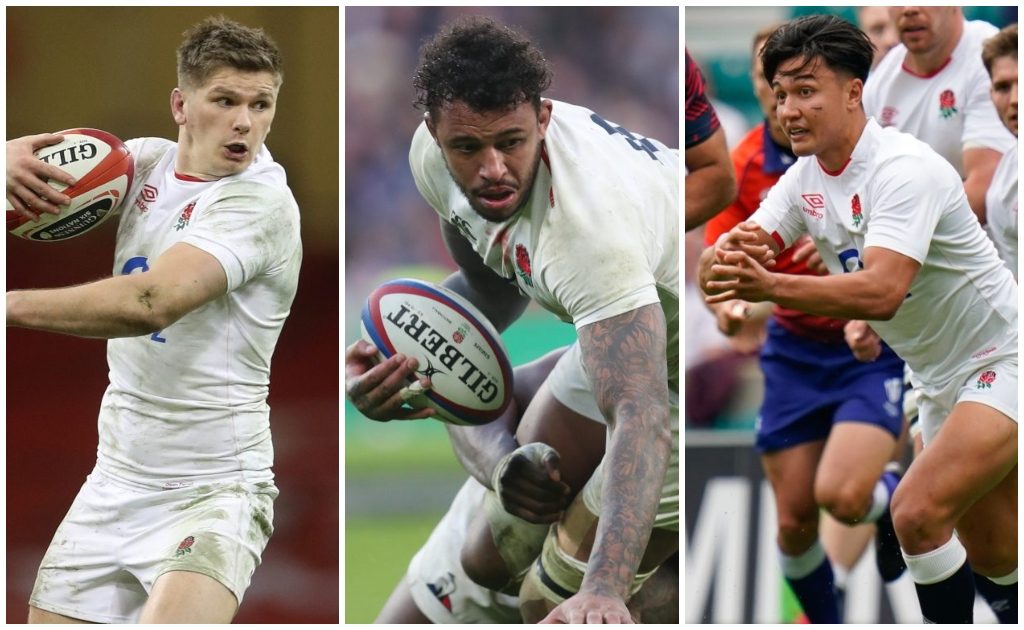 With Eddie Jones naming the 34 players to take him through the first of five separate England campaigns before the 2023 Rugby World Cup, we take a look at the key talking points of the selection.

For some, this squad is revolution over evolution. No Vunipola brothers and no George Ford seems to be a punchy reaction to England’s poor Six Nations campaign last season and the introduction of some leftfield selections such as Nic Dolly and Trevor Davison is sure to set the typewriters of Fleet Street rattling.

But dig down into the team and you’ll find you can make a XV from the players used at the last Rugby World Cup squad and you’ll see that Jones’ selection is a reaction to both form and the changing demands of the game. It’s littered with pace, it has players that are capable of succeeding under the new law introductions and above all, it has a blend of youth and experience that should be commended.

But the biggest takeout is, with those five campaigns only before another World Cup, that this was Jones’ last chance to really shake things up before the real preparation begins, and the final opportunity to test talented options at the highest level unencumbered by the presence of some big influences around the team.

Jones described his selection as a “line in the sand”. That it might be, but there’s still a concern that those very sands of time are running out and this squad is a reflection of a need to test some very promising players. You can bet your bottom dollar a few of those dropped will be back, and it’s more a case of ‘when’ than ‘if’.

The importance of being Courtney

There’s no doubt that Courtney Lawes has matured into a wonderful flanker, a passable lock and an impressive leader. However, his importance to England in this new era is absolutely pivotal.

Planet Rugby asked Jones directly on Monday regarding his plans for Lawes’ role and were advised that he would be in contention for a starting lock if required, with Jones adding the caveat that whilst George Martin could cover the engine room off the bench, he’d not be considered as one of the second-row starters.

With only Charlie Ewels and Jonny Hill in the squad available to partner Maro Itoje, there’s a question if this selection is short of another big specialist lock such as Northampton’s David Ribbans, a man Jones worked with during their time together with the Stormers, where it’s rumoured Jones was less than impressed with Ribbans’ style of play.

This lock conundrum provides England with a real reliance on keeping their three specialists fit to maintain consistent positional play within the pack. Both Hill and Ewels scrummage on the tighthead side with England whereas Lawes, due to his long and relatively (by Test rugby standards) slender frame, will prefer the loosehead side. Him playing as a lock also depowers the scrummaging force coming from the flankers, where Lawes provides enormous heft into his prop’s rump.

The simple truth is that Lawes could do a job, but that depends on the opposition he faces. To take on South Africa (or even the new look Australia) with a lightweight and makeshift engine room seems daring and perhaps a plan that is at best unwise and at worst, downright madness.

Jones has taken a high risk strategy here, selecting his fourth lock as a makeshift, and that itself alludes to him wanting this squad to replicate a limited 31 man Rugby World Cup squad, pressuring the players to own their positions and to focus on fitness to deliver specialisms, but you cannot help but think that the addition of a Ribbans or Harry Wells would have given Jones just a few more options to look at as he finalises his thinking.

Despite speculation that there might be a change in actual captaincy, Owen Farrell again keeps his job but with the need now to bring together a new leadership group.

Shorn of his favourite four closest allies in the Vunipolas and George Ford, the dynamic now changes, as Farrell needs to work out how he engages with new sub-leaders to form England’s so-called senior leadership team. Farrell is a man of directive nature; he’s blunt, honest and demands incredibly high standards but those that know him well might perhaps wonder about his agility in thinking under pressure and how he communicates with others around him.

One of the key relationships of any side is the understanding between 2, 8, 9, 10, and 12. In this new squad, assuming he starts at inside centre, Farrell will be surrounded new players, those that give out different information, that deliver that insight in a manner he may not be used to and will ignite plays and tactics that are different to those that he’s been familiar with for so long around the likes of Ford, Billy Vunipola and others.

For Farrell, he has to embrace this not as a threat, but as an opportunity – a chance to grow the tactical armoury of England, to imbue new tactics and to play the game at a higher tempo than we’ve seen before and whilst he’ll feel almost stripped bare without his pals around him, he needs to quickly make new friends and to understand what makes them tick.

Above all, the best leaders do so with empowerment and delegation, two things that don’t come naturally to the ‘over the trenches’ approach of the great Saracen. It’s absolutely pivotal that he allows Marcus Smith to lead the attack, to give him the space to breathe and to make the playmaker role his own.

This is the biggest test of Farrell’s leadership yet – a walk into the unknown for a man that favours the structure of normality around him and England’s success relies upon his ability to recognise the challenge he faces and adapt to it.