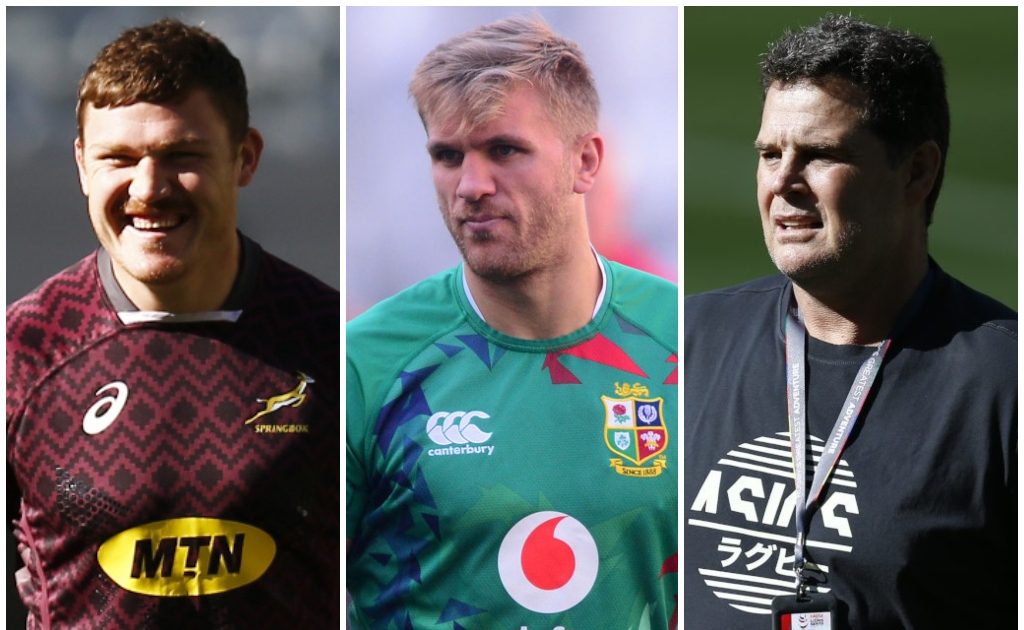 Planet Rugby features writer James While gives us three scenarios that could play out in the second Test between South Africa and the British and Irish Lions.

It’s absolutely unprecedented for a director of rugby to take to social media to deliver a one-hour monologue on referee incidents, but that’s precisely what Rassie Erasmus has spent the last week doing in the lead up to the second British and Irish Lions Test versus South Africa.

Never shy of raw aggression on the pitch, Erasmus has turned rather more passive/aggressive to deliver his thinly veiled condemnation of Nic Berry and his officiating team. From marginal offsides to full blown yellow cards, his wild blunderbuss of opprobrium and indignation fired in every direction that social media allows, and World Rugby have already commented that they’ll be considering their position over the Springbok’s tirade.

For Erasmus, he’s played the highest risk game of all – he’s put everything on one horse – that of a Springbok win on Saturday. Failure, and he looks like the biggest clown since Charlie Caroli finally hung up his oversized shoes, and even with the collateral of the Rugby World Cup in the bank, his position will be absolutely untenable.

Win, and he’s a visionary – a genius who ‘said it how it was’, a modern crusader against rugby injustice whose reputation will achieve even further god-like status in South Africa.

It’s a massive gamble, but when people are addicted to the thrill of winning and have nothing to lose but their reputation, it’s all down to the roll of a dice and with the teams as closely matched as they are, who can blame him?

For those that recall the 1997 second Test, British and Irish Lions v South Africa, the sheer pummelling that the Lions endured for the first half of that game will live long in the memory. Running out like men possessed after a crate or two of Red Bull, the Boks’ legal brutality in attack and their sheer power on the gainline threatened to blow the Lions into oblivion, and only a combination of dodgy place kicking by South Africa and rather more accomplished footwork from Neil Jenkins held the Lions in the game.

Make no mistake, the 2021 second Test will be the same. The pressure and power the Lions will face in the first part of this match will be at a level they’ve never experienced; not in World Cups, not in Six Nations and certainly not in any form of domestic rugby.

The Springboks are fighting for their very survival. It is bigger than life or death in a country divided politically but united in sport, and the result of this Test match is a metaphor for nationalistic pride and social success.

Should the Lions not deal with the wave of green in the way their predecessors did in 1997, make no mistake, they’ll be blown away like autumn leaves and it’s entirely possible that if the Boks can get a 14-point lead in that first half, we will see the floodgates of passion and power open in the second to see a big score, as the Lions play catch up and the searing wings of the Boks take every advantage in broken field rugby.

It’s not the most likely of our three scenarios, but it is, in terms of intensity, a level up from anything 23 Lions will have ever faced. They need, in short, to front up otherwise their entire tour is about to be absolutely derailed.

The last scenario is pretty much a scoreline carbon copy of last week. The British and Irish Lions have tweaked their side, changing one forward, where prop Mako Vunipola will add huge breakdown and carry advantage but in all likelihood, will mean the Lions scrum will be slightly depowered. Conor Murray adds control, whilst Chris Harris will be the brick wall that the sledgehammers of Damian de Allende and Lukhanyo Am need demolish.

For the Boks, Jasper Wiese will being power in the 10 and 12 channels off first-phase plays, coming down route one to smash anything in his path in the manner he’s done for Leicester Tigers for the last year. His presence is crucial; it takes two or three to bring the big number eight down, and once that many defenders are committed, it offers undefended width for the flying wingers to exploit.

All of the changes brings different dynamics to the match scenario, but the commonality is power – it’s essential that both teams stay legal in defending and soaking, and the value of place kicking will be absolutely premium as both sides seek to own the scoreboard.

It is an easy call to make, but we believe this is going to be a five-point Test match, a monumental contest of gainline power played right down the middle of the pitch.

If this happens, it’s a simple case of who wins? The immovable object or the irresistible force? We’ll only know the answer to that this evening, but it’s going to be a hell of an afternoon finding out the answer.