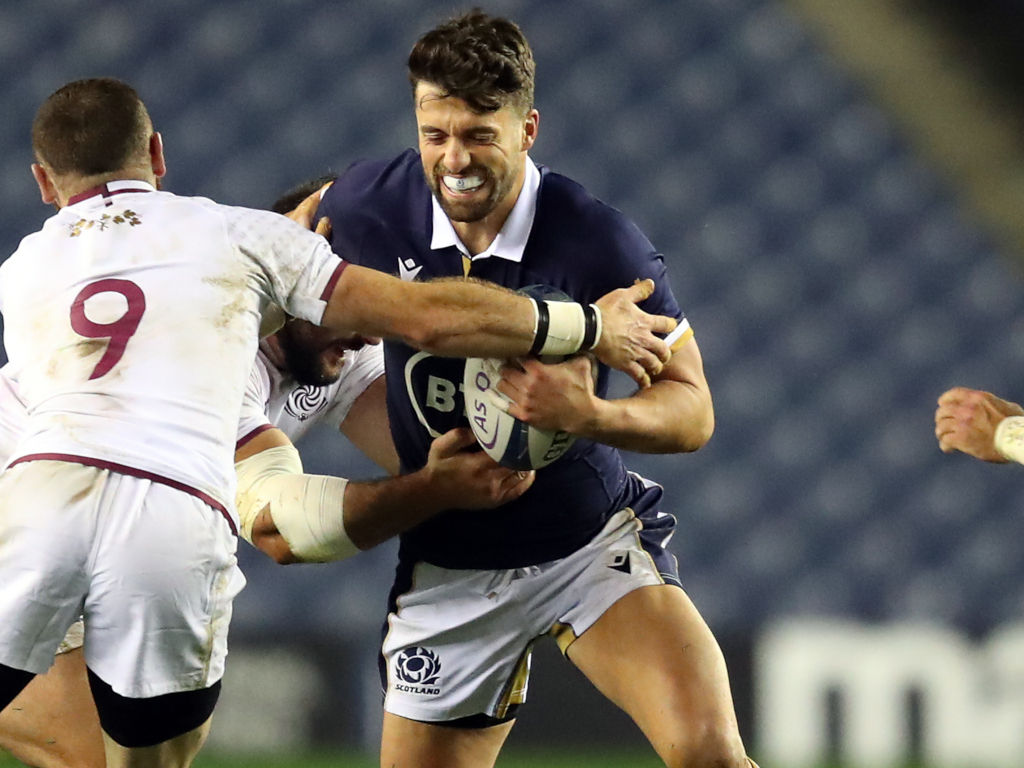 Adam Hastings’ return to action with Scotland will be further delayed after he was handed a three-game ban for his red card against Leinster on Sunday.

Catching a high ball in the 37th minute of Glasgow Warriors’ PRO14 fixture, an airborne Hastings raised his lead leg and his boot made contact with Cian Kelleher’s face.

Given the mitigating factors, including the player’s acceptance of foul play, a 50 per cent reduction was applied to the default ban of six weeks, meaning Hastings will miss the next three meaningful games.

Scotland head coach Gregor Townsend had recalled the 24-year-old to his squad for the Six Nations match with France, which was scheduled for last weekend before a coronavirus outbreak in the French camp saw the fixture postponed.

Hastings has not played for his country since he sustained a shoulder injury in the 14-10 win over Wales in Llanelli back in October but returned to action with Glasgow against Ulster on February 19, before starting the Warriors’ defeat to Leinster on Sunday.

Hastings, who will join Gloucester at the end of the season, will now be absent for Scotland’s next two Six Nations fixtures against Ireland and Italy, with his ban due to end at midnight on March 21.

He could feature in the rearranged clash with France, which is being lined up for March 26, the PA news agency understands.

Glasgow will be without Hastings for this weekend’s clash with Zebre.