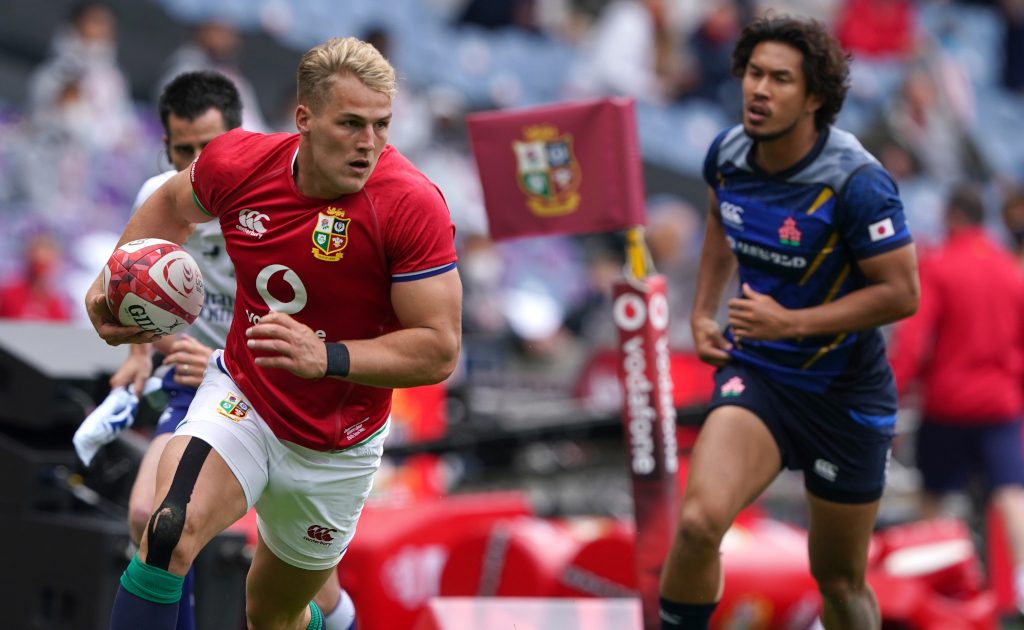 The British and Irish Lions play the third game of their South Africa tour when they face the Sharks in Johannesburg on Wednesday.

A pectoral injury prevented Curry from playing a part in the thumping wins against Japan and the Sigma Lions, but the 2019 World Player of the Year nominee is primed for his Lions debut after being restored to full fitness. Still only 23, the Sale flanker is an explosive carrier, has huge stopping power in defence and is strong over the ball. His work-rate is also a point of difference. And he needs to display all those attributes if he is to wear the number seven jersey against the Springboks following Hamish Watson’s blockbusting, man-of-the-match display in the tour opener in South Africa. A seismic duel awaits at openside.

Viewed almost exclusively by England as a wing or full-back, Daly has travelled to South Africa as a dedicated outside centre. Seeing one of the Red Rose’s most naturally-gifted players operating in his preferred position for the Lions is an exciting prospect and against the Sharks he must seize the opportunity of his first tour start. The 28-year-old Saracen offers a unique set of skills compared to the other centres who have travelled – Robbie Henshaw, Bundee Aki, Chris Harris and the versatile Owen Farrell. Athleticism, footwork and speed set Daly apart from his rivals and would allow the Test midfield to take a different shape to power-first or twin playmaker approaches.

The Lions are blessed with high-quality options out wide yet two matches into the tour, one is almost certainly already taken. Josh Adams has amassed five tries in two starts, underlining his finishing prowess, but coach Warren Gatland may decide he wants different qualities on the other side of the pitch. Van der Merwe fulfils this brief perfectly by using his powerful physique and clever footwork to bring tackle-busting firepower to the backline. The South African-born Scot’s brute strength could offer balance alongside the more dynamic Adams and provides physical presence against the mighty Springboks.