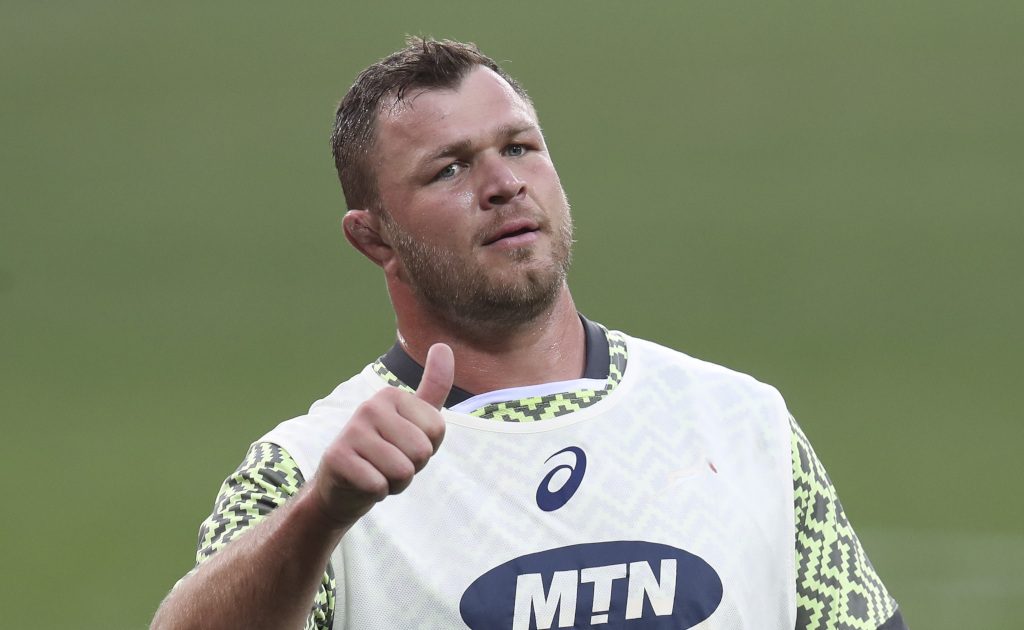 Steven Kitshoff, Malcolm Marx and Duane Vermeulen will all start for a strong-looking Barbarians team against Samoa at Twickenham on Saturday.

The team, skippered by Glasgow’s Ryan Wilson from the back-row, also features a mostly-Australian back-line steered by the all-Wallaby combination of James O’Connor and Nic White in the half-back roles.

Japan are also well-represented, with Ryoto Nakamura in the centre, Shinnosuke Kakinaga at tighthead prop and Naohiro Kotaki in the second row.

Puma Marcos Moneta is on the wing, with Wilson the only northern hemisphere player in the starting side.

As reported earlier this week, Ireland’s Rob Kearney will make his career swansong from the bench, with the side coached by Dave Rennie.