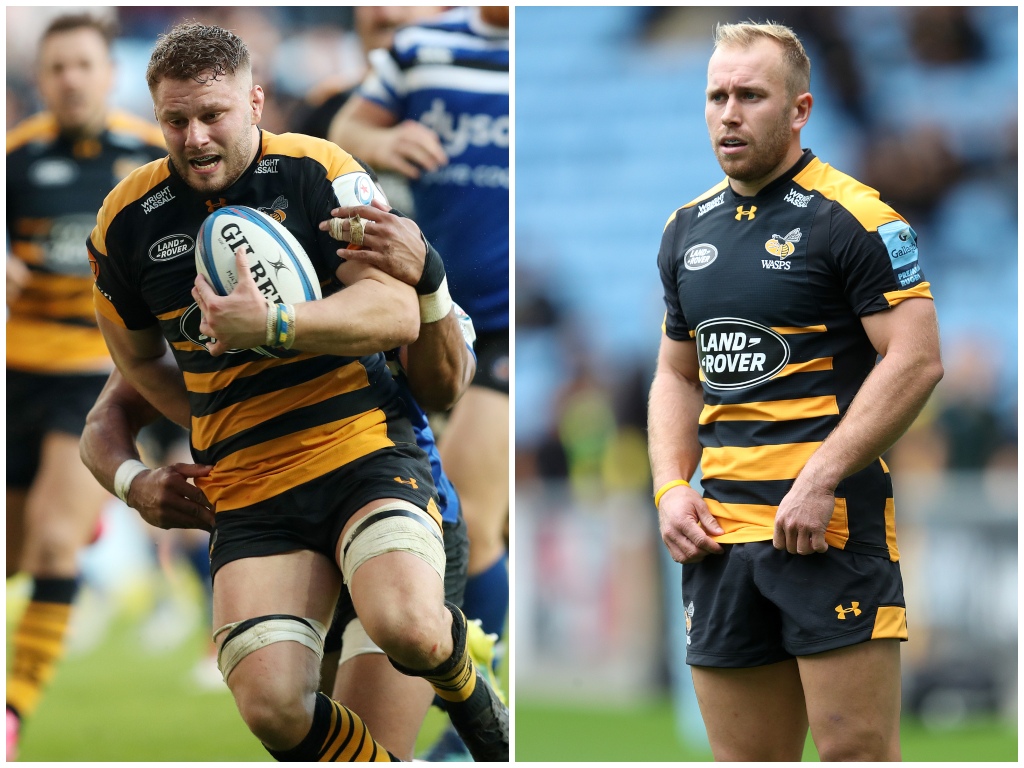 Wasps have announced that back-row Thomas Young and scrum-half Dan Robson will co-captain the Premiership outfit in the 2019/20 campaign.

The pair, who have been standout performers in recent seasons for the men in Black and Gold, bring a wealth of playing experience to the roles.

Robson, who has been with the club four seasons and racked up 30 tries in 96 appearances, picked up his first England caps earlier this year after impressing throughout the 2018/19 campaign.

Welshman Young was also in fine form last time out, as he became a club centurion, earned a recall to the Wales national team during the Six Nations, and was named Supporters’ Player of the Season.

Robson, 27, will be heading into his fifth season at the club, while Young, also 27, prepares for a sixth campaign of pulling on the famous Black and Gold.

The pair are named as co-captains while club captain Joe Launchbury is away with England on international duty.

Wasps director of rugby Dai Young said: “We obviously need to have more leaders within the group and we believe that Dan and Thomas are excellent candidates to lead the team.

“Both individuals play a fundamental role in the squad and I think they’ll complement each other well as co-captains.

“They are both highly-respected by the group and they will certainly have the full support of everyone in the team.

“While both are new to captaincy, they will bring a great deal of energy and enthusiasm to the roles, and will also be supported by our existing leadership group.”

Robson said: “I’m thrilled and honoured to be offered the chance to lead the team alongside Thomas. It’s been a tough few months personally but having got back to full fitness I’m ready and raring to go for the new season and as a squad we’re determined to make it one to remember.”

Young added: “It’s a privilege to be asked to lead the team. We have a fantastic, young group of players and hopefully we can help drive standards across the squad and compete on all fronts.

“I’m thoroughly looking forward to getting back out on the field this season and can’t wait for the rugby to start.”