Home Premiership Bristol ‘They came hard, but we hit them hard’ – Pat Lam 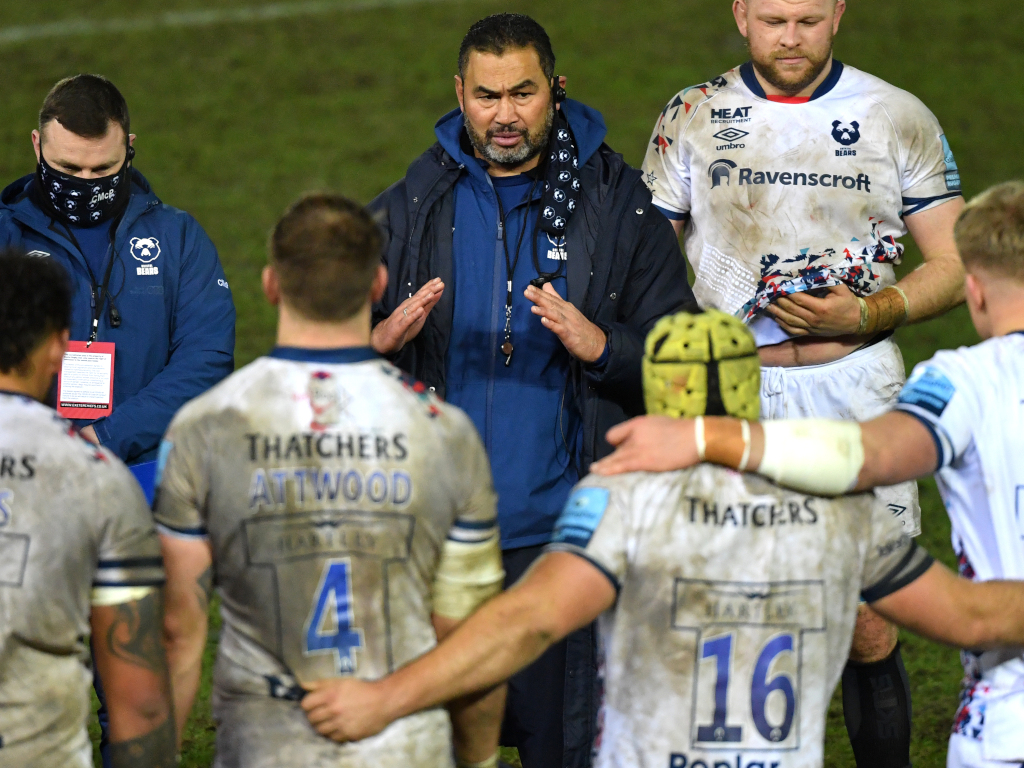 Pat Lam hailed “a big win for the club” after his Bristol team went top of the Premiership by beating champions Exeter 20-7 at Sandy Park.

“Coming here, we were going to get a taste of them being at their best, so we prepared accordingly.

“We talked about what it takes at Test match level, the intensity and physicality. You can’t just rock up with those things, you have got to prepare the whole week. It was a massive effort by everybody.

“There is a long way to go, but it’s more the way we are playing rugby at the moment.

“People admire all the fancy stuff, but statistically, we have the best maul, for instance. No-one has scored a maul try against us.

“They came hard, but we hit them hard, and that’s what we planned to do.”

No-one impressed more than 23-year-old Randall, who is uncapped at international level, but is eligible for England and Wales. His latest virtuoso display was witnessed by England head coach Eddie Jones.

Lam added: “He has got the skill-set to play at the next level if he keeps working.

“I can’t control Eddie’s decisions, but all I know is he has gone from strength to strength.

“Pound for pound he is the toughest rugby player around. He is only 70kg, but it is not the size, it is what you do with that size.

“He pops up in the right places. I believe a lot of these guys are international class if they keep on working, and all our big players stood up today.”

A huge victory for the Challange Cup Champions 👊

For Premiership and European champions Exeter, it was a second successive league loss following a 34-5 defeat at Wasps last weekend, with a Jonny Hill try converted by Joe Simmonds being their only scoring contributions.

And the Chiefs might have a while to stew on it, given the uncertainty surrounding next week’s Champions Cup fixtures because of an anticipated travel ban for French clubs due to the coronavirus pandemic.

Exeter director of rugby Rob Baxter said: “I am assuming from what we are reading that there is going to be a postponement, but we haven’t been told definitely.”

And on Exeter’s loss to their west country rivals, Baxter added: “Well done to Bristol. I thought they came here and executed what they wanted to do very well.

“You could tell by our performance last week that we had hit a bit of a flat spot. We had an expectation we would be better this week after a bit of a slap in the face, and I think we were.

“We got ourselves back in the game after a slow start, and then didn’t capitalise on some opportunities we got.

“To be fair to Bristol they were just that bit more composed and made things count in our 22 a little more than we did.

“The reality is that we’ve probably got to look at ourselves and have a little bit of a reset moment.”