Home Premiership ‘The top four is our goal’ – Stuart Hooper 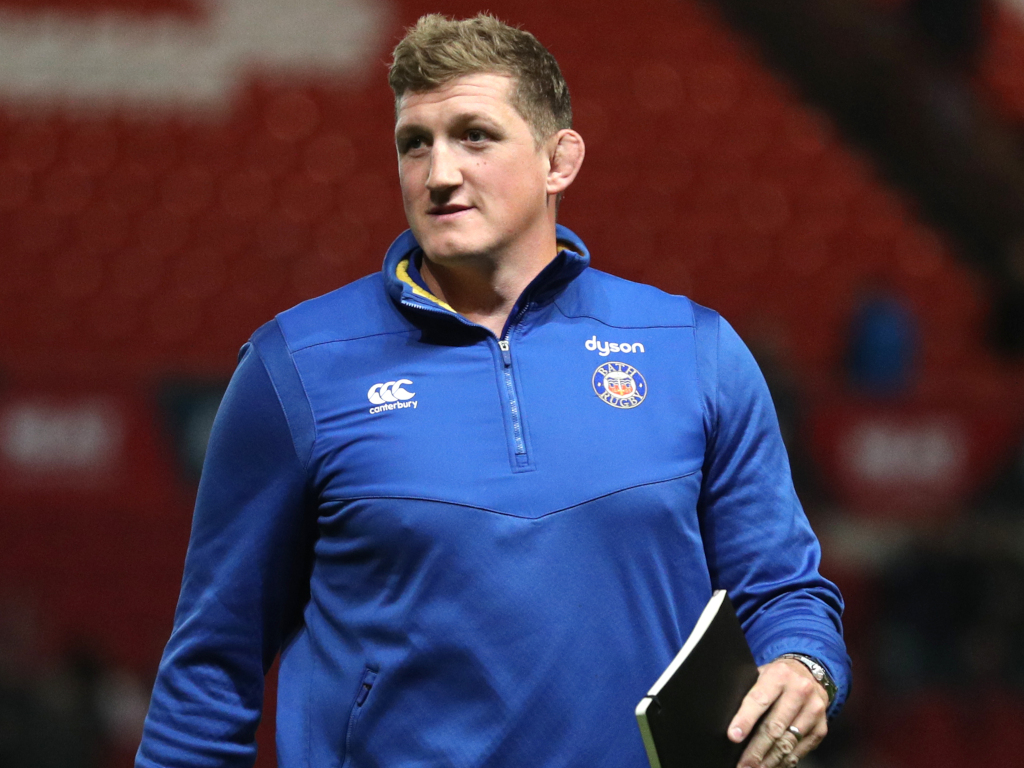 Stuart Hooper underlined Bath’s “goal and ambition” to secure a Premiership play-off place after they claimed a dramatic 21-20 victory over Leicester.

Scrum-half Ben Spencer converted Will Muir’s 78th-minute try to thwart Leicester’s hopes of a first league win at the Recreation Ground since 2011.

Part of the chasing pack

Bath are currently 10 points off the top four with six games left but they remain firmly among the chasing pack.

“But in this league, you cannot control anything other than the game you are playing.

“There are challenges that you don’t foresee and the top four is hard work, but we have got a group of lads who are ready for that.”

Leicester had dominant spells based on strong forward foundations, with England prop Ellis Genge shining at the set-piece and in the loose and South African number eight Jasper Wiese hitting hard in attack and defence.

But they could not put Bath away and the home side showed strong resilience to ultimately edge an intense contest that was highlighted by a man-of-the match performance from home number eight Zach Mercer.

Mercer will leave the west country for French club Montpellier this summer, a move which surprised many when it was announced.

Mercer’s Bath team-mate and fellow England international Anthony Watson said: “At first, I questioned his decision to leave the club and I was a bit hostile to him.

“But the way he has taken the opportunity to represent this club has made me feel like a bit of an idiot.

“He has been world-class and for someone to do that and to be leaving at the end of the year shows what type of bloke he is.

“I didn’t think he was making the right decision, and I was stand-offish. I spoke to him about it and I understand his reasons a bit better.

“When his contract is over there (at Montpellier), he will still be less than 25 years old.”

Hooper added: “The important thing is that we found a way over the line at the end and got the win.

“It was absolute class (from Spencer) to step up and kick that kick at the end, and Zach Mercer was outstanding again.”

It was a frustrating finale for Leicester in what could prove a dress rehearsal for next month’s European Challenge Cup final, with Tigers hosting semi-final opponents Ulster on April 30 and Bath entertaining Montpellier 24 hours later.

“Given the position we got ourselves into, we are disappointed with the result,” said Tigers head coach Steve Borthwick.

“I thought the players attacked the challenge really well today and we are making steps forward.

🛁 Will Muir and Ben Spencer were the heroes for Bath.

“The players deserve a lot of credit for the way they attacked that game and we will take the lessons and move forward.

“All I say is about getting better each week. Bath are a very good team and we were able to put them under a lot of pressure. We did a lot of good things out there.”