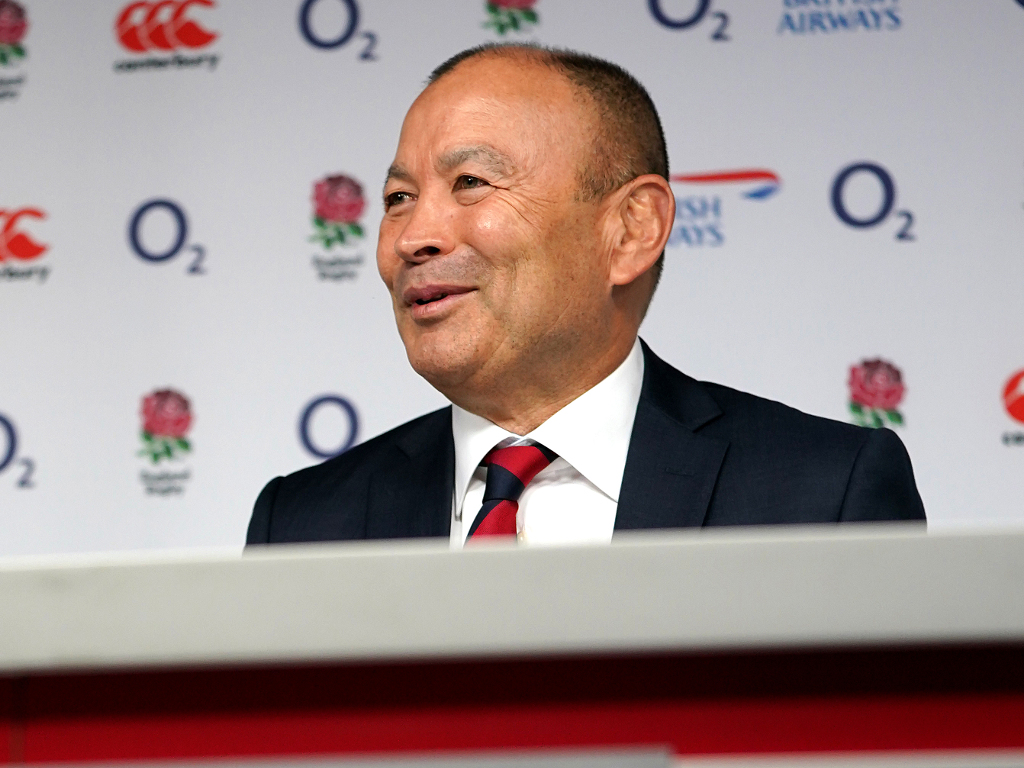 It was announced on Thursday that Eddie Jones had inked a contract extension which will see him remain as England head coach until the Rugby World Cup in 2023.

Here, the PA news agency looks at the challenges ahead after Jones signed up again, looking to build on the solid foundations he has already laid.

Was it the best time to announce a new contract?

While the world battles against coronavirus there is more focus on those in sport taking pay cuts rather than signing new deals.

It has brought rugby – and sport – to a halt with financial instability rife and Jones had already taken a pay cut of more than 25 per cent before his contract announcement, with the RFU forecasting losses of up to £50m over the next 18 months.

The announcement was delayed by the outbreak and RFU chief executive Bill Sweeney said his thoughts were with everyone impacted by the virus, before adding that in “exceptionally difficult times” he was “pleased to be sharing some good news”.

Can Jones emulate Woodward and turn England into the world’s greatest?

Jones’ ambition in his first four years was to make England the best team in the world and they came within 80 minutes of that before losing last year’s World Cup final to South Africa.

His new contract will see him overtake Sir Clive Woodward, who coached England to World Cup glory in 2003, as England’s longest-serving boss.

🗣️ "I never thought coming here four years ago I would be doing a second four years but the circumstances are right."

Jones has doubled down on his goal now that he has signed a new deal, saying: “Now we want to be the team that is remembered as being the greatest team the game has ever seen. It’s a big ambition but I believe we are capable of doing it.”

It will be another long road but he has the foundations to build on.

Can Jones use the lockdown to develop the character of his squad?

Jones has called on his squad to show they can become a “better citizen” during the coronavirus crisis.

He said: “Rugby is a game that has always espoused teamwork and one of the things we talk about with the England side all the time is how you can become a better team-mate. Now for everyone, it’s how you become a better citizen.”

After Aston Villa captain Jack Grealish was forced to apologise after flaunting the lockdown at the weekend, Jones’ rugby stars can prove themselves to be the citizens he wants.

What is next on the agenda?

England are scheduled for a summer tour to Japan in July but that looks increasingly unlikely to go ahead. The RFU chief executive Bill Sweeney said a decision will be made by the end of April and they remain in dialogue with World Rugby.

Beyond that there is the prospect of possibly finishing the 2020 Six Nations tournament later in the year.

Several matches were postponed, including England’s clash against Italy, and there is no guarantee the competition will restart. If there is a resumption England, who lie joint top of the table with France, have a shot at winning the title.