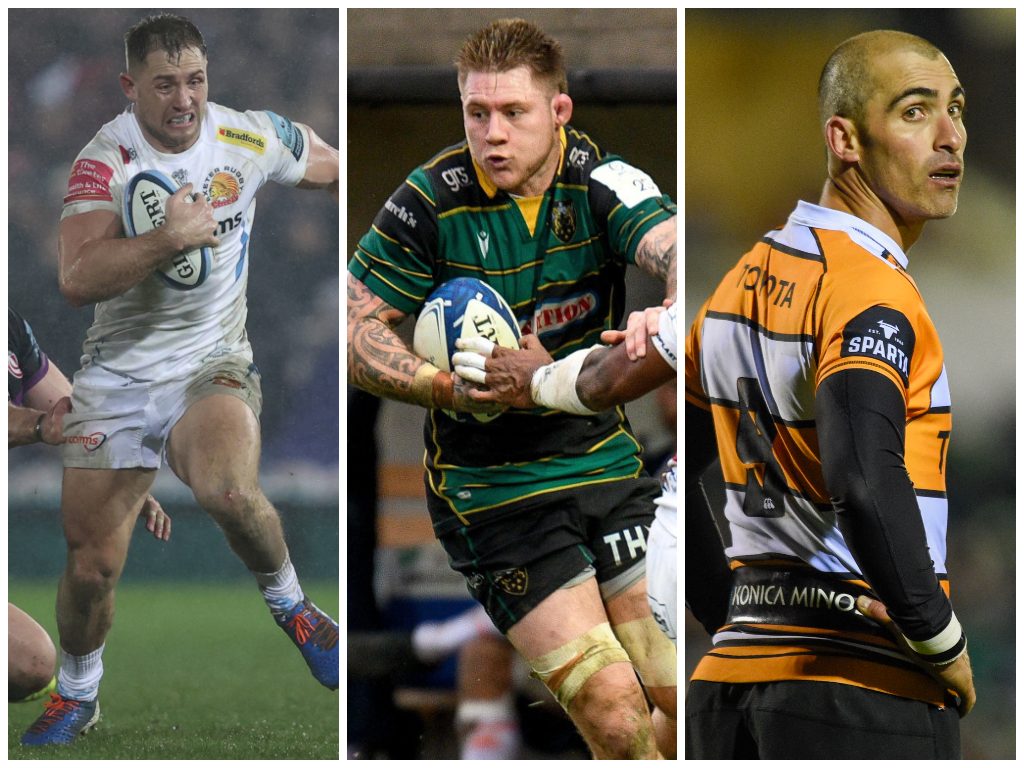 The short side returns to Planet Rugby as we study the major talking points ahead of this weekend’s action from the European club competitions.

It is first versus second in the Premiership on Sunday in what is a perfect warm-up ahead of England facing Ireland in the Six Nations. Currently the Chiefs are four points clear of the Saints on the Premiership table so it’s a massive showdown between two sides shorn of some star names, with Northampton also looking to bounce back from their disappointing defeat to Bristol Bears at Franklin’s Gardens last Sunday.

Exeter are rightly favourites for this clash, especially after their impressive triumph at Gloucester, with victory this weekend set to be huge in terms of nailing down top spot. Of course, they will know that and we expect Rob Baxter’s men to get the job done on their home patch.

With Leinster cruising in Conference A, the PRO14’s focus continues to centre on Conference B, due to four teams being in the hunt for top spot. Edinburgh are currently leading the race on 38 points, with Munster (35), Scarlets (32) and Connacht (30) keeping the heat on them.

Last week’s showing from the Scottish outfit in difficult conditions at Scarlets must be applauded, with Duhan van der Merwe once again standing out on the wing. Meanwhile, Connacht also impressed with a comfortable 29-0 win over Cardiff Blues last time out so both teams enter this one confident, which bodes well for an entertaining game if the weather allows at Murrayfield.

🏆 It earned him the Round 11 Guinness @PRO14Official @Ronseal Perfect Finish

For those who missed it, last week saw Toulouse make the surprise decision to name the Springbok finisher at fly-half against Racing 92. While the champions came out on the losing side, the experiment was largely successful as Kolbe’s talents were evident throughout in Paris.

Yes, the bold call was made due to a lack of fly-half options at the moment but, with Romain Ntamack and Thomas Ramos in the France squad that will face Wales on Saturday, Kolbe could once again be called upon to fill the gap, with his goal-kicking also earning him plaudits.

Two up-and-coming English fly-halves will be eager to shine on Friday evening when Wasps host Saracens. Umaga has been with the England squad this Six Nations while Vunipola continues to look a prospect after being handed plenty of minutes for the holders so far in 2019/20.

Both youngsters have two experienced and knowledgeable heads outside them at the Ricoh Arena in the shape of Jimmy Gopperth and Brad Barritt, and this battle between the quartet really whets the appetite. It’s a fascinating tussle and one Eddie Jones is likely to be watching.

Subplot to watch – Ruan Pienaar back at Ulster

It promises to be an emotional occasion for former Ulster favourite Pienaar when he runs out at Kingspan Stadium on Saturday. The Cheetahs veteran, who returns to the province for this week’s PRO14 fixture, formed a wonderful relationship with the Northern Irish outfit during his time there, with players, coaches and supporters upset to see him move on due to a decision out of their control.

The 35-year-old scored 877 points in 141 games for the province and regularly stepped up at vital moments, which will never be forgotten by the Ulster faithful. While Pienaar this week hinted at a possible return to Ulster in a coaching capacity, first he’ll look to enjoy the occasion and also put on a solid display for the Cheetahs, who are looking for a victory that would reduce the gap on their hosts.

The action of course kicks off on Friday with games as yet unmentioned being the Premiership clash between Sale Sharks v Leicester Tigers, while the PRO14 matches include Ospreys against Leinster and Zebre hosting Munster – the latter entering after a massive win over the Kings.

Bath and London Irish face Harlequins and Gloucester respectively on Saturday with Glasgow and Ulster hosting the Dragons and Cheetahs on the same day before Sunday’s games see Bristol Bears take on Worcester Warriors, Cardiff Blues face Benetton and Scarlets host the Kings.