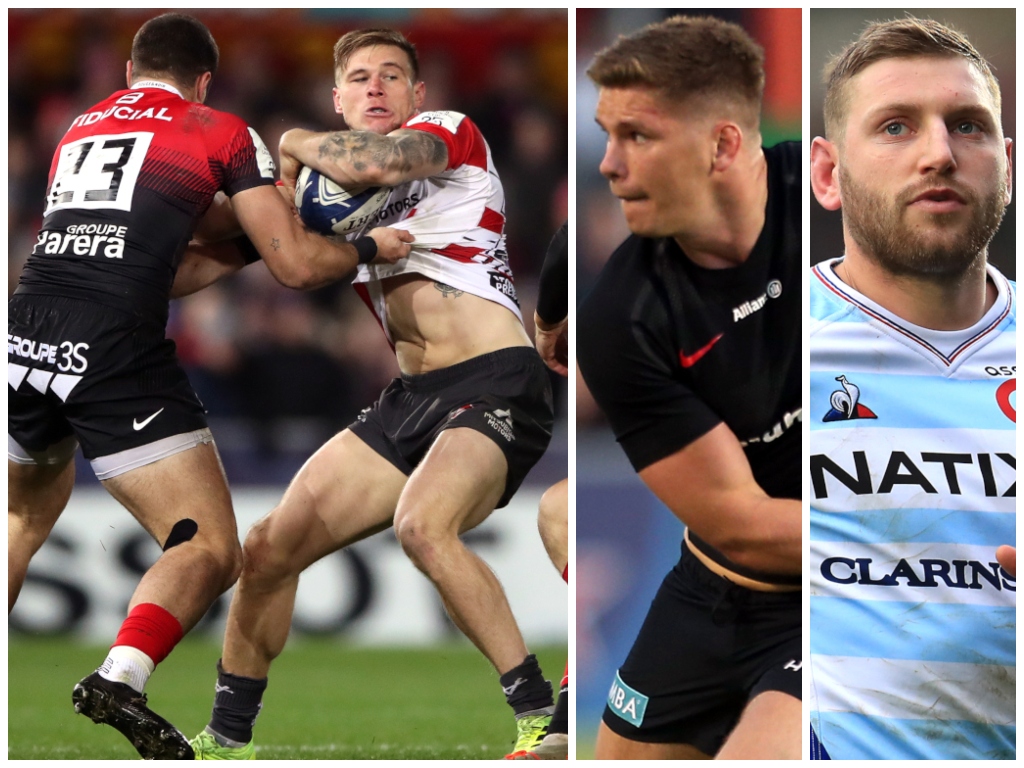 The short side returns to Planet Rugby as we study the major talking points ahead of this weekend’s final round of pool games in the Champions Cup.

Despite all but rolling over against Racing 92 in their opening pool game in Paris, Saracens still have their fate in their own hands as we come into the final round of matches. That is because they won three of their ensuing four fixtures and now face a crunch game at home with Racing 92. So, will the holders continue a superb run of making the knockout stages that dates back to 2012?

Said question is arguably going to be the story of the round as Munster will be hoping Racing 92 do them a massive favour and repeat the performance that did for them last week in Paris. However, one wonders just how much the French visitors will toil to secure a home quarter-final.

Therefore one can’t help but feel the momentum and scales are tipping slightly towards the reigning champions in Sunday’s clash at Allianz Park, despite them having to deal with off-field distractions. If Saracens do progress to the last-eight, Mark McCall’s outfit can be delighted with their efforts on both fronts this season as players then start to build to the Six Nations with their countries.

There are many intriguing encounters in the final round, which includes several teams attempting to qualify for the knockout stages, but this is a match where both sides have something on the line.

For Toulouse, they are looking to secure the win that will grant them a home game in the quarter-final, while Gloucester are hoping to qualify as one of the best runners-up.

Assuming Ulster defeat a Bath side who are yet to win in the competition this season, that leaves four sides (possibly five if you include Munster) vying for the other two places. The Cherry and Whites are one of three English clubs on 14 points – alongside Northampton Saints and Saracens – and they have given themselves a shot of reaching the next round.

Despite only winning two games, they have claimed a remarkable six bonus-points which has duly presented them with this opportunity. Johan Ackermann’s men also have the advantage of playing last, knowing what they will need to do in advance of their game on Sunday.

It will be a tough task, however, as Les Rouge et Noir have rediscovered themselves after a barren few years. They claimed the Top 14 title in 2019 and have dominated this pool, which included a deserved 25-20 triumph over Gloucester in Round One.

Although they have been inconsistent domestically this season, Ugo Mola’s charges are stacked with quality and the visitors will have a difficult job of halting the hosts’ powerful pack.

With Lyon out of the running for knockout qualification, Northampton might have thought they would face a line-up missing a large chunk of their big-name players. That, unfortunately, is not the case as Saints go into this looking to set the bar as high as possible for their last-eight rivals.

Currently they are level on points with Gloucester and Saracens (14), who face trickier tasks against Toulouse and Racing 92 respectively. But, as mentioned, Northampton need only focus on the task in front of them on Saturday as they set about doing everything possible to get into the latter stages. Winning with a bonus-point would of course be a dream scenario and then they could sit slightly easier on Sunday.

A boost sees Cobus Reinach and Dan Biggar back in tandem this week as Chris Boyd looks for a reaction after last week’s disappointing effort. With this outstanding half-back combination on the field, Saints will no doubt go up a notch in terms of tempo on a massive day in France.

The Springbok was always going to become a fan favourite at Kingsholm and since joining in 2018 he has certainly done that. A towering presence in the engine room, he has all the tools required for being a world-class second-row as his physicality is backed up with line-out dominance, speed and intelligence with his running lines; the latter two traits having become a regular fixture in recent Gloucester games.

The Cherry and Whites will need more of the same from their South African forward if they are to upset Toulouse on their home patch but, if he is able to replicate his form of late, they stand a chance of securing a win that’s likely to see them into the Champions Cup last-eight.

Gaining regular front-foot ball via the likes of Mostert should see the rest take care of itself as Gloucester possess incredible talent in their backline, with Ollie Thorley and Louis Rees-Zammit in superb form at the moment, behind string pullers Willi Heinz and Danny Cipriani.

Off to a flyer ⏱🔥@jasonwoodward06 scoring early for @gloucesterrugby in their derby-day win against @bathrugby, making it one of the Top 5 moments from Round 8 in the #GallagherPrem 💪

What do you think should be in the Top 5?

Two star international fly-halves go head-to-head on Sunday when Saracens take on Racing 92 in their crucial Pool 4 clash. It is a confrontation which will no doubt be repeated in a few weeks time when Scotland host England at Murrayfield and it will be a chance to gain the psychological upper hand before that Six Nations encounter.

Russell has, quite simply, been superb for the Parisians since moving from Glasgow Warriors in 2018 and was in stunning form in the reverse fixture. His box of tricks were out in force as Racing thrashed Sarries 30-10 in the French capital and he will be hoping for a repeat this weekend.

Farrell, alongside the majority of their England regulars, did not play in that match, however, and it is likely to be a different story on Sunday. Despite the presence of Maro Itoje and the Vunipola brothers, Billy and Mako, the Red Rose captain is their talisman and will expect to help his team into the quarter-finals.

It has not been the most memorable group phase this season. Too many games have been blowouts, teams – primarily English – have fielded weakened squads and the majority of pool winners were effectively decided in the fourth round but, as a result, it has set up an exciting finale.

Six are vying for three places, although Ulster, who have the easiest task and could still take top spot in Pool 3, will kick themselves if they don’t overcome Bath.

Should the province do the job then that leaves Northampton, Saracens, Gloucester, Munster and Glasgow Warriors in the running. The English clubs are favourites, with all three currently on 14 points, but the Warriors, who face Sale Sharks in Manchester, could sneak in should two of them slip up, while Munster will potentially take second in Pool 4 if Sarries lose to Racing.

The Premiership outfits in general have some tough encounters, with the Saints visiting Lyon and the Cherry and Whites taking on Toulouse, leaving those in Limerick and Glasgow with plenty of hope.