Home Premiership The short side: Tasty semi-finals and midfield mayhem 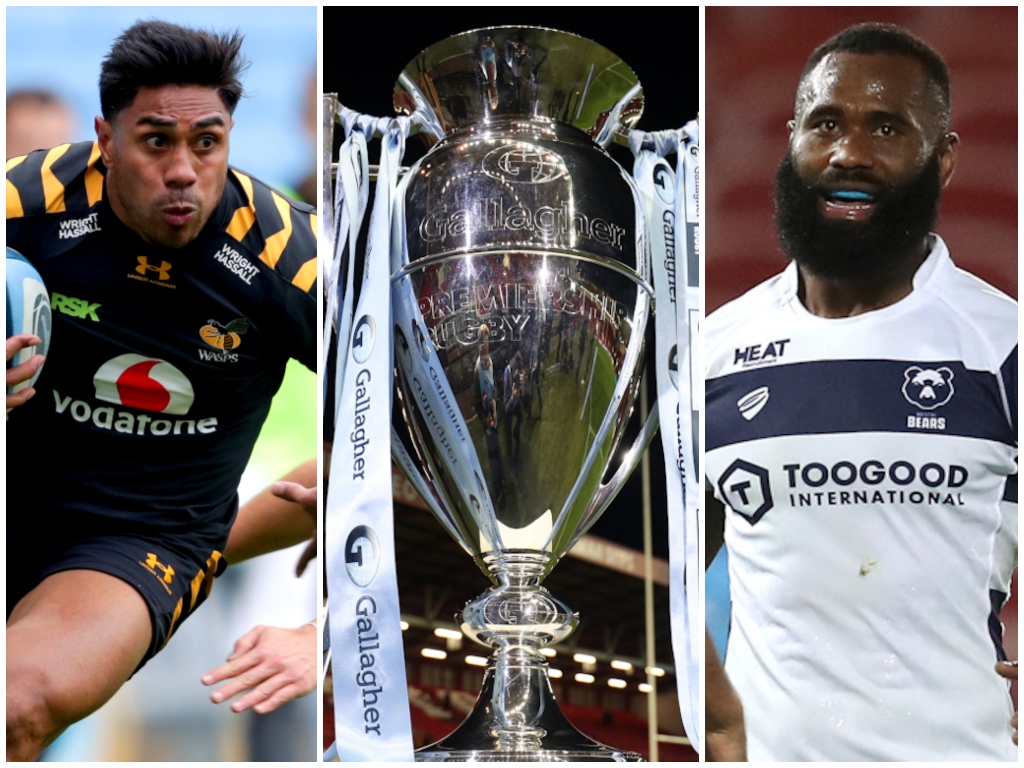 It promises to be a thrilling couple of matches in the Premiership on Saturday when Wasps host Bristol Bears before Exeter Chiefs take on Bath at Sandy Park.

Wasps are in superb shape having won their last six league games, coming into the semi-finals as the form team, but face a dangerous Bears side despite them still being without the injured Charles Piutau. There’s stars aplenty in this game and we have former Wasps fly-half Andy Goode to preview both of the matches.

The second semi-final sees top tackle fourth as Bath were confirmed in the knockouts only a few days ago. While Exeter have been losing of late, they have rested the vast majority of their first-team so it will be interesting to see how their fresh legs go against a strong and confident Bath outfit. Bring on the semi-finals.

Although it is still early in the PRO14 campaign, both these sides will be brimming with confidence after notching impressive wins in their respective tournament openers last weekend. Cardiff Blues got their season off to a solid start with a 16-6 away victory against Zebre while Connacht were made to work hard before sealing a 28-24 home triumph over Glasgow Warriors.

Those results mean this week’s encounter is a top-of-the-table clash and even though this is a home fixture for Cardiff, Connacht will fancy their chances of securing a win as the game will be played at Rodney Parade due to the Arms Park being part of Dragon’s Heart Hospital at the Principality Stadium.

That will be easier said than done though as the Welsh outfit have named a strong team which includes several internationals. They are particularly strong on attack with Wales flyers Josh Adams and Hallam Amos amongst the best finishers in the business, while playmakers like Jarrod Evans and Willis Halaholo will also be keen to leave their stamp on this match.

Connacht’s attacking onslaught will be led by Ireland centre Bundee Aki, who hit the ground running in that victory against Glasgow and his efforts were rewarded with a brace of tries and the man-of-the-match award. Also keep an eye on captain and number eight Jarrad Butler, who has impressed with his leadership and some strong carries from the base of the scrum.

🗣️ "The make-up of both back-rows will really decide the game." #WASvBRI

Ian Whitten was preferred at inside centre for Exeter’s Champions Cup semi-final against Toulouse last month, but it is Devoto getting the nod for this last-four game and we’re excited to see what he can do alongside Henry Slade in an intriguing Premiership showdown.

His running threat and quality with ball in hand has long been a feature of Devoto’s game and if that relentless Exeter pack get on the front foot and he can shine in between Slade and captain Joe Simmonds, the Chiefs will surely prove too strong for Bath this weekend.

He will go up against youngster Cameron Redpath in the 12 slot, which is an interesting call from Bath as they pick him over Josh Matavesi, so Devoto will be keen to get into the promising 20-year-old as early as possible, laying down a midfield marker in the match.

With the Premiership reaching its business end, there will be plenty at stake when Wasps host Bristol Bears in their semi-final and these two players will be crucial to their respective teams’ causes.

Both are in excellent form and are amongst the leading attackers in the Premiership. Radradra has shone in that department since joining Bristol from Bordeaux-Bègles and if truth be told, he has hardly put a foot wrong since arriving from the Top 14 outfit.

The Fijian international possesses the tools to unlock the tightest defences but he will have to be at his best against Fekitoa who, apart from his prowess on attack, has also caught the eye with several impressive defensive performances of late. The All Black has impressed with some big hits which usually halts his opponents’ momentum and it will be interesting to see if he will be able to do that against Radradra, who has seldom been stopped when at full pace.

Adding spice to this duel is the fact that these players know each other well as they were team-mates at Toulon a few years ago. We await this battle with great anticipation.

Just look at this from @MalakaiFekitoa! 😍

Some hit from the All Black! 💥

Subplot to watch – The response from John Cooney

There was surprise in some quarters when Cooney’s name was absent from Ireland’s 35-man squad announced on Thursday. In his place was Leinster’s Jamison Gibson-Park, who joins Conor Murray and Kieran Marmion as the scrum-half options at Andy Farrell’s disposal.

Cooney will therefore be desperate to prove a point to the selectors when Ulster clash with Ospreys in the PRO14 at the Liberty Stadium this Saturday as he looks to show his form has not dipped since those sparkling displays before the lockdown brought a halt to all sport.

On his day Cooney is a real catalyst for Ulster and should bounce back strongly, but in truth it’s hard to fault the form of Gibson-Park since his arrival from New Zealand in 2016, with Ireland blessed with high quality nines at the moment and that includes Luke McGrath.