Home News The short side: PRO14 final and play-off race 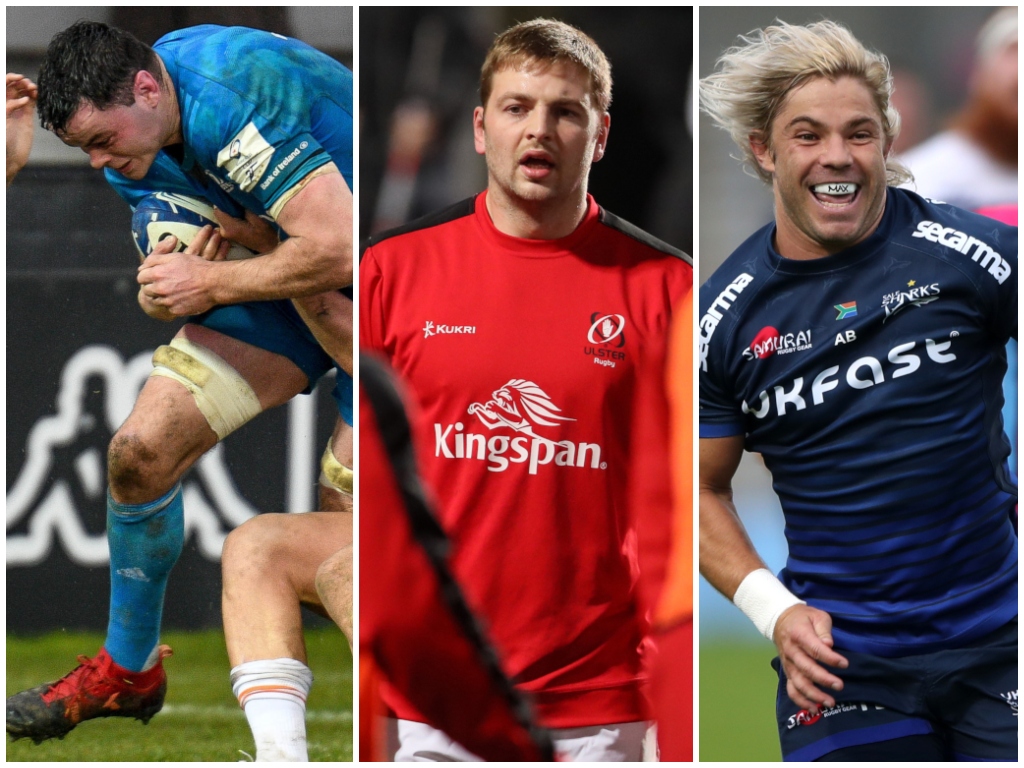 Major silverware is on the line between these two teams and it’s hard to find anyone backing Ulster to turn over the Leinster machine that continues to motor. Their winning run is staggering and it’s going to take an almighty shock for the Belfast outfit to beat them at what’s effectively their second home at the Aviva Stadium.

Leinster have averaged 34 points per game this PRO14 season with Ulster similarly impressive on 27. Ulster are ahead of the Dubliners in one area though – clean breaks – as they average 10 per match and will need to keep their attacking game at this level if they are to stand a chance of beating Leo Cullen’s form side.

It says something about the depth and confidence Leinster have that they decided to bench Ireland fly-half Jonathan Sexton, with possibly one eye on next week’s Champions Cup quarter-final.

But in truth they lose little with Ross Byrne at number 10 and this team’s success has been built on a whole squad effort, who have shone week after week. It’s no surprise that Cullen has shown confidence in youth, which compliments his experienced players nicely, and they should enjoy a successful day in Dublin.

🏆 Ross Byrne at 10 for Leinster for clash with Ulster. #LEIvULS

📋 Read the team news ahead of the #GuinnessPRO14 Final. 👇 https://t.co/0UnqRAikbY

It’s second versus fifth in the Premiership on Sunday as the battle for the top four spots continues to excite. These two are joined by Bristol Bears and Wasps in a fascinating race for the play-offs, enhanced by all of them playing excellent rugby over recent rounds.

Sale have won their last four Premiership games following early struggles, while Bath have been victorious in five out of their last six outings, so that bodes well for both playing good rugby on Sunday.

With the aforementioned Wasps and Bristol meeting in the early kick-off, this is a pivotal day in the run-in. This game holds further intrigue as the Sharks have been defeated just twice at the AJ Bell Stadium in the Premiership this season, while Bath have won their last three away matches in the tournament.

A bumper set of @citizen_watch Try of the Week contenders this time! 😍

But which of these five outstanding #GallagherPrem scores tops the lot ❓

Don't forget to vote for your favourite on the app or our website! 🗳️ pic.twitter.com/57oObzAl1a

It is fair to say that the South African World Cup-winner has not been at his best since returning from the global tournament in Japan. An injury did not help, with the scrum-half out for two months after sustaining a knee injury against Bath in December.

He returned against London Irish, only for Covid-19 to halt proceedings for over five months. The break should have been a help rather than a hindrance for the former Lions man, but he is still searching for top form.

There have been glimpses, with his bullet passes against Bristol and Leicester Tigers resulting in tries for Luke James and Manu Tuilagi respectively, but that quality hasn’t been displayed on a regular basis.

Home grown product Will Cliff is pushing him hard for a starting spot but De Klerk should take his place in the XV for Sale’s crucial clash against play-off rivals Bath on Sunday. The West Countrymen have been superb since the restart and in the shape of Ben Spencer, who they signed from Saracens, the Rec-based outfit have found an answer to their half-back problems.

Spencer has been magnificent over the past few weeks so, for the Sharks and their talented playmaker at least, this would be a good time for De Klerk to produce when it really matters.

Two Ireland team-mates return from injury just in time for the PRO14 final, as well as the Champions Cup latter stages. Neither has featured for their respective provinces since the restart but they will go head-to-head in the showpiece event as they attempt to inspire their teams to silverware.

Ryan bolsters an already intimidating pack, who will expect to dominate their opponents this weekend, but it will be interesting to see how he fares after six months without any game time.

The same will be asked of Henderson and whoever adapts best to the occasion could provide their side with a particular advantage on the day. The Ulsterman is especially important to the Belfast-based outfit, with his carrying ability, defensive excellence and sheer work ethic a crucial part of how they operate.

The 28-year-old is also very solid in the set-piece but his opposite number slightly edges him in that area. Alongside Devin Toner, that duo form a very efficient lock pairing and will look to dominate in the air.

That is an amazing recovery for Iain Henderson. He was down for 10-12 weeks out of the game at the start of August post hip surgery but he’s back way ahead of schedule. #LEIvULS

Cousin of Billy and Mako, the young fly-half has enjoyed a superb first full season for the Londoners and has proven to be a more than able deputy for the England captain.

He has impressed, whether in the Premiership or Champions Cup, but Farrell has unsurprisingly always been the man for the big games. Had it not been for his suspension, the Red Rose skipper would have steered the ship against Leinster, but the onus now falls on Vunipola.

With Saracens facing Exeter, albeit a second-string Chiefs side, it will be good preparation for what lies ahead next weekend for the youngster. Vunipola is mature beyond his years, has a good all-round game and kicks well off the tee, so it is worth following his progress this weekend.

Lawrence Dallaglio considers the implications for Saracens AND England. pic.twitter.com/xZuOfEZK9E

The focus in the Premiership is on the two play-off games, which means there is little riding on anything else. With relegation decided, thanks to Saracens’ salary cap breaches, the only other matter to be decided is the European places.

Due to Covid-19, the Champions Cup has been altered, meaning that the top-eight qualify for next season’s tournament. That rather negates the Gloucester v Harlequins encounter, which takes place on Monday, as the eighth place Cherry and Whites reside 12 points ahead of London Irish with three matches remaining.