Home Premiership The short side: Off-field intrigue and Jack the lad 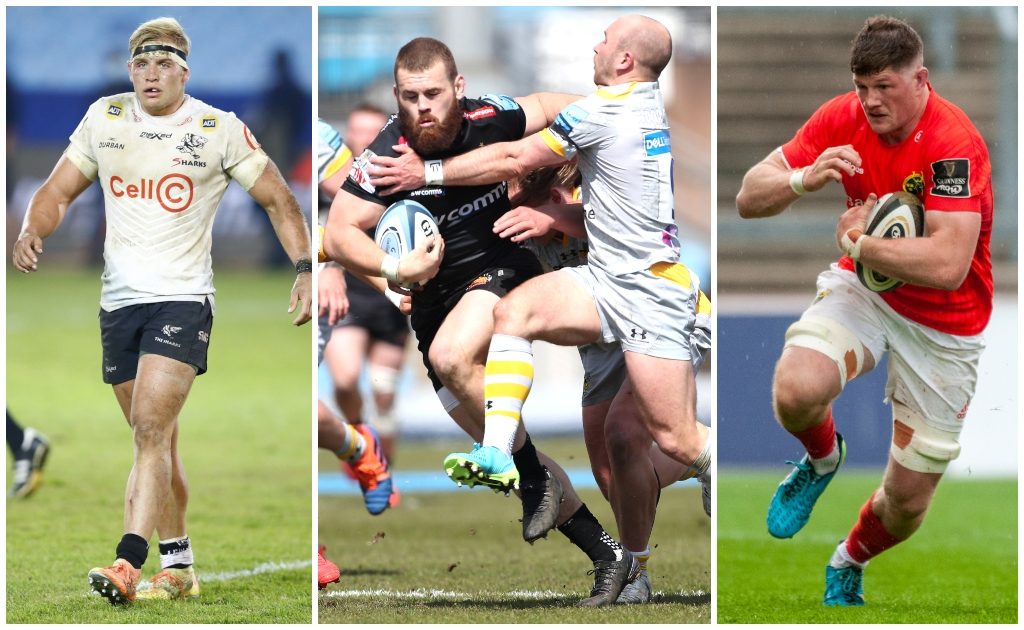 The short side returns to Planet Rugby as we study the major talking points ahead of this weekend’s action in the Premiership and United Rugby Championship.

Although it’s still early in the season, there will be plenty of interest in Saturday’s encounter at the Coventry Building Society Arena between fifth-placed Wasps and Exeter, who are in sixth position.

Matches between these sides have proven to be entertaining affairs of late with the Chiefs holding a slight edge after being crowned 2019/20 Premiership champions courtesy of a 19-13 win over Wasps at Twickenham last October and they also notched a 43-13 victory at Sandy Park in April.

Sandwiched in between those encounters was a memorable 34-5 victory for Wasps in their own backyard in January.

That away defeat to Exeter formed part of Wasps’ indifferent form during the latter stages of the 2020/21 season and they eventually finished in eighth spot in the standings – well short of the play-off positions.

However, Wasps have made a solid start to their 2021/22 campaign and after having a bye in the opening round they notched two home wins over Bristol Bears and Northampton Saints, with their only blip being a narrow 18-14 defeat at Newcastle Falcons in Round Two.

By contrast, Exeter made a slow start to their campaign as they suffered consecutive defeats in their opening two fixtures, against Leicester Tigers and Northampton, but they bounced back with impressive wins over Sale Sharks and Worcester Warriors.

Adding spice to this weekend’s fixture is the disagreement between the clubs over the issue of Native American headdresses which are usually worn by Exeter Chiefs supporters to their matches.

Wasps have asked spectators not to wear the headdresses and have also called for a ban on the attire but Exeter director of rugby Rob Baxter reacted by saying the whole issue is ‘a bit of a non-story’.

That sets the scene for what should be another memorable encounter between these teams and hopefully it lives up to the expectation.

Club statement following a request from one of our supporter groups to review the wearing of faux Native American headdresses and other cultural signifiers at our stadiumhttps://t.co/dFiug2bZmg

Maybe in any other week the rematch of the 2018 final between Leinster and Scarlets would be the main match to keep abreast of but, following the Welsh region’s heavy home defeat at the hands of a second-string Munster outfit last Sunday, we’re not confident over their chances in Dublin.

You could perhaps say that for Connacht as well after they surprisingly succumbed to the Dragons at the Sportsground, but there should be far more intensity in their play during this Irish derby.

Andy Friend’s men were impressive in overcoming the Bulls two weeks ago, a performance which shows what they are capable of, and the head coach will expect to see more of that in comparison to what happened last Saturday.

It will be a mightily tough ask for Connacht, with Johann van Graan’s charges beginning the campaign with a perfect record of three bonus-point wins from as many matches.

The Limerick-based team have been outstanding so far in 2021/22 and may think they have the capabilities of challenging Leinster’s dominance this season. The real test will obviously come towards the end of the campaign and the play-off clashes, but they look a well balanced squad with plenty of depth.

On form, Munster should have too much for Connacht this weekend, but you never know with the side from Galway. They are often resilient opponents, especially in derbies, have the quality to trouble anyone and are well coached.

Arguably the player of the United Rugby Championship campaign thus far, O’Donoghue has been excellent for Munster in the opening three rounds of the competition. The 27-year-old’s performances have surely caught the eye of Ireland coach Andy Farrell and it is baffling that he wasn’t named in a recent 50-man squad.

O’Donoghue’s recent outing for his province saw him show all of his qualities once again as a powerful break and then grubber kick through led to Liam Coombes going over. That showing came just one week after he scored a brace against the Stormers so he is in red hot form and will hope to continue that this Saturday.

This weekend’s game against Connacht at Thomond Park will be perfect for him to make yet another statement to Ireland selectors as, while there is an outstanding crop of flankers in the four provinces, it is difficult to see what more the destructive O’Donoghue needs to do to be considered in the green jersey once again.

Two hulking midfield giants of the game clash on Friday when Tuilagi and Esterhuizen meet in what promises to be a bruising contest at the AJ Bell Stadium. We are hugely excited to see how the England and South Africa internationals fare against each other, as both much prefer going over than around opponents.

Tuilagi’s fitness has long been a concern for both club and country and he is back again this week following a recent lay-off, so how ready he will be for this kind of physical test against the Springbok will be interesting to see. Throw in Harlequins enjoying a fast-paced and expansive game and a busy evening awaits.

Esterhuizen meanwhile will line up alongside the mercurial Marcus Smith from the outset after the fly-half was named in the starting line-up and will certainly benefit from that fact, with Quins keen to make it four wins out of four against a Sale side that would have hoped for a better start than they’ve managed.

After the midweek international announcements, there will be particular interest from those in Scotland when Cardiff and the Sharks go head-to-head on Saturday. At the start of the week, that wouldn’t have been the case but, following Dylan Richardson’s emergence, supporters will be intrigued as to how the South African-born flanker will fare.

Richardson is a huge talent and can play either back-row or in the front-row as a hooker. The 22-year-old is a good carrier and excellent defender but he is also potent at the breakdown and will add another jackaling threat to their ranks.

He is joined in the Scottish squad by another South African in the form of Pierre Schoeman, who has completed his residency period. They are two of 14 uncapped players in the 36-man group, with exciting Glasgow Warriors duo Jamie Dobie and Sione Tuipulotu a couple of others to pay close attention to this weekend.

As for Wales, newbies are rare, with the most inexperienced of the group, Christ Tshiunza, nowhere near the Exeter Chiefs first team. In fact, the second-row probably didn’t even have a Wikipedia page prior to Wednesday’s announcement.

It means the only other uncapped player is the Scarlets’ WillGriff John, who has been a regular for the Llanelli outfit this season. However, the big story is the return of Gareth Anscombe with the fly-half back in the squad for the first time since suffering that horrific knee injury in August 2019.

Despite being out of action for over two years, Anscombe’s return has been promising and he could add a different dimension to the Welsh side during the upcoming end-of-year Tests.

👏 That's some return for Gareth Anscombe.pic.twitter.com/W8YC3p4k1f

After the Premiership opener in Salford on Friday, the focus will shift to three matches taking place at the same time on Saturday when our game to watch is joined by Newcastle Falcons taking on a struggling Bristol Bears and Worcester Warriors going up against leaders Leicester, who are eyeing a fifth straight win. There’s a double treat on Sunday too as Bath host a dangerous Saracens side at the same time as London Irish face fourth-placed Gloucester to wrap up the round.

Games we haven’t covered in the United Rugby Championship include Friday’s two matches – Dragons v Stormers and Ulster v Lions – while Saturday kicks off with Zebre hosting Glasgow Warriors and then Benetton against Ospreys. Round Four concludes with Edinburgh hosting the Bulls, Leinster versus Scarlets and Cardiff Rugby taking on the Sharks, the latter fixture occurring at the same time as our game to watch at Thomond Park, with no action on Sunday this weekend.