Home Features The short side: New versus old plus operation escape 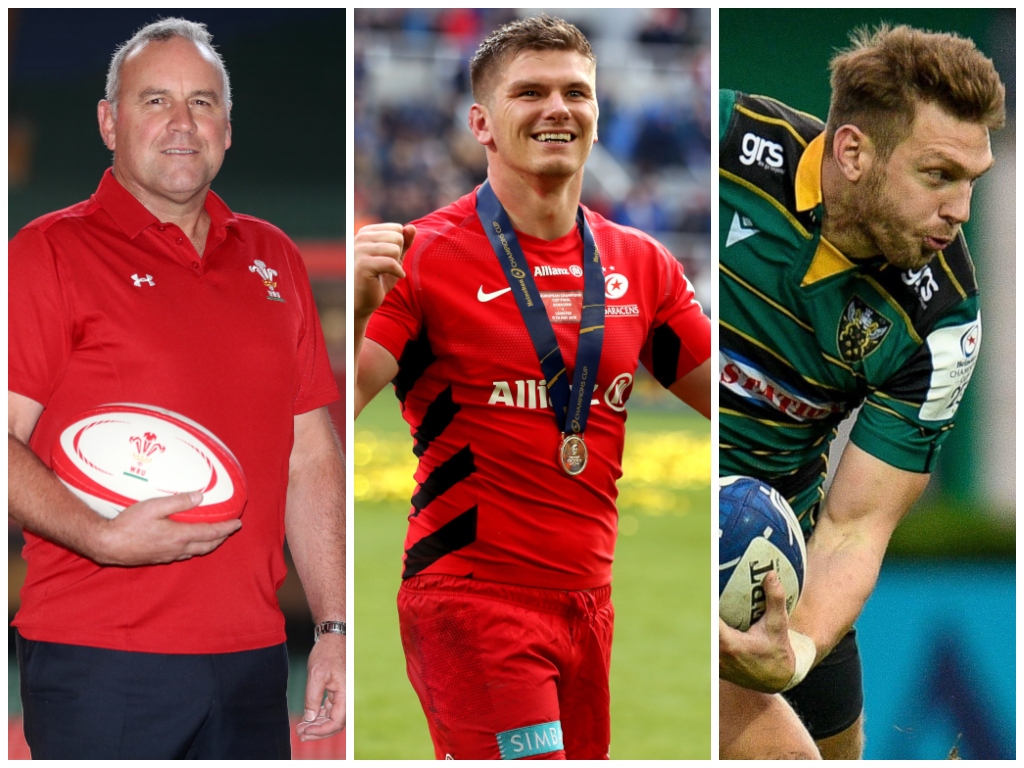 The short side returns to Planet Rugby as we study the main talking points ahead of all the domestic action and Wales’ game against the Barbarians.

This fixture will bring down the curtain on this year’s international programme and, although it does not have Test status, it should be a hard-fought match between two highly-skilled teams.

Adding spice to the encounter is the fact that it is Wales head coach Wayne Pivac’s first match in charge of the Six Nations champions while his predecessor – Warren Gatland – will be calling the shots in the Baa-baas camp. Pivac will be determined to start his tenure with an impressive performance and, although the Barbarians are renowned for their carefree style of play, the home side can prepare themselves for a tough challenge from their opponents, who have become a competitive unit during the past three weeks spent with each other.

The match will also afford Gatland the opportunity to say goodbye to the Wales faithful, after his 12-year stint as the national team’s coach and, judging from the strong Baa-baas team selected, he aims to depart on a high. With stalwarts like Leigh Halfpenny, Justin Tipuric and the recent World Cup’s top try-scorer, Josh Adams, in Wales’ run-on side and experienced internationals like Mathieu Bastareaud, Rory Best and Tyler Ardron lining up for the Barbarians, this should be a very entertaining affair.

He’s kind of a big deal around here 🤩👌

Great to see the reception Warren got and the volume of autographs he signed 👏#Baabaas #rugby #rugbyunited 🏉 pic.twitter.com/8kak0OApp1

Irrespective of where both sides are in the table, the East Midlands derby is always a huge game. It used to be a match between two established play-off contenders, but Leicester could not currently claim to be in that category.

They may well have their England stars back in action, which will significantly boost their ailing team, but some have still tipped the Tigers to struggle and potentially succumb to the relegation trapdoor.

With Geordan Murphy’s men currently in 11th place – kept off the bottom by salary cap breachers Saracens – it does not get any easier against the Saints, who have been revitalised under Chris Boyd.

After qualifying for the semi-finals last season, Boyd appears to have built on those foundations and they go into the encounter in second position. Ignoring the irrelevant Premiership Rugby Cup, Northampton have emerged triumphant in five of their six matches in 2019/20 and have plenty of confidence in their ranks.

Although form often goes out of the window in these derby games, the hosts have a distinctive style of play, while the Tigers are still desperately searching for an identity, and that could make a significant difference at Franklin’s Gardens on Saturday.

After a shaky start, in which they lost three out of their four opening matches, Glasgow Warriors will be determined to get their campaign back on track when they host the champions in a repeat of last year’s final.

Although their PRO14 form has improved, the Warriors head into this match after suffering a defeat to Exeter Chiefs in the Champions Cup. Meanwhile, Leinster come into the game in a confident mood after notching an impressive away victory against Lyon. They are in a rich vein of form as they also beat Benetton in their opening Champions Cup match and are flying in the PRO14 after winning all six of their previous games in the competition.

That means the Irish province is sitting pretty at the top of the Conference A table with 29 points while Glasgow are 14 points adrift in fourth spot. With the away side in such fine form, the Warriors will have to cut down on the error rate – which proved costly against Exeter – if they want to be victorious. With plenty of experienced players in their ranks and a good coach in Dave Rennie, they are capable of causing an upset but will have to deliver their best performance of the season to do that.

What a shot in the arm for the reigning Premiership champions as they welcome Owen Farrell, Maro Itoje and Billy Vunipola back into the XV for Friday’s clash at Bath. Jamie George is also handed a first start of the club season while Mako Vunipola and George Kruis are included.

Bath are duly going to have their hands full at the Recreation Ground as Saracens look to chip away at that negative points tally next to their name on the standings. With a line-up such as this one we would be hugely surprised if they don’t get into the black in quick time.

Two top-class pivots go head-to-head as Welshman Biggar faces one of England’s World Cup stars in Ford on Saturday. The half-back battle is always vital and these masters of the tactical game will search for supremacy at Franklin’s Gardens.

There will be particular pressure on the Leicester man, who is charged with providing his struggling team with a spark following a difficult opening to the campaign. However, the 26-year-old is playing with renewed confidence following a superb season for the Tigers in 2018/19 and an impressive couple of months in Japan.

Ford arguably kept the Welford Road-based outfit up single-handedly during the previous campaign and he will need to get into his club groove quickly if they are to overcome their arch-rivals.

His opposite number has slipped seamlessly back into Saints colours and starred in the Champions Cup over the past two weeks. Should Biggar continue in that fashion then it will be a long day for Ford and his team-mates.

Dan Biggar with the sauce 🔥

Just what is going on at the Ospreys right now? BBC Sport reported on Tuesday that the Liberty Stadium outfit had parted company with head coach Allen Clarke but a day later James Hook was incredibly careful with his comments on the matter. Fast forward to Thursday and the side has now posted a tweet saying they are “currently in discussion” with Clarke, which hints that his departure has yet to be rubber-stamped.

While results have been poor, one has to have some sympathy for Clarke as he’s been without a plethora of Wales internationals in the early season. Making life worse for the region this weekend is that Wales are back in action taking on the Barbarians, keeping those players out.

We are currently in discussion with Allen Clarke and we hope to have a resolution shortly. We understand the frustration of supporters but we would appreciate your patience.