Home Premiership Bristol The short side: New kings of Europe to be crowned 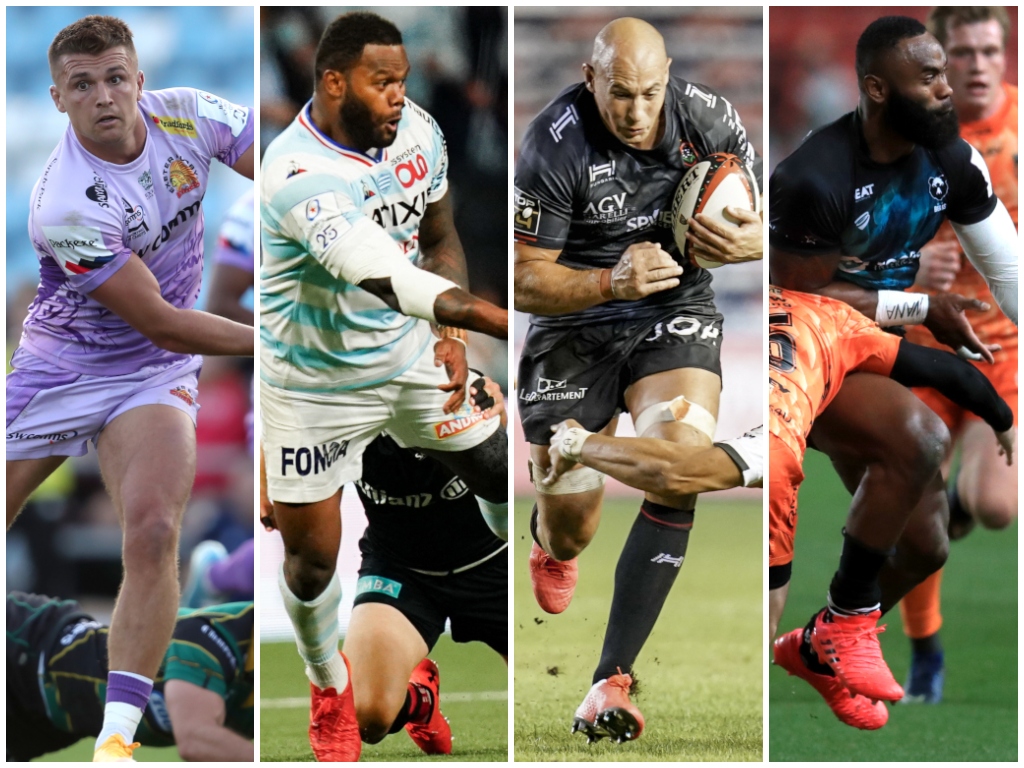 The short side returns to Planet Rugby as we study the major talking points ahead of this weekend’s action in the Champions and Challenge Cup finals.

It may not be in Marseille and in front of 67,000 passionate spectators, but the Champions Cup will finally conclude at Ashton Gate on Saturday, five months later than scheduled.

Providing the notoriously inclement English weather holds up, it should be a thriller as Exeter battle with Racing to become the kings of Europe. They are two teams that like to attack and spread play to the wider channels, but there is no doubt that the Frenchmen are the more creative.

With Finn Russell at the playmaking helm, they are willing to take more risks, but that doesn’t necessarily make them any more effective than the well-drilled Chiefs. Rob Baxter’s men prefer to take it through the phases, rarely panic when in possession and are the best team around when they enter the opposition 22.

Some may call it boring, as their forwards power towards the line five metres out, but it takes plenty of skill and ingenuity behind the scrum to get themselves into position to drive their way across the whitewash from close range.

Exeter are blessed with power, athleticism and dexterity, and they showed that in abundance as the Devonians overcame a stern challenge from Toulouse in the semi-finals.

The Chiefs also have the benefit of home country advantage, with the match taking place in Bristol, but they will have to be wary of their maverick opponents. Racing 92 are stacked with star power in the backline and can score quickly, even against the best sides.

Should the Englishmen start slowly then that will very much open the door for the Parisians, who have the quality to take advantage of any slackness from the West Country outfit.

Racing have lost their their previous two Champions Cup finals and they will be desperate to make it third time lucky, but the consistency and clinical nature of Exeter may just see Baxter’s charges edge the contest.

The weekend’s play-off action gets underway at Stade Maurice-David in Aix-en-Provence in what promises to be an exciting encounter between two entertaining sides.

Although the Challenge Cup is the lesser of Europe’s two cup competitions, Toulon and Bristol will be highly motivated as both teams are aiming to win the tournament for the first time.

These teams are worthy finalists as they are both unbeaten so whoever comes out on top in this encounter will be deserved champions.

Toulon have a rich history in Europe – after winning the top-tier competition for three years in a row from 2013 to 2015 – and with this match being played in France, they will start as favourites.

Patrice Collazo’s charges are in a rich vein of form after finishing at the top of their pool after winning all six of their matches against Scarlets, Bayonne and London Irish.

Bristol by contrast, won five of their six encounters in a pool also comprising Brive, Zebre and Stade Français with their only blip being a 7-7 draw away to the Italian outfit in Round Six.

Following that, they impressed in beating the Dragons 56-17 in their quarter-final clash before notching a 37-20 triumph over Bordeaux-Bègles in the semis. Meanwhile, Toulon claimed a hard-fought 11-6 victory over Scarlets and beat Leicester Tigers 34-19 in their semi-final encounter.

That sets the scene for an entertaining duel with Bristol and don’t be surprised if this final, between two evenly-matched teams, goes down to the wire.

So much has been said and written about Bristol’s star centre but the hype is certainly justified as Radradra is one of the game’s undoubted stars and arguably the best attacking player in the game at the moment.

When on song, Radradra can breach any defence with his explosive power and quick feet, while he is also an adept defender who has the ability to put in some big hits. Those characteristics and an astute rugby brain are amongst his strengths and he will be determined to make a big impact after a low-key performance – by his lofty standards – in Bristol’s Premiership semi-final defeat to Wasps last weekend.

Will the flying Fijian prove the difference when Pat Lam's men take on @RCTofficiel in the #ChallengeCupRugby Final? 🔑 pic.twitter.com/50RbKMbmh2

That game saw the unusual sight of the 28-year-old being replaced in the game’s final quarter but, despite his early exit, Radradra still gained 60 metres on attack from eight runs which included two clean breaks and two defenders beaten.

The decision by Bristol’s director of rugby Pat Lam to replace Radradra in that game was obviously to keep him fresh for the clash against Toulon – a team who Radradra represented with distinction from 2017 to 2018 – so don’t be surprised if the Fijian comes to the fore with another sensational performance.

There are few more explosive players in Europe than the current France centre, who is often the spark in Racing’s attack. Vakatawa has once again been key in his side’s run to the European showpiece event, playing a significant part in the try which knocked out defending champions Saracens in the semi-finals, and Henry Slade will have his hands full on Saturday.

Compared to the pace and power of the 28-year-old, Slade is the silky smooth playmaker who provides the creativity in Exeter’s midfield. His deft touches and booming left foot are integral to the Chiefs, while the England international’s footwork and balance allows him to get through the smallest of gaps in the opposition defence.

The focus, however, may well be on his defence when he comes up against Vakatawa. The former age-grade fly-half has previously dealt well with big units when playing in the Premiership, but the Racing man has a quicker change of direction than most.

It is that stepping game which keeps defenders off-balance and Slade will have to be at his best should he be left one-on-one with the New Zealand-born speedster.

Firing @racing92 into the #HeinekenChampionsCup Final in sensational style 🔥

Who are their most important attacking threats ahead of Saturday? pic.twitter.com/Ot1aeFzagO

Subplot to watch – a weekend of firsts in Europe

It will be a unique couple of days in European rugby. Even forgetting coronavirus and the impact that has had on the sporting landscape, two historic events will take place this weekend as new winners of the respective competitions will be crowned.

Interestingly, Toulon are the only one of the four to win a European title, but they are yet to lift the Challenge Cup. The Stade Mayol outfit succumbed in finals in 2010 and 2012, and will be determined to overcome that hoodoo against a Bristol side making their first appearance in the showpiece event.

A day later, Exeter and Racing face off hoping to take the biggest club prize on the continent. Like their French counterparts, the Parisians have fallen at the last hurdle twice, having gone down to Saracens and Leinster in 2016 and 2018 respectively, leaving them desperate heading to Ashton Gate.

Is it a changing of the guard? Possibly not, given that four-time winners Leinster remain an incredibly strong outfit, but it is great for the competition that there will be a new name on the trophy.