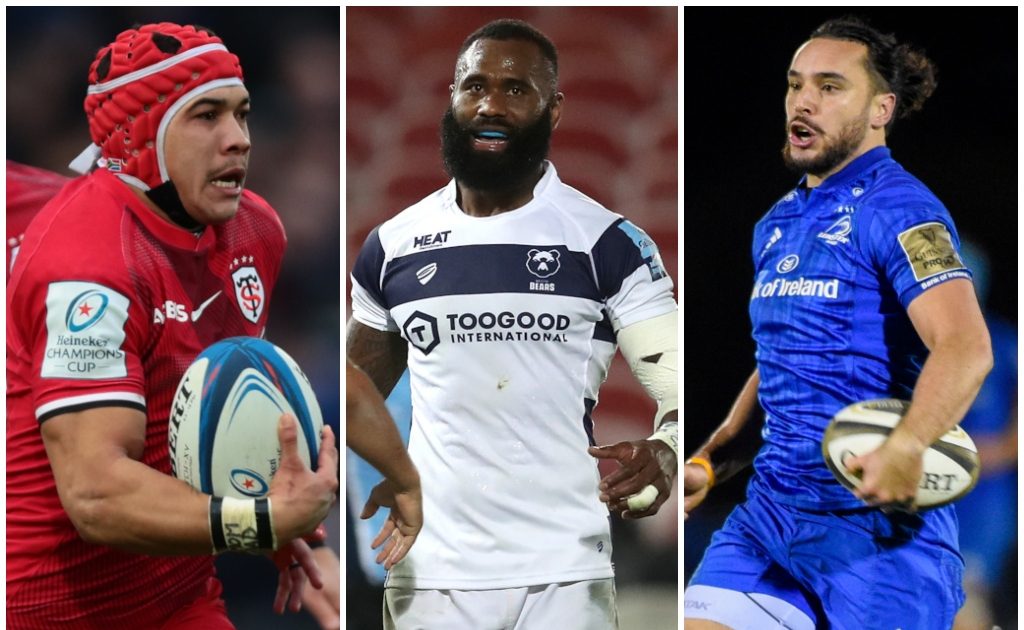 The short side returns to Planet Rugby as we study the major talking points ahead of this weekend’s action in the European Champions Cup and Challenge Cup.

The Champions Cup makes its long awaited return this weekend as Leinster and Toulon kick off the round-of-16 ties at the RDS Arena.

Leinster head into the game full of confidence after wrapping up their fourth straight PRO14 title in a 16-6 win against Munster. Leo Cullen’s men will now be looking to add the 2021 Champions Cup to their trophy cabinet and make it their first double since the 2017/18 season.

History actually favours the visitors in this fixture, with the French giants winning their last four matches against Leinster, but Toulon have struggled this season and are currently seventh in the Top 14, 14 points off Toulouse in first.

They head into the game in patchy form with Patrice Collazo’s team winning just two of their last six matches. The three-time European champions will need to find a way to stop Leinster’s free-flowing attack if they are to pull off an upset in Dublin.

Cullen’s men led the PRO14 with 82 tries and 576 points this season and added nine in just two Champions Cup matches prior to the cancellation of the pool stage. So far only Connacht and Ospreys have managed to contain and defeat Leinster this year thanks to an inspired display from Jack Carty, while the Welshmen pulled off an upset thanks to three late tries.

If Toulon are to shock the Irish province they’ll likely need an inspired display from captain and scrum-half Baptiste Serin, who will be their chief playmaker.

The TOP 14 side have won all four of their @ChampionsCup clashes with the Irish province.

Munster will be eager to rebound from their PRO14 final loss in Dublin as they look to defeat Top 14 pace-setters Toulouse on Saturday.

As mentioned, the Limerick-based outfit fell to defeat against rivals Leinster less than a week ago, further extending their title drought, so they will hope to earn their redemption by conquering Europe this time around.

Johann van Graan’s men must learn to overcome that losing mentality which has seen them falter in the latter stages of competitions. However, beating arguably the best team in France will go some way towards showing that Munster can do it when it matters.

As for Toulouse, with the Top 14 firmly in their sights they must swiftly turn their attention to Europe as they prepare to face a wounded Irish team. Ugo Mola’s side come into this game with confidence, winning two of their last three, including a triumph over second place La Rochelle.

Mola’s men also boast the best attack in France in terms of points and tries scored with 614 and 75 respectively. Led by two of the world’s best in Antoine Dupont and Cheslin Kolbe, they are almost impossible to stop when on the front foot.

Having just returned from injury, the Fijian will obviously be a crucial component of the Bears side this weekend, but it will also be a special day personally for Radradra.

After moving to rugby union in 2017, signing for Toulon on a short-term deal, the back then left for Bordeaux-Begles and spent two successful years there before moving to the Premiership.

He quickly became a fans’ favourite and helped UBB to the top of the league prior to the Top 14 being cancelled due to the Covid-19 pandemic.

Bristol duly face Bordeaux on Sunday and Radradra will get the opportunity to play at his former home once more. Although these teams met in the 2020 Challenge Cup semi-finals – a superb match eventually won by the Englishmen – the French outfit have home advantage this time around.

The 28-year-old no doubt has fond memories of his time in the south of France, but that will mean little to him during the 80 minutes on the field.

Pat Lam’s men have dominated domestically this season but facing a Top 14 side away from home is an altogether different proposition. It means that Radradra will have to be at his best if the Bristolians are to claim a place in the Champions Cup quarter-finals.

How did he do that?? 🤯@radradra_semi was a force to be reckoned with this weekend as @BristolBears extended their lead at the top of the #GallagherPrem 🐻

Tune in tonight at 7pm on @Channel5Sport to see the highlights of this game and all the fixtures from the round 📺 pic.twitter.com/gfjSLuDKTp

It has not been the greatest couple of seasons for the Ireland legend, who has received plenty of criticism for his performances in both a red and a green shirt, but there were significant signs of life at the end of the Six Nations.

Murray was exceptional as Ireland dismantled England, with the scrum-half and playmaking partner Johnny Sexton rolling back the years in fine style. The box-kicking was on point, while he moved the ball at pace and kept the Red Rose defence guessing throughout.

The 31-year-old may have struggled to impose himself in the PRO14 final, but he wasn’t the only one on that day. No doubt Munster – and Murray – will need a much-improved showing against one of the modern game’s most talented players in Dupont.

Interestingly, the France star wasn’t at his best towards the latter stages of the Six Nations and he, somewhat surprisingly given his form over the past 18 months, has something to prove.

Under the weight of expectation, as Les Bleus went in search of their first title in 11 years, the Toulouse man faltered. We rather doubt that his slight downturn in form will last but Les Rouge et Noir will hope that it doesn’t extend into this weekend.

Toulouse have the skill, the pace and the physicality to become European champions this season, but their scrum-half is the heartbeat of the side and a lot will be down to how he can dictate the match if they are to move a step closer to a record fifth crown.

Subplot to watch – A big chance to impress for Lions hopefuls

Time is running out for those on the cusp of British & Irish Lions selection to press their claims for a spot on the plane to South Africa later this year. On head coach Warren Gatland’s notepad should now be a fair chunk of names secured of their place in the squad but there’s sure to be some room for change and an addition or two as the final sprint to impress ramps up this weekend.

The Champions Cup and Challenge Cup matches are an ideal platform for individuals to prove their worth and, with the pressure intensified due to it being knockout rugby against the best of the European club game, Gatland will have plenty of reason to take what he sees from Friday through Sunday very seriously indeed.

These competitions offer the next best opportunity to impress after the Six Nations, particularly if the recent international excursion had not gone quite as the players would have liked. That certainly rings true for Leinster’s James Lowe, who endured a torrid game against Scotland and was subsequently dropped for the England encounter.

There is also a chance for those outside the Test reckoning to be this tour’s bolter, which is what Sam Simmonds will be aiming for. To the surprise of everyone other than Eddie Jones himself, the number eight has not seen his outstanding form rewarded with an England call-up, but it seems as though Gatland is interested in the Exeter Chiefs man. Should Simmonds continue his fine form in Europe then he may take a place on the plane.

Kicking off the action on Friday afternoon is Zebre v Bath, who have Anthony Watson, Taulupe Faletau, Sam Underhill among others involved, while elsewhere on Saturday there’s Benetton v Agen.

But it’s the aforementioned six showdowns that we are looking forward to most and it is fantastic to see so many heavyweight clubs in the mix and taking this competition seriously, with four former Heineken Cup winners all looking to get their hands on the second tier silverware this season.