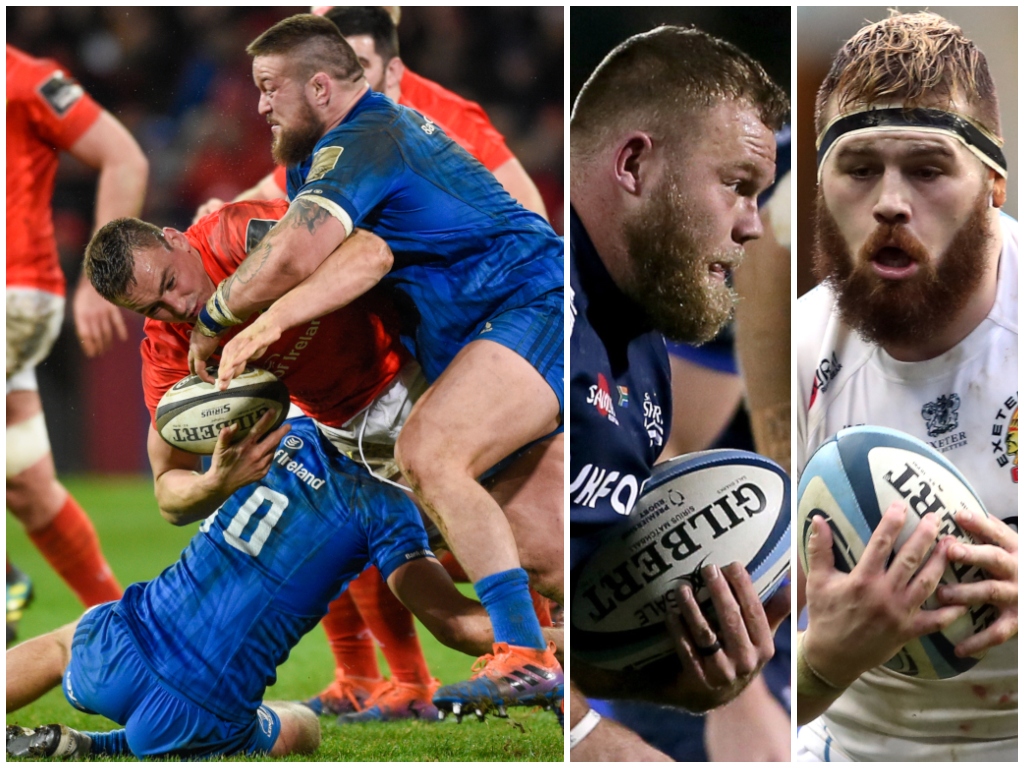 After finishing on the losing side against Harlequins at Twickenham Stoop last weekend, Sale Sharks will be highly motivated to get their campaign back on track when they host Exeter Chiefs in Friday’s early game at the AJ Bell Stadium in Salford.

That is easier said than done, however, as Exeter hit the ground running upon the season’s restart last weekend as they came out firing in their first game back and continued with their excellent form courtesy of a bonus-point victory against Leicester Tigers at Sandy Park.

With players like England centre Manu Tuilagi and Springboks scrum-half Faf de Klerk in their ranks, Sale possess plenty of star power and both those individuals are amongst the best attackers in the game. They also have a big pack of forwards where the likes of the Du Preez twins, Dan and Jean-Luc, and fellow Bok Lood de Jager will be leading the charge, while Tom Curry is expected to make his mark at the breakdown, on attack and as link between forwards and backs.

Despite trailing during the early stages of their win over Leicester, Exeter remained patient and showed why they are currently sitting pretty at the top of the standings with a fine performance which paved the way to victory.

With attacking threats like Stuart Hogg, Henry Slade and Sam Simmonds in their ranks, Exeter should test Sale’s defence throughout but they know that there are aspects of their own game – especially up front – which will also face a stern examination from their opponents. Another victory for Exeter will consolidate their position at the top while Sale know that they can ill-afford another defeat as they aim to keep the pressure on Rob Baxter’s charges.

Despite being in pole position on the table, Exeter will be highly-motivated to get the better of Sale as the Sharks secured a narrow 22-19 win when these sides met at Sandy Park earlier this year.

The PRO14 is back with a bang as two of the biggest teams in Europe go head-to-head in what should be a thrilling contest. In the first of two derby rounds, plenty is at stake for the Limerick outfit, who are competing with Edinburgh for top spot in Conference B.

Following the alteration to the structure of the league due to Covid-19, their position in the semi-finals already appears assured with them eight points ahead of third place Scarlets.

Only two encounters remain, including Saturday’s match, in this shortened campaign, and Munster will be looking to usurp Edinburgh at the summit of their division.

Two points separate the duo with the team that finishes top getting the advantage of a home game in the semi-final. That seems a mightily tough ask for Johann van Graan’s men, however, who will likely have to win their remaining matches.

Against the unbeaten Leinstermen in Dublin, it is perhaps hope rather than expectation for the two-time European champions. They are boosted by the additions of South African World Cup winners RG Snyman and Damian de Allende, who joined the province recently, and Van Graan will hope that the duo will settle into life immediately.

If they don’t then Leo Cullen’s charges will enjoy their day against their arch rivals. They are, having enjoyed a remarkable campaign prior to lockdown, currently the best side in Europe. Although they have lost James Ryan to injury, the Dubliners are still stacked with talent and will no doubt look to field a strong squad as they build towards the last-four.

The England and British & Irish Lions front-row will be champing at the bit as he is set to make his first start for Bristol in their encounter against Gloucester at Kingsholm.

Sinckler, who joined Bristol as a high-profile signing from Harlequins earlier this year, is arguably the best tighthead prop in the world as his game has come on leaps and bounds in recent years. Apart from doing well in the scrums, he is also good on attack and showed his class by scoring a memorable try for England during their 2019 Rugby World Cup quarter-final win over Australia, before delivering a fine performance in their memorable semi-final win against New Zealand.

Not a bad time to score your first test try…

Special moment for prop Kyle Sinckler in a dominant win by England against Australia.#RWC2019 #ENGvAUS pic.twitter.com/kOPaxm7zJX

He showed why he is so highly-rated with another fine all-round showing when he made his Bristol debut as a second half replacement in a hard-fought 16-12 triumph against Saracens at Ashton Gate last weekend. The 27-year-old did what was expected of him in the execution of his core duties but also caught the eye with some deft touches with ball in hand which helped his team over the line in the end.

He new club’s supporters will expect more of the same from him against the Cherry and Whites this weekend.

Two outstanding hookers go head-to-head on Friday when Sale take on Exeter at the AJ Bell Stadium. They both impressed in the Champions Cup tie in Greater Manchester in December, with both crossing the whitewash in the Chiefs’ 22-20 triumph.

On that occasion, Van der Merwe touched down twice and enjoyed a slight edge in the loose exchanges against his opposite number, despite the visitors emerging victorious.

The South African will need to reproduce that effort with ball in hand this weekend and then improve his set-piece work if they are to challenge in-form Exeter. Without lineout guru Bryn Evans and the ever-reliable hooker Rob Webber, who departed following the expiration of their contracts, they struggled against Harlequins.

Meanwhile, it was much smoother sailing for the Chiefs versus Leicester. They have added Scotland star Jonny Gray to their second-row stocks, which has certainly aided Cowan-Dickie.

Like Van der Merwe, throwing is not the Exeter man’s greatest facet, having only switched from prop in 2013, but he has improved significantly in that area and is much more consistent than Sale’s mobile front-rower. Could that be the difference on Friday?

Subplot to watch – 1872 Cup and the battle in Conference B

As mentioned above, it is a big weekend for the top two in Conference B and the league leaders will attempt to cement their position at the summit when they face arch rivals Glasgow Warriors.

They could even seal top spot should they overcome Danny Wilson’s men and Munster succumb to Leinster on Saturday. That outcome is arguably the most likely this weekend with the Warriors rebuilding following Dave Rennie’s departure and the men from the capital impressing under Richard Cockerill prior to lockdown.

The incentive is all with Edinburgh as they attempt to secure a home game in the play-offs, while it is highly improbable that Glasgow will make the last-four, but the 1872 Cup is still up for grabs.

Once again, Cockerill’s charges are favourites having claimed a 29-19 triumph in December and, with the next two games taking place at Murrayfield, it will be familiar surroundings for the club.

On the PRO14’s first weekend back after an enforced break, it could well be a special one for Edinburgh.

There are four other Premiership games scheduled for the weekend and several of the sides in action will be highly-motivated to notch victories as they try to stay in contention for a play-off berth.

On Friday, Wasps will be determined to continue their fine recent form when they host Worcester Warriors at the Ricoh Arena. Saturday’s action gets underway when Saracens take on Harlequins at Allianz Park before London Irish and Northampton Saints do battle at Twickenham Stoop. The Exiles are currently playing games at The Stoop while work on their new home – the Brentford Community Stadium – is held up due to the Covid-19 pandemic.

Meanwhile, the PRO14 action gets underway on Friday night when Benetton and Zebre do battle in an Italian derby. On Saturday, the Scarlets face Cardiff Blues and the round concludes on Sunday when Connacht and Ospreys plays hosts to Ulster and Dragons respectively.