Home Champions Cup The short side: History and derbies ramp up quarter-finals 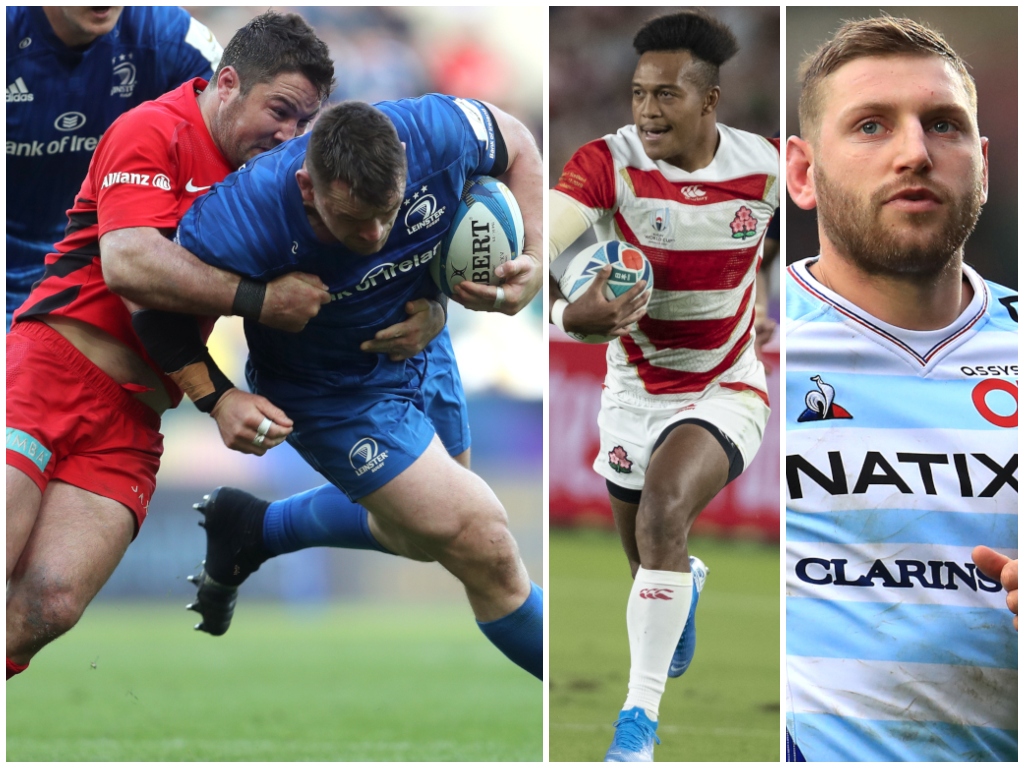 These two teams know each other well after duels in the previous two editions of this competition, but there is an element of uncertainty surrounding this encounter. Although Leinster, after going through the PRO14 season with a perfect record and duly claiming the title, look in fine fettle, the same cannot be said for Championship-bound Saracens.

Ultimately, with Sarries’ European excursion their only aim this season, lockdown could not have come at a worse time for Mark McCall’s men. While they have retained the core of their squad, with Maro Itoje, Jamie George, the Vunipolas, Mako and Billy, and Owen Farrell all remaining, some key members of their squad have departed due to their relegation for salary cap breaches.

Imposing lock Will Skelton and talented prop Titi Lamositele have left for France, while a number of young England hopefuls have joined other clubs on loan. It leaves them relatively bare and that has been shown in their domestic form.

The Londoners have targeted this quarter-final since rugby’s return but, where their depth would ordinarily continue the team’s momentum into the big games, their performances have taken a nosedive. Their supposedly strongest 23 succumbed to a second-string Wasps recently – a game which of course saw Farrell sent off for a shocking tackle – and that will be a concern heading to Dublin.

One of the criticisms of the PRO14 is the competition’s lack of intensity but Leinster are the team that are battle-hardened going into this weekend. Their clash against Ulster in the final was ferocious and will surely benefit Leo Cullen’s charges.

It also exposed a couple of their weaknesses which need to be rectified in the latter stages of the Champions Cup. The Irish province’s usually imperious lineout struggled last weekend and they will no doubt refine and be ready for the visit of Saracens on Saturday.

At their best, Sarries will be a significant challenge for Leinster and their motivation is arguably even greater, but the hosts are clear favourites this weekend. They have enjoyed a stunning 2019/20 campaign and the squad will go down as one of the greats should Cullen’s men finish the season unbeaten.

An all-French tie lights up the late Saturday game as two European giants go head-to-head at the Marcel Michelin in what should be a thrilling clash. Both teams are renowned for their free-flowing style and, as a result, expect a fast paced contest.

Of course, there is a risk that it will superseded by a conservative approach, with plenty at stake in the Champions Cup quarter-final, but we don’t see that happening. These two are at their best when playing at a high tempo, with their respective backlines the stars of the show.

Clermont, albeit without supporters, have home advantage but they are struggling to find their rhythm having edged past 13-man Toulouse before succumbing to Bayonne. That form is in contrast to Racing, who have been utterly spellbinding since the start of the 2020/21 Top 14 season. Their victory away at Lyon was impressive – a side they have struggled with in the past – but it was the dominant triumph over Montpellier that particularly caught the eye.

Philippe Saint-Andre’s men are stacked with talent, but they were blown away by the Parisians. Scottish star Finn Russell was simply outstanding, wreaking havoc throughout with a series of tricks that left their opponents’ defence befuddled, and he will no doubt play an important part this weekend.

With Racing performing well early on in their season, they are favourites and actually defeated Clermont away from home in the Champions Cup quarters back in 2018. The two teams seem to be at a similar stage of their development heading into this contest, with the visitors looking like title challengers, both domestically and in Europe, and Auvergne still searching for the right formula.

No doubt, there is plenty of ability in the hosts’ ranks, but it may not be enough to overcome the Parisians, who topped a difficult European group, which included Saracens and Munster, earlier in the year and were also in contention in the Top 14 before the 2019/20 campaign was curtailed.

The Brave Blossoms star makes his European debut on Saturday and it is fair to say many are excited after what they witnessed from him while playing for Japan last year. The 27-year-old is an excitement machine and lines up at full-back for Clermont in a dangerous backline that also includes France wing Damian Penaud.

Matsushima has the ability to unlock defences at will, as he proved against Russia in the opening match of the tournament. He finished the Rugby World Cup with five tries to his name as he announced himself on the global stage with a bang and should hopefully do likewise in the Champions Cup, with Racing wary of his threat.

So it is Goode that has been entrusted with the responsibility to steer his Sarries team-mates around the park in Dublin on Saturday. He is taking the place left vacant by Farrell, who was suspended for five weeks after a horrific high tackle on Wasps’ Charlie Atkinson.

It is an interesting decision by Mark McCall and his coaching staff, with Manu Vunipola a player that has enjoyed a fine season. The 20-year-old is generally the preferred player at pivot when Farrell is out, but the Londoners have ultimately gone for experience over youth.

Goode was the star fly-half for England at age-grade level but soon found his home at full-back and has rarely played at 10 over the years. He has done it enough for McCall to know that the 21-times capped international can do a competent job at Champions Cup level, but he will be going head-to-head against one of the best in the world.

Sexton missed out on a starting spot in the PRO14 final, with the Leinster hierarchy deciding to reward Ross Byrne for his displays in the league during 2019/20, but the starting Ireland fly-half has returned for this crucial encounter.

Sexton may have endured a mixed couple of seasons after receiving the World Rugby Player of the Year award in 2018, but seldom performs poorly in a blue shirt. The 35-year-old is the heartbeat of the side and should enjoy the better of the head-to-head with Goode.

He also has a hugely impressive pack in front of him and a backline which he knows extremely well. Centres Robbie Henshaw and Garry Ringrose have formed a superb combination in the midfield, while the back three have speed and skill in abundance.

Will the English side end their undefeated run so far? 👀 pic.twitter.com/Q2GDgokj2t

Subplot to watch – A rout at Sandy Park?

Many fear it could be a cakewalk for Exeter when they face an out-of-form Northampton side on their home patch in Devon. Apologies to Saints fans but we are of the same mindset as the Chiefs should secure victory with plenty to spare on Sunday.

Rob Baxter’s men are such a formidable force, especially at home, and the forward pack will fancy their chances of turning the screw up front against their struggling Premiership rivals. It’s not just in the tight where the hosts should dominate as their backs too could well cut loose in what is likely to be a horrible evening for Northampton followers. We are predicting a 30+ point victory for Exeter at Sandy Park. Harsh call or a fair assumption?

The action begins on Friday when high-flying Bristol Bears take on a dangerous Dragons side at Ashton Gate. The Welsh region boast plenty of talent in their backline, such as centres Jamie Roberts and Nick Tompkins, but it is hard to see them getting the better of Pat Lam’s team, who are playing some superb rugby at the moment. In Semi Radradra, Nathan Hughes and Chris Vui they have incredible threats but it’s the ability of all players in possession that makes them lethal.

The two games on Saturday see Bordeaux-Begles clash with Edinburgh before Toulon and Scarlets meet in what should be a cracking day of Challenge Cup rugby. All four teams play attractive rugby and there could be high-scoring games here, but will these French outfits’ lack of minutes be a hindrance for them? We wait to see.

Finally, Sunday’s last quarter-final pits Leicester against Castres at Welford Road in what is a must-win game for the former as they look to salvage something from what has been a hugely disappointing season. The Tigers currently sit second bottom in the Premiership so a run to European glory would heal those wounds.