Home Premiership The short side: Exciting games to watch in the URC and Premiership and tasty back-row battle 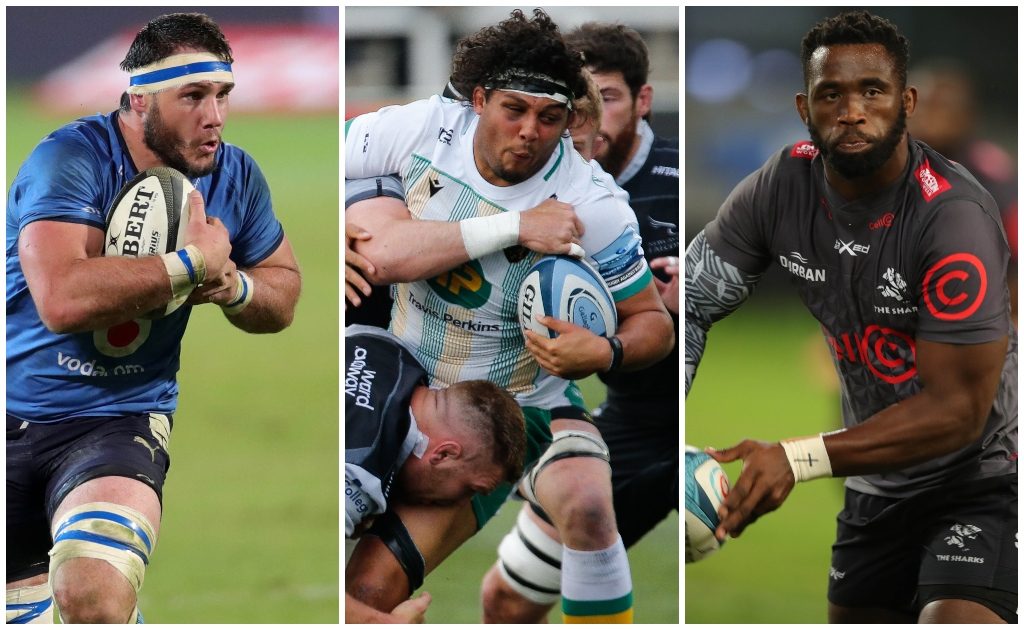 The short side returns to Planet Rugby as we study the major talking points ahead of this weekend’s action in the Premiership and United Rugby Championship.

This all-Irish encounter kicks off the United Rugby Championship play-offs as two teams under pressure to produce go head-to-head in Belfast.

Both provinces are ambitious, have external and internal expectations placed on them and should really have won more silverware than they have, which means this match is particularly important.

Ulster have performed consistently well in the PRO14/URC under the guidance of Dan McFarland but that has yet to result in a trophy. That is perhaps difficult when you have to contend with the might of Leinster, who have dominated the competition over the past few years, but they haven’t really closed the gap over the last couple of seasons.

In 2019/20 and 2020/21, the Dubliners stood in their way as Leo Cullen’s charges defeated the Ulstermen in the 2020 final before they then topped Conference A ahead of McFarland’s side a year later, despite the men from Belfast losing just two of their 16 regular season matches.

They have struggled to recapture the form of the previous couple of campaigns but they sill finished in third position in 2021/22 and face a team that, if anything, have regressed under Johann van Graan.

Munster were unfortunate to go out of the Champions Cup to Toulouse at the quarter-final stage but they were, quite frankly, never going to defeat Leinster in the last-four in any case.

For a team with such history and a huge fan base – both in terms of numbers and passion – they have not won anything of note in over a decade.

With Van Graan departing for Bath at the end of the season, he and the players will want to end his tenure on a high note, but they will find it tough at the Kingspan Stadium.

It is a difficult game to call with plenty riding on the result, so expect a tight and nervous encounter in the Northern Irish capital.

With ring-fencing taking relegation off the table, Leicester Tigers and Saracens confirming home games in the semi-finals, the last thing to be decided in the Premiership comes in the form of the final play-off place.

The equation is simple for Northampton; win and they are in the top-four, where they will likely face a trip to arch rivals Leicester. The Saints have been in fine form over the second half of this season and realistically they should have no problems in dispatching the struggling Falcons.

Chris Boyd’s men are one of the best teams to watch and have the ability to rip teams apart. Half-backs Alex Mitchell and Dan Biggar, who have been in superb form, largely dictate their play, while they have some very smart and athletic outside backs.

On paper it looks like it will be a long afternoon for Newcastle, who have nothing to play for and have endured another wretched campaign. Fiscally they are underpowered in comparison to the rest of the league and it has showed in their results.

Perhaps their main motivation will come in the shape of their director of rugby Dean Richards. The former Leicester and Harlequins boss has done a superb job at the Tyneside outfit, helping them to the play-offs in 2016, but his 10-year tenure will end after this match.

Newcastle’s players will no doubt want to give him a positive send off and, if they can, then that will open the door for Gloucester to potentially nick fourth place.

The Cherry and Whites will claim the last position in the play-offs if they win and Northampton lose, but George Skivington’s men have the daunting task of taking on the in-form Saracens. It means that the final day of the Premiership could prove to be a damp squib but sometimes it throws up funny results and that’s part of the reason why we watch it.

The decision to move the talented 25-year-old from full-back to fly-half was initially greeted with sheer bemusement but it has seemingly proven to be a masterstroke.

Kinghorn’s playmaking skills were always highly-regarded as a youngster but putting them into practice in the primary decision-making position was the biggest concern. However, the transition has been seamless and he has slotted in superbly at pivot, putting in a series of fine displays to help the Scottish side qualify for the play-offs.

His biggest challenge arguably comes this weekend, however, when they head to Cape Town to take on the Stormers. No doubt John Dobson’s men will look to impose themselves physically and that will inevitably include putting pressure on the Scotland international.

They will target Kinghorn and attempt to close down his options, but he has shown himself to have a number of weapons in his arsenal. By being a Test-class full-back, he obviously has pace, footwork and balance, but his passing game – particularly long range – has been a revelation, while the 31-times capped Scot has also displayed good decision-making skills.

Those will certainly be challenged by an impressive Stormers defence but it is worth keeping an eye in his performance, especially ahead of the mid-year internationals.

On form, it is staggering that the Bulls man has struggled to get in the South Africa squad given his outstanding performances week in, week out for Jake White’s men. His presence at the breakdown, carrying ability and leadership qualities have been out of the top drawer since joining the franchise last year.

He will hopefully, injury depending, get the opportunity to add to his 30 caps and a fine performance this weekend will certainly help his chances, especially against the World Cup-winning Bok skipper.

Kolisi has been a superb captain for the Boks but he doesn’t have the responsibility with the Sharks. Instead, it is Lukhanyo Am and Thomas du Toit who have had that responsibility, which very much allows the 30-year-old to focus on his on-field efforts.

The back-row has played some wonderful rugby over the past 12 months and he will need to be at his best if the Sharks are to defeat the Bulls in Pretoria. It will be a tight encounter and the victor in this duel might just tip the balance.

After pretty much everyone expected the Irishmen to claim their fifth European star, the loss must have come as a huge shock to those within the province. With their international-laden squad playing the type of rugby rarely seen in Europe’s top-tier competition, Leinster were heavy favourites, but they came up against a physical and smart team in La Rochelle.

It meant their Champions Cup dream was left in tatters – despite going into the final quarter 18-10 ahead – and forced them to focus all their attentions on the league. While the URC would have been an afterthought ahead of the European showpiece event, it now becomes a priority for the Dubliners.

They will demand some silverware from another excellent campaign and, having won this tournament – or at least its equivalent – over the past four years, Leo Cullen’s men will not want to let that record slip.

Leinster should not have too many problems with their quarter-final opponents Glasgow Warriors but the Bulls or the Sharks, who await in the semis, have the physicality to cause them problems in the last-four.

The Warriors will hope their opponents’ minds are elsewhere this weekend but champion sides tend to react well to these setbacks and you somewhat fear for Glasgow on Saturday.